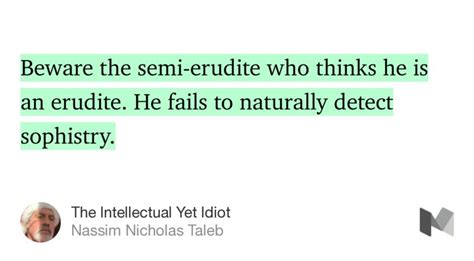 First things first : the guy’s pretty good. The Incerto series is mandatory reading for anyone trying to deal with real world risks.

Now to the brass tracks.

Nassim Taleb is a fan of the so-called precautionary principle. Now that, by itself, might not be a problem if all you’re dealing with is a one-dimensional concave curve of harm that he depicts in his literature :

It is also perfectly applicable to the Russian roulette or poker table idea which Taleb expounds :

“Imagine an eccentric (and bored) tycoon offering you $10 million to play Russian roulette, i.e., to put a revolver containing one bullet in the six chambers to your head and pull the trigger. Each realization would count as one history, for a total of six possible histories of equal probabilities. Five out of these six histories would lead to enrichment; one would lead to a statistic, that is, an obituary with an embarrassing (but certainly original) cause of death. The problem is that only one of the histories is observed in reality; and the winner of $10 million would elicit the admiration and praise of some fatuous journalist (the very same ones who unconditionally admire the Forbes 500 billionaires). Consider the possibility that the Russian roulette winner would be used as a role model by his family friends, and neighbors.

While the remaining five histories are not observable, the wise and thoughtful person could easily make a guess as to their attributes. It requires some thoughtfulness and personal courage. In addition, in time, if the roulette-betting fool keeps playing the game, the bad histories will tend to catch up with him…

From Taleb’s Fooled by Randomness

Limits to the Precautionary Principle

Long story short, the precautionary principle breaks down when you have two competing concave curves.

Imagine that instead of offering to pay you 10 million, the tycoon locks you up and leaves you starving until you agree to play Russian roulette with him.

If you win, he lets you go. If you loose, you die. If you don’t play, you die from starvation.

Are you going to use the Precautionary Principle to decide you’re not going to play ? Maybe, but for how long are you going to wait to see if someone comes to rescue you ?

Storm in the Himalayas

You catch a snowstorm on a high mountain pass in the Himalayas.

If you decide to start descending down a steep mountain pass to save yourself, there’s a high chance of slipping and dying.

If you decide to sit and wait it out, the frostbite on your toes will get worse until you’d either (i) die of the frostbite and the altitude or (ii) make the descent down the pass treacherous even if weather becomes better a few hours later, because now your toes are a goner.

Can you apply the precautionary principle to this situation?

Covid and the Economic Costs of a Lockdown

Don’t be mistaken : the above counter-examples apply perfectly to the trade-off between lockdowns to stop Covid and the starvations that will result from the lockdowns.

Both the Covid curve and the starvation curve could be exponential.

As Saifedean Ammous has pointed out,

Panicky statists who don’t understand the complexity of markets imagine that an economy is like a game that can be paused and resumed at will. Stay home for 3 inconvenient months then life gets back to normal. But markets are not a simulation, they’re more like a living ecosystem.

As an ecosystem markets are made up of many living organisms, each of which is only able to survive because it has managed to find a place and a way to produce something valuable to others in this highly complex order. These jobs & firms are very hard to build but easy to destroy.

As the world is still operating on a primitive & highly fragile monetary system optimized for govt control rather than individual prosperity, govt money is terrible for saving. Very few people &firms have enough cash balances to survive weeks of no revenue.

Economic production is a highly intertwined & complex structure. Each business that’s gone also harms many others. Being able to establish a new ecosystem and production structure for everyone is going to be a very long & arduous process, even if all restrictions are removed today.

You cannot just freeze a forest ecosystem for three months and expect all living organisms to get back to life. Many will die, and it will take a very long time for replacements to grow. The panicky virus hysteria will cause far, far more damage & destruction than the virus.

A lot of people with bullshit fiat jobs which can be done from home had imagined that panicking is largely cost free. But as the second & third order effects of this calamitous global suspension of work intensify, they might be surprised to get a very heavy bill.

From his Twitter feed (apologies for the strong language)

In sum, the longer the lockdown continues, the EXPONENTIALLY greater damage done to the economic health of the population.

The starvation is already here. It will only get worse :

“‘Instead of Coronavirus, the Hunger Will Kill Us.’ A Global Food Crisis Looms” (New York Times including reporting from India).

“Why the Current Unemployment Is Worse Than the Great Depression” (Mises.org)

Taleb the Intellectual Yet Idiot (IYI)

Yet the so called “Precautionary Principle” is exactly the IYI level nonsense that Taleb is feeding us :

If you get on a plane, and someone tells you there’s a lot of uncertainty about the pilot.. what would you do ? It’s not costly to get off the plane if you get off early.

ILR Comment : What if you’re fleeing from a bunch of armed Somalians in Mogadishu and the only thing you got is this pilot ?

ILR Comment : Yeah right.. you’re probably going to cause more deaths from starvations than any non-lockdown situation. Watch Sweden, Belarus and the States in the USA which are now opening up very closely.

What’s better : to mistake a bear for a stone or a stone for a bear ?

ILR Comment : What’s better – to not move because there might be a bear ahead, or to get crushed in the avalanche coming behind you ?

You’d rather make a mistake on one side than the other : absence of evidence should lead to more precaution.

ILR Comment : We agree on the entire “absence of evidence is not evidence of absence” take. What happens though when you clearly see the harm on both sides of the fence?

We got alarmed on Jan 24 and said if you cut your losses now, it will cost you pennies.. if you wait, it’ll cost you a lot more.

ILR Comment : They were probably right then. But will you pay the costs of thousands of starvations to avoid your worst case Covid scenario no ? Because the “insurance” that Taleb talks about is no longer “cheap”.

The literary giant is also, unfortunately, a notorious snowflake with a thin skin for criticism.

This is Michael Shermer, a professional skeptic who was open enough to change his mind about extremely fringe theories on history and stuff popularised by people like Graham Hancock (that’s another rabbit hole which you want to get into).

Meanwhile, the man has been insulting random people pointing out that things are not exactly “uncertain” anymore with the non-lockdown experience from countries like Sweden

We leave you with this article, which we don’t entirely agree with, but is certainly worth a read: