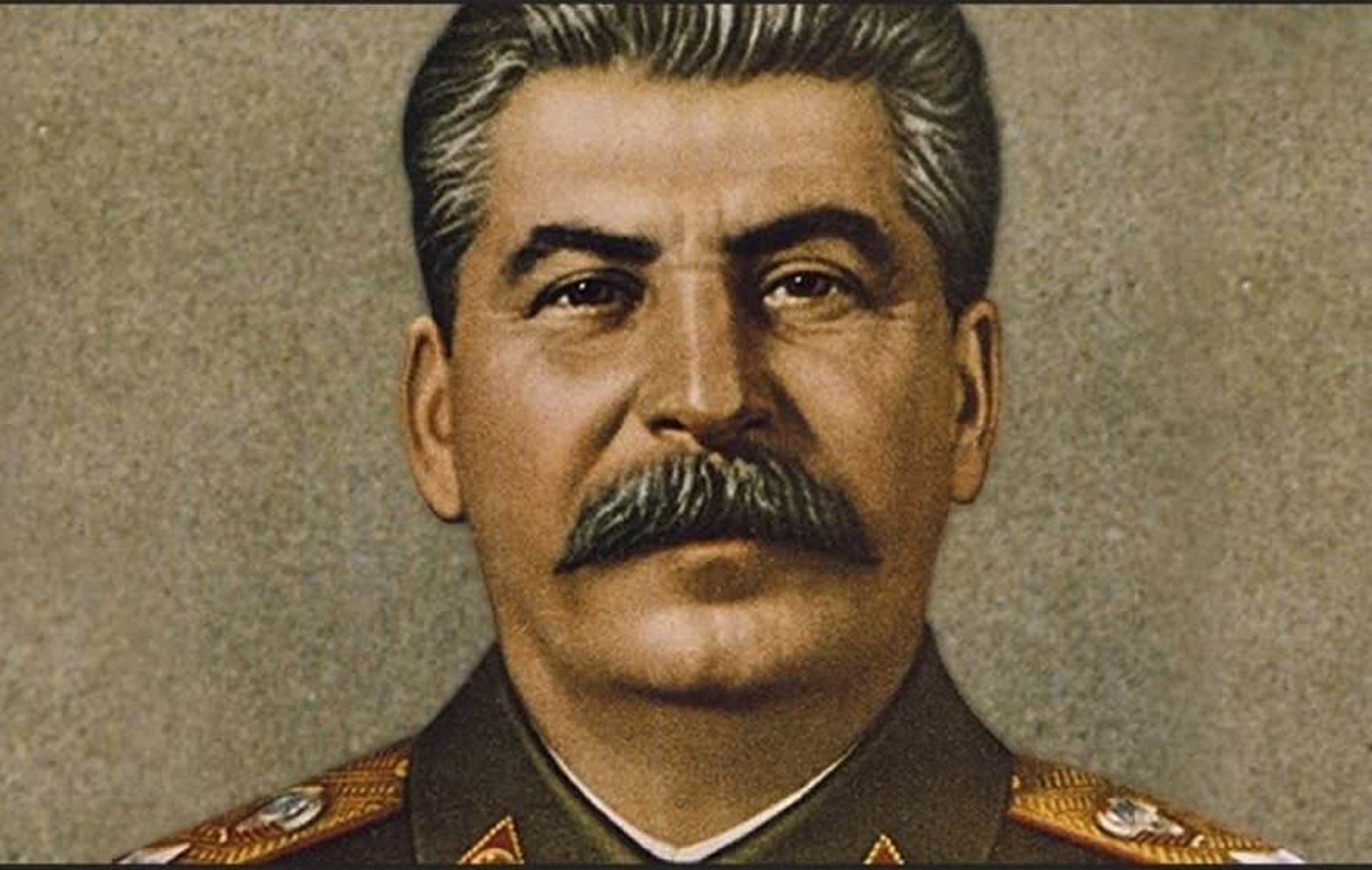 Humans don’t easily become something they are not.

By Richard M. Ebeling on Fee.org

The idea of communism — the common sharing of productive property and its resulting output — is as old as the ancient Greeks and Plato’s conception of the ideal Republic in which the guardians all live and work in common under the presumption that a radical change in the social institutional setting will transform men from self-interested beings into altruistic servers to some defined needs of society as a whole.

This highlights a fundamental difference in the conception of man in the classical liberal versus socialist worldviews. Does man have a basic and invariant human nature that may be multi-sided and complex, but no less fixed in certain qualities and characteristics? Or is human nature a malleable substance that can be remolded like clay in the sculptor’s hands by placing human beings into radically different social arrangements and settings?

Classical liberals have argued for the former, that human beings are basically what they are: fairly reasonable, self-interested beings, guided by goals of personal improvement and betterment as the individual comes to define those for himself. The social dilemma for a humane, just, and widely prosperous society is how to foster a political and economic institutional order to harness that invariant quality in human nature so that it advances human betterment in general rather than becoming a tool of plunder. The classical liberal answer is basically Adam Smith’s system of natural liberty with its open, competitive, free-market order.

Members of what was emerging as the socialist movement in the late Eighteenth century and into the Nineteenth century argued the opposite. They insisted that if men were selfish, greedy, uncaring and insensitive to the circumstances of their fellow men it was due to the institution of private property and its related market-based system of human association. Change the institutional order in which human beings live and work and you will create a “new man.”

Indeed, they raised to the ultimate human societal ideal, a world in which the individual would live and work for the collective, the society as a whole, rather than only for his own bettered circumstances, presumably at the expense of others in society. Socialism heralded the ethics of altruism.

The interested student can read through a huge range of socialist literature by a host of advocates of collectivism. Some longed for a more agrarian and rural paradise; others envisaged an industrial future for mankind in which productivity will have reached the point at which machines did virtually all the work. Humanity would be set free, to use a version of one of Karl Marx’s imageries, to hunt in the morning, fish in the afternoon and sit around the fireplace discussing socialist philosophy with one’s comrades who had all been liberated from work and worry by the arrival of the communist post-scarcity heaven-on-earth. (See my article, “Marx’s Flight from Reality.”)

Changing Human Nature Needs a “Dictatorship of the Proletariat”

But the core conception of the coming paradise-on-earth is that man’s nature could and should be made to change. There are few places in Karl Marx’s writings in which he actually speaks of the institutions and workings of the socialist society that will come after the downfall of capitalism. One is in his 1875 work, Critique of the Gotha Program, the policy agenda of a rival socialist group that Marx strongly disagreed with.

Thus, there had to be in place and in power a “revolutionary vanguard” of dedicated and clear seeing socialists who would lead “the masses” into the bright, beautiful future of communism. The institutional means of doing this, said Marx, is the “dictatorship of the proletariat.”

In other words, until the masses, the workers, are freed from the individualist and capitalist mindset that they had been born into and mentally made to act within, they needed to be “re-educated” by a self-appointed political elite that has liberated their minds, already, from the capitalist false consciousness of the past. In the name of the new socialist-era freedom-to-come, there must the reign of a dictatorship made up of those who know how humanity should think, act, and associate in preparation for the full communism awaiting mankind.

At the same time, the dictatorship is necessary to suppress not only any attempts by the former capitalist exploiters to restore their power over the, now, socialized property they used to own. These voices from the capitalist past also must be prevented from speaking their self-serving lies and deceptions about why individual, self-interested liberty is morally right, or that private property serves the betterment of all in society including workers, or that freedom means those “bourgeois” liberties of freedom of the press, or speech or religion or democratic voting. The masses must be brought to, and indoctrinated in, the “true” consciousness that freedom means the collective ownership and direction of the means of production and the selfless serving of society that the socialist revolutionary vanguard in charge knows to be true.

This also explains why the socialist phase of the “dictatorship of the proletariat” could never end in any of the Marxist-inspired revolutionary regimes over the last one hundred years. Human nature is not waiting to be remolded like wax into a new human form and content. Human beings seem generally not be hardwired to be altruistic, selfless eunuchs. Thus, self-interest always rises to the surface in people’s conduct, and if it is to be ethically denied, there must be political force to keep repressing it and trying to constantly extinguish it.

In addition, as long as there were capitalist enemies anywhere in the world, the dictatorship of the proletariat had to be preserved in the socialist countries to assure that the reeducated minds of the workers already lucky enough to live under socialism were not re-infected by capitalist ideas coming in from outside the people’s collectivist paradise. Hence, the “iron curtain” of censorship and thought control in the Marxist parts of the world, in the name of the people over whom the revolutionary vanguard ruled.

Also, once private enterprise was abolished through the socialization of the means of production and brought under the control and direction of the socialist government, a central economic plan was now essential. If not the profit-motived individual entrepreneurs in directing the private enterprises under their ownership to satisfy consumer demands guided by the competitive price system, then someone must determine what gets produced, where, when and for which purpose and use.

The direction of “the people’s” collectivized means of production requires a centralized plan concerned with designing, implementing and imposing it on everyone for the good of the society as a whole. This means not only lumber and steel must be assigned a use in a particular place in the socialist society, but so must people. Hence, in the communist economies of the twentieth century the state’s central planning agencies determined who would be educated for what skills or expertise, where they would be employed and the work they would do.

Since the state educated you, assigned you work, and served as your only employer in that job, the state also determined where you would live; not only in what city, town, or village, but what apartment in which government-owned residential building would be made your abode. Recreational facilities, places for rest and vacations, the types of consumer goods to be produced and distributed where and for whom: these, too, were all centrally determined by the socialist planning agencies following the orders of the dictatorship of the proletariat.

Not one corner of everyday life — its form, content, quality, or characteristics — was free from the control and determination of the all-powerful and all-encompassing socialist state. Its design and attempted implementation were truly “totalitarian.” It may have been Benito Mussolini, the father of fascism, who coined the term, “totalitarianism” as meaning “everything in the State, nothing against the State, nothing outside the State.” But nowhere over the last century was this more insistently, pervasively, and coercively imposed than in the communist countries molded on the model of the Soviet Union as created by Vladimir Lenin and horrifyingly institutionalized by Josef Stalin and their successors.

Based on a presentation delivered at the John W. Pope Lecture sponsored by the Clemson Institute for the Study of Capitalism at Clemson University on March 1, 2017.