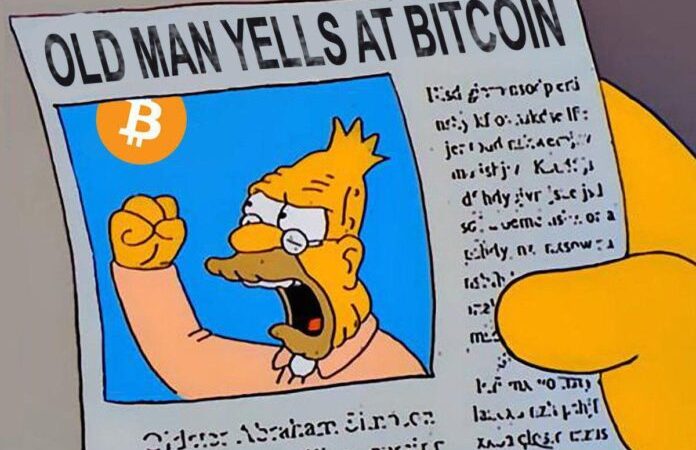 This essay is dedicated to the victims of Brandolini’s law.

Bitcoin is driven by the laws of the universe, by human nature. It is an unstoppable force. It’s censorship-resistant. It’s anonymous. Anybody can mine without permission, and people have already been doing it legally or not… all over the world. You can’t stop Bitcoin mining from happening. Even the heat from international drug markets using Bitcoin wasn’t enough to at any point in time be of any consequence whatsoever on Bitcoin mining. Bitcoin mining is pretty much the most anti fragile system designed by man. Any attack on Bitcoin is guaranteed to make Bitcoin stronger, which itself implies a higher price, a higher hashrate, and higher energy consumption. The idea of doubling the size of Bitcoin’s block data format was so controversial it created a civil war that lasted 2 years. There is absolutely no way you can ever get consensus to change the Bitcoin protocol rules in a way that affects mining incentives and economics (at least not in the “making it geared towards for clean mining” sense).

Debating Bitcoin’s energy consumption is like debating the law of gravity, or the cycle of the tides, whether or not you agree about solar eclipses.

You can’t change Bitcoin. It’s not a democracy. It can’t be taken over by convincing people with money to hire people with guns. It’s just the way it is.

The hashrate will continue to increase pretty much forever, and yes it will consume a lot of coal and natural gas and oil and all sorts of energy at a scale most people can’t even fathom. Even if renewables are a larger share of mining and increase their share over time, the amount of C02 that will be added to the atmosphere as a result of Bitcoin mining will absolutely increase.

But you, intelligent Bitcoin advocate, have so many great arguments to share that would convince them that Bitcoin is, actually, very good for the environment!

Yes, it’s true that Bitcoin incentives the efficient use of energy and that over time it will lead to an energy renaissance that may lead to extremely efficient renewable energy and most probably nuclear energy. Sound money will bring about a new age of low-time preference where people will take good care of the environment because they will derive immense pleasure from doing so.

So… if all of that is going to happen… what’s the point of even debating it ? Assuming you can even debate rationally with such nonsense (which you can’t, see below), why does it even matter if you are right or wrong?

Given that Bitcoin critics have absolutely no control over Bitcoin whatsoever, why debate with them? Many Bitcoin advocates are obsessed about bad press. So what!

Any “bad press” coming from the woke social justice eco-marxist mainstream media establishment about Bitcoin is good for Bitcoin. We want to put as much distance as possible with these kinds of people, for the sake of Bitcoin’s public image in the eyes of the Remnant.

If you believe the “bitcoin bad for climate” meme is actually a threat to Bitcoin’s dominance as sound money, than clearly your weak hands are going to fold at some point anyway. So given that there is a limited amount of Bitcoin, by trying to sell the idea of Bitcoin to others, you are limiting your own potential share of bitcoins that will ever exist. Even if you have the calling to preach the gospel of Bitcoin (I understand, I do too) than why would you focus your energy on people that are clearly not receptive to your ideas, clearly in the gullible sheep category, while so many other people have never heard about Bitcoin?

Satoshi tried to warn us about these people when he said “If you don’t believe me or don’t get it, I don’t have time to try to convince you, sorry.”

When debating with such people, you must agree to operate within an extremely narrow intellectual window which has fallacious and false premises to even be able to communicate with them in a way that they can understand. You have to devalue your own narrative, devalue your own intellectual capacity. That is because you believe that there is such a thing as right and wrong and that if you are convincing enough, they will have to eventually agree with you. But, as we have seen recently, what you will get as best is “agree to disagree”. After all, there are experts on both sides of this issue, so reality must be somewhere in the middle, right? We need to reach some kind of consensus before we can move forward? Cringe!

The Cringe can be overwhelming, I know. It’s an itch you have to scratch. We must correct the slander against Bitcoin! We must repair this intellectual injustice! But it’s a mental energy trap.

But never forget that people will adopt Bitcoin because they want to eat, they want to pay their rent. The price of Bitcoin will continue to go up to unbelievable levels (one Bitcoin will be over what today is the equivalent of 10 million dollars in a few decades). Bitcoin is a lifeboat on the sinking fiat ship. Lifeboats on a sinking ship don’t need a marketing department. Regardless of any bad press, ESG quotas which prevent big firms from investing or Bitcoin, or whatever threat of boycott Bitcoin’s opponents can muster, the Bitcoin hashrate will continue to go up. Bitcoin will become more distributed and immutable. There is no way to put a dent in Bitcoin’s energy consumption by regulating it, taxing it, trying to ban it or controlling it in any way. The globalist nation state system is crumbling. The age of the Sovereign Individual is near. There will always be jurisdictional arbitrage that guarantees that Bitcoin miners will find safe havens to mine at cheap energy. And it just so happens that otherwise illiquid fossil fuels are extremely efficient for that.

We’re far beyond the point of anyone being able to have any impact on Bitcoin energy consumption in any way, shape or form. There is no way to change Bitcoin’s proof-of-work system (good luck with your shitcoin!) or to change the incentive structures and network which demand that an unfathomable amount of energy be dedicated to find Bitcoin nonces. Bitcoin is a hungry monster, it will stop at nothing to consume the most energy possible. You want to boycott Bitcoin because you think it consumes too much energy? Have fun being poor. Bitcoin has emerged, and will remain, the dominant money, and Bitcoin will never change, there is absolutely nothing you can do about it.