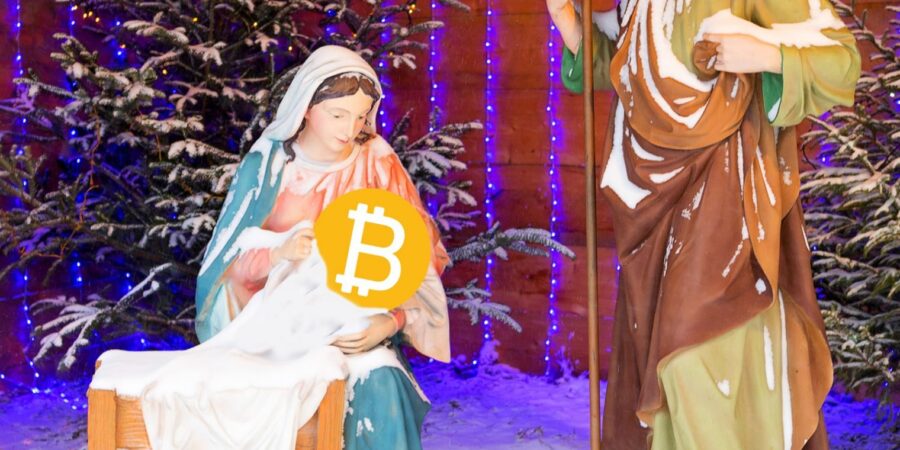 A 2020 adopter (known as Bitcoin Lab on twitter) recounts what many sound money folks have already experienced – not just wealth but profound psychological and spiritual benefits.

And before you start judging this person, see the diversity AND the openness of mind the writer (and the community at large) displays here :

I started learning about Bitcoin in February. Ten months later, I’ve changed more than I could ever imagine changing in a year. Let’s review. How Bitcoin fixes me: A thread from a class of 2020 pleb.

Bitcoin has opened up many rabbit holes to me. I’m learning more about money, economy, history, spirituality, religion and diet than I could ever have expected. It’s also personally changed me by lowering my time preference. Let’s go through this.

Ten months after starting this journey, I have more money than I could have ever imagined having as a poor student. I also have less of an urge to spend than I’ve ever had. Except for essentials, I’ve spent less during this year than I used to spend in a month.

This is partly NgU (number go up) technology and partly a lack of spending. But it’s impacted me on more than the monetary front. I’ve become much less materialistic as a result. I used spend hours drooling over the stuff I could buy. I’ve never wanted to spend money less than now.

Ten months ago, I was an avid socialist. I just didn’t understand how anyone could vote right, except for selfish reasons. Mind you, this was after six years of both economics and management basics in the highest level of Dutch high school.

Obviously, it was Keynesian economics. We were taught gov. Interference did cause inefficiencies in the market, but without it, capitalism will just make the rich richer and the poor poorer. I never really doubted what I was taught, but in hindsight it’s obvious.

We were never taught the moral case for free markets. I’d heard the phrase taxation is theft before, but never really let it bounce around in my thick skull. Now I realize that it’s more profound than I could’ve imagined. Taxation IS theft. Literally.

Freedom and free markets are not only the most efficient way to a prosperous future for everybody, but also the most moral way. It’ll take most people a while to get to that conclusion after years of living in the system, but libertarianism is very well thought-out.

I urge everyone who thinks we need government to read more. Read Mises, not Marx. If you bring up “them bitch-ass roads”, start here. If you want to know what socialism leads to, start with The Gulag Archipelago.

The lower time preference has also made me realize what I’m working for. I used to kinda coast through life, doing only what I had to and spent the rest of my time gaming. This year, I can probably count the hours I gamed on one hand.

I also deleted reddit from everywhere (though Twitter partially took its role), and all the time I save not gaming/redditing I’m now spending working or learning. I’ve read more books this year than ever before, including mandatory reading.

Bitcoin has also brought me to religion and spirituality through people like Jordan Peterson. My mom took me to church when I was younger and I hated it. I became a militant atheist thinking people who believed in god must be superstitious idiots.

Now, aging has made me less militant, and the Dr. Peterson’s lectures on the bible made me think that there might be something more behind it. After listening to Aleks Svetsky’s bitcoin preachers pod, I ordered “there is a god”. Maybe I’ll be a Christian in 2021?

Another 180 turn I made this year is in my diet. I was a vegetarian before. Now, I only eat meat thanks to my fellow carnivore plebs. Paul Saladino’s book and podcasts have been instrumental in this. This might sound extreme, I know, but hear me out.

At age 21 I was finally diagnosed with ADHD after a whole childhood of obvious ADHD behavior. Since then I’ve used ritalin. I didn’t know how to get through a day without that. Even doing fun stuff I couldn’t concentrate on what I was doing without it.

I took at least 10x 5mg pills per day, often more, to feel ‘normal’. Then I started eating meat again and noticed I was a lot less tired all day. After doing more and more research, I cut out everything but animal products.

Believe me, you don’t know how great you can feel. Carbs and sugar are SHIT. I really noticed this during this holiday, when I ate the same stuff as my family. I was much more tired, and got irritated about stuff much more quickly. Nothing except my food changed.

Now, going carnivore sucks for the first month or so. You’ll feel shit. You know what also sucks for the first bit? Quitting drugs. It’s the same deal. You’re addicted to carbs. Just keep a tab on what percentage of your calories come from carbs daily.

Next to that, I fixed my sleep schedule. I go to bed at ten every day, and wake up at 7 every day. I used to take at least an hour to fall asleep, now I’m unconscious in 15 minutes most of the day. I almost always wake up before my alarm.

A regular sleeping schedule and no more eating after 19:00 ~ 20:00 really helps with falling asleep and sleeping well. Sleep is massively important and it’ll help you feel even better.

If you view Bitcoin as a way to make money, you’re right. But you’re also blind to most of the rabbit hole. I don’t believe I’ve explored even close to the entire rabbit hole where I stand now. I haven’t even described all of the ways it changed me in this thread.

Bitcoin has changed me for the better and it can change you too. I’m convinced ‘bitcoin fixes this’ is no exaggeration in any way. In 10 months it’s transformed me from a poor, materialist, socialist, distracted vegetarian atheist into a rich(er), libertarian, focused carnivore.

Us bitcoiners look like nutjobs, but we all started where you are now. We changed through hard work and constant learning. And there’s no group of adversarial thinkers more ready to change their minds than us.