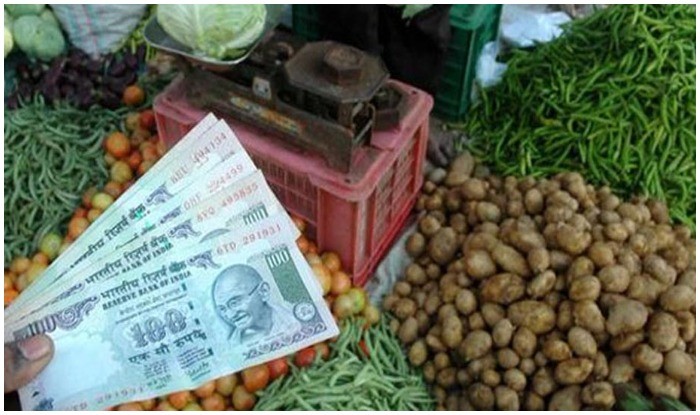 By Ludwig von Mises, from ‘Economic Freedom and Interventionism‘ (extracts)

There has been so much learned talk about the threats and dire consequences of inflation that plain folks begin to be suspicious. Did not the economists of the 1920s, except for a few outsiders whom the others scorned as orthodox doctrinarians, forecast everlasting prosperity? What if their present fears are no better founded than their optimism fifteen years ago? The layman, therefore, has the right to ask the specialist to explain the matter and to do so in simple terms. We economists should not be exempt indefinitely from the obligation, which is accepted by doctors, engineers, and other scientists, of making ourselves understood by the layman. The obligation is clear-cut in the matter of inflation, an economic problem which is as close to every American as his own skin.

Everybody knows that inflation consists of a large increase in the available quantity of money and money substitutes such as bank credits. In a country like the United States, which transacts so much of its business by checks and through bank credits, the main vehicle of inflation is not so much the printing of additional paper money as the increase of deposit currency. Everybody also knows that a general rise of prices and wages is the unavoidable and inescapable result of inflation. And finally, most people realize that when inflation is going on price control is a quite ineffective method of controlling prices and wages; at best, it is a temporary expedient to break or postpone the force of inflationary effects.

There is widespread ignorance, however, concerning the social implications of inflation. How will it affect you personally, if you are a professional man, a worker, a farmer? What will it do to your possessions, your debts, your insurance policies?

Social and Economic Effects of Inflation

The first fact that needs to be noted in answering such questions is that inflation is detrimental to all creditors. The higher prices rise, the lower will fall the purchasing power of the principal and interest payments due. The dollar which was loaned out had a higher purchasing ability, could provide more goods, than the dollar which is paid back.

And who is a creditor? Does inflation touch only businessmen and financiers? Nothing of the sort. You who read these lines are certainly a creditor. Every person who has a legal claim to deferred payments of any kind is a creditor. If you have a savings account with a bank, if you own bonds, if you are entitled to a pension, if you have paid for an insurance policy, you are a creditor, and are, hence, directly hit by inflation.

Professional men, civil servants, commissioned officers of the armed forces, teachers, most white-collar workers, salaried employees, skilled specialists, mechanics, and engineers normally provide for their own old age and for their dependents in ways that make them creditors, that is through savings, insurance, pensions, and annuities.

Moreover, Social Security has brought the great masses of ordinary workers into the ranks of creditors. For all these millions of people, every further step towards inflation means a further decline in the real value of the claims or credits they have saved up by years of toil and sacrifice. They will collect the number of dollars to which they are entitled?but each of those dollars will be thinner than it used to be, capable of providing less food, clothing, and shelter.

The loss of the creditor, of course, is the profit of the debtor. The man who borrowed a thousand or a million full-sized dollars repays his lender with a thousand or a million depreciated dollars. The mortgages on farms and on real estate, the debts owed by industrial enterprises, all shrink as inflation proceeds. Thus, a comparatively small group of debtors is favored at the expense of the teeming groups of creditors.

The most fateful results of inflation derive from the fact that the rise of prices and wages which it causes occurs at different times and in a different measure for various kinds of commodities and labor. Some classes of prices and wages rise more quickly and rise higher than others. Not merely inflation itself, but its unevenness, works havoc.

While inflation is under way, some people enjoy the benefit of higher prices for the goods or services they sell, while the prices for goods and services they buy have not yet risen or have not risen to the same extent. These people profit from their fortunate position. Inflation seems to them “good business,” a “boom.” But their gains are always derived from the losses of other sections of the population. The losers are those in the unhappy situation of selling services or commodities whose prices have not yet risen to the same degree as have prices of the things they buy for daily consumption.

These victims, by and large, are the same kind of people – roughly, the middle classes –who are injured as creditors through the depreciation of their bank savings, insurance policies, pensions, etc. The salaries of teachers and ministers, the fees of doctors, go up only slowly as compared to the tempo with which prices of food, rent, clothing, and so on, go up. There is always a considerable time lag between the increase in the money income of the white-collar workers and professional people and the increase in costs of food, clothing, and other necessities.

Has the average man any means of evading the detrimental effects of inflation?

Those insured, or entitled to pensions or social security benefits, cannot avoid being victimized. And the picture is not much brighter for other groups of creditors. Of course, the bondholder may sell his bonds and the bank depositor may withdraw his balance. But if they keep the money, they are no less subject to the harmful effects of the fall in the money’s purchasing power. In other words, the dollar continues to evaporate whether it is resting in a bank, a bond, or a strongbox at home.

You may buy a farm. But that is a remedy only if you become a farmer and till the soil with your own hands. Otherwise, it is a remedy not for yourself but for the tenant who works the farm. It may reasonably be expected that, in the course of inflation, new laws will safeguard tenants – whether on farms or in residences – against rises in rent.2 In European inflations, rents were always restricted by legislation.

You may buy a home for yourself and your family. But in a period of inflation, economic conditions change swiftly and in unexpected ways. You cannot foresee whether it will be necessary suddenly to change your place of residence and employment. Then you will have to sell the house- renting it is almost useless – and experience proves that such forced sales rarely bring the amounts laid out for acquiring the property.

You may buy common stock. But the experts are convinced that taxation will confiscate not only the profits but a good deal of the capital invested, too. While the prices of all commodities are rising, stock market quotations may still cling more or less to pre-inflation levels. This means that in owning common stock you are not much better protected than in owning bonds.

You may buy jewelry and other valuables. But you cannot always expect to sell these at a later date for what you paid for them. Nobody knows in advance how the market conditions for any given valuable will develop. Diamonds and rubies, for instance, may hold much of their value. But what if the owners of the largest hoards of precious stones should unload them because of changing political or social conditions?

There is only one class which, as a whole, derives profit from inflation: the indebted farmers. Their mortgages are wiped out and the products of their own toil bring higher returns corresponding to the higher prices they must pay for things they purchase.

The owners of really large fortunes, too, may succeed in preserving a greater or smaller portion of their wealth, but inflation results in the consumption of a good deal of a nation’s capital stock.

Even if some special groups profit, the whole country is poorer.

Moral and Political Effects of Inflation

Worse than the immediate economic consequences of inflation are its attendant moral and political dangers.

It has been asserted that Nazism is the fruit of the vast German inflation of 1923. That is not quite correct. It would be more correct to say that the great inflation and the Nazi scourge both derived from the mentalities and the doctrines that long dominated German public opinion. The State, which the German socialist Ferdinand Lassalle had already proclaimed as god, was supposed to be able to achieve anything. The omnipotent State was credited with the magic power of unlimited spending without any burden on the citizenry. Money, said the German “monetary cranks,” is a creature of the State; there is no harm in issuing infinite quantities of paper currency.

People sometimes call inflation a special way of “taxing” a country’s citizens. This is a dangerous opinion. And it is wholly untrue. Inflation is not a method of taxation, but an alternative for taxation. When a government imposes taxes, it has full control. It can tax and distribute the burden any way it considers fair and desirable, allotting a larger share of the tax burden to those who are better able to carry it, reducing the burden on the less fortunate. But in the case of inflation, it sets in motion a mechanism that is beyond its control. It is not the government, but the operation of the price system, that decides how much this or that group will suffer.

And there is another important difference. All taxes collected flow into the vaults of the public treasury. But with inflation, the public treasury’s gain is less than what it costs the individual citizen, since a considerable part of that cost is drained off by the profiteers, the minority that benefits from the inflation.

It is no less fallacious to consider inflation as a method of raising loans for public use. Technically, inflation does increase the total of the government’s indebtedness to the banks. But the banks’ intervention is only instrumental. If the government borrows from the banks, the banks do not grant loans out of their own funds, or out of money deposited with them by the public; the banks are not real lenders; they grant the loans out of their “excess reserves.” They merely expand credit for the benefit of the government. In other words, they increase the quantity of money substitutes.

When you as an individual buy a government bond, you make a loan to the government; you put part of your cash holdings into the hands of the treasury. There is then no increase in the total quantity of currency or credits available and hence no inflation.

Popular education is absolutely essential. (…) Not only for the sake of the national welfare, but for the sake of your own interests – whether you are rich or poor, employer or wage earner – you should do your best to arrest the further progress of inflation.