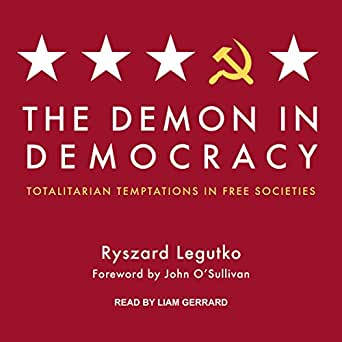 Translated from the original by Laurent SAILLY

We have never been healthier and better protected in all of human history. However, the 21st century is characterized by the multiplication of irrational reactions. The global trauma resulting from the attacks of September 11, 2001 makes us terrified of taking a plane (which remains the safest form of transportation).

1. “Since love and fear can hardly coexist, if we have to choose, it is better to be feared than to be loved” – Nicolas Machiavelli

The American journalist and critic, Henry Louis Mencken (1880-1956) noted, from the beginning of the 20th century, this tendency: “the aim of politics is to keep the population worried and therefore demanding to be kept safe, by threatening it with an uninterrupted series of monsters, all imaginary ”.

Fear is an emotion caused by anticipated danger. Our genetic code predisposes us to fear dangers, real or imagined. Politicians understand this fundamental characteristic of the human being better than anyone else. While it is true that modern democracies depend on public opinion, it is also true that public opinion is largely driven by fear.

2.The science and politics of fear

In 2009, in an essay titled “Risk : The Science and Politics of Fear,” Dan Gardner presented a series of findings and studies on human behavior. He reveals how deeply our judgments are influenced by politicians, businessmen, journalists and the media. It must be said that fear sells. Gardner reiterates that one should distrust and beware of statistics presented without perspective or comparative data. Western countries’ obsession with risk and security leads to monstrous errors in judgment.

3.How to manipulate opinion in a democracy

In 1928, Edward Bernays published “Propaganda: How to Manipulate Opinion in a Democracy,” an essay in which the author sets out the main principles of mind manipulation. Based on the achievements of psychoanalysis (he is the nephew of Sigmund Freund), he explains to us how propaganda was born in the heart of modern democracies (especially American). Indeed, in a democracy (moreover than in a totalitarian regime), the choices of the masses being decisive, those who manage to influence them will really hold power.

Because, if the politics of fear is a characteristic of dictatorial regimes, it is implied in a democracy that leaders instrumentalize fears, whether proven or not and whether more or less amplified, to achieve their objectives.

“By adopting short-term policies that encourage fears and create division, some governments undermine the rule of law and human rights, foster racism and xenophobia, divide populations, increase inequalities and sow the seeds of new violence and future conflicts” , the secretary general of Amnesty International noted in 2007.

4.The devil in democracy

In a book entitled “The Demon in Democracy – Totalitarian Temptations in Free Societies”, the Polish philosopher, Ryszard Legutko seeks to understand the reasons for the astonishing adaptability, after the fall of the Berlin Wall, of the ex-communists to liberal democracy and business.

Focused on “perpetual wars”, world public opinion, distrustful and divided, is no longer tempted by the questioning of the political and economic systems in place. Politicians, unions and the many pressure groups that benefit from monopolies, succeed in making the public believe that all problems can be solved by the government. Using fear as a propaganda tool, they come up with new laws and regulations to make it happen.

5. Freedom versus Security: a fool’s bargain

Politicians have always known that fear is the best way to convince reluctant populations to give their unconditional support to the government. Whether it is to distract the public, to justify more taxes, or to push through unpopular legislation, leaders can always count on a real or announced dramatic event to curtail individual freedoms for the benefit of government bureaucracy. [We] seem to accept just about everything that is gradually imposed on them, including the loss of [our] freedom.

It is more important than ever to remember the words attributed to Benjamin Franklin: “Those who trade their freedom for temporary safety do not deserve either freedom or security.”

Here’s the promised bonus video by Greg Reese from Infowars.com: