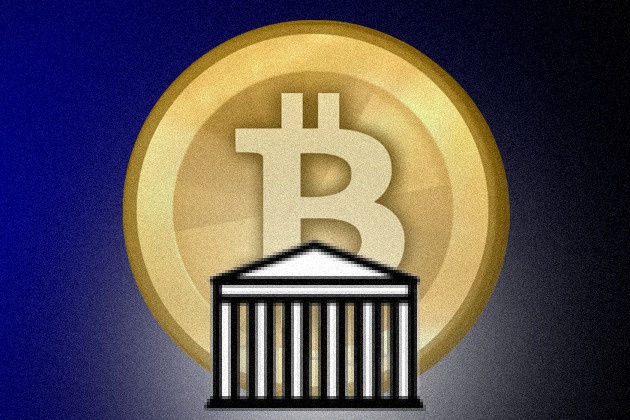 The following post provides an analytical framework so that critics and proponents of Bitcoin’s monetary policy can engage in a constructive debate.

Bitcoin has a central bank called the “Bitcoin network,” which we will refer to as the Bitcoin Central Bank (BCB). This central bank issues a currency called “bitcoins” and processes the transfer of bitcoins between accounts. The BCB’s rule-based monetary policy was set at its creation and its independence is secured by the distributed nature of the underlying network. This non-discretionary monetary policy can best be described as asymptotic money supply targeting (AMST).

The BCB issues bitcoins to a network of sub-contractors called “miners” who perform the proof-of-work calculations that secure the BCB’s independence and process payments. The seigniorage subsidizes the payment system instead of benefiting the issuer or the seller/recipient of bonds transacted in open market operations. Proof-of-work seigniorage (PoWS) and AMST work synergistically to cause three monetary phenomena:

First, it is rational for economic agents to hold as many bitcoins as they can afford to lose (i.e. without materially impairing their ability to consume or invest). The BCB can offer lower transaction costs than any competitor by orders of magnitude because of the PoWS subsidy. This deep competitive advantage gives economic agents the expectation that it will be adopted as a method of payment and that its exchange rate liquidity will increase. This expectation has repeatedly proven to be true so the desire to hold bitcoins has increased, as indicated by the exchange rate and Internet search volume.

The exchange rate volatility is a byproduct of the BCB choosing independent monetary policy (AMST) and free capital flow over a fixed exchange rate within the Impossible Trinity. Economic agents overcome their cognitive biases to acquire bitcoins in waves due to the word-of-mouth marketing of the currency. For some it takes one exposure to Bitcoin to “get it” while others follow the lead of trendsetters or finally succumb to their regret-aversion bias. Either way, these waves of adopters have a destabilizing effect on the exchange rate: speculators are unsure of the amplitude or wavelength of adoption, and amateurish punters let their excitement as well as subsequent fear overwhelm them. The BCB does not intervene to stabilize these intermittent hype-cycles because steady appreciation of the exchange rate would allow for an even greater buildup of speculative excesses and the BCB would lose the confidence that AMST gives to long-term holders of bitcoins.

Bitcoin’s interest rates are based on the arbitrage between the expected return of holding bitcoins versus the expected return of lending them out. The expected return of holding bitcoins is completely tied to its expected future exchange rate because bitcoins are currently a pure vehicle currency. The heterogeneous expectations of bitcoin holders regarding the exchange rate has led to the development of marginal lending operations. However, the vast majority of bitcoin holders expect exchange rate appreciation at rates far greater than any borrower is willing to pay. Bitcoins will continue to be hoarded and bitcoin-denominated credit markets will continue to be under-developed until either the expectations of bitcoin-holders adjust downward or are met. The BCB does not need to take action to break the current equilibrium state since the hoarders’ expectations will be met given Bitcoin’s proven superiority to legacy payment networks and stores of value.

Fractional reserve banking entails the creation of new money that is fungible with already preexisting money, i.e. it can be used interchangeably within the currency’s payment systems. This is impossible with Bitcoin. The BCB enforces the strictest deposit regulations in the world by requiring full reserves for all accounts. This is the digital equivalent of the Chicago Plan or the Austrian 100% reserve gold standard. Under this regulatory regime, money is not destroyed when bank debts are repaid, so increased money hoarding does not cause liquidity traps, instead it increases real interest rates and lowers consumer prices. This is a self-stabilizing cycle as higher interest rates incentivize hoarders to invest, while deflation increases consumption due to the wealth-effect on hoarders. The BCB prevents lending out of deposits so that it can properly target money supply and avoid the destabilizing effects of commingling the credit and payment systems.

The positive properties of AMST and PoWS combined make it certain that, absent a technological problem, Bitcoin will be adopted as the global currency. For a deeper understanding of the market process involved in becoming global currency I would recommend reading Konrad Graf’s explanation of hyper-monetization and Peter Šurda’s liquidity analysis of bitcoins. The Bitcoin Central Bank will be the longest lasting institution of its kind thanks to the anti-fragile independent monetary policy it has set in stone.