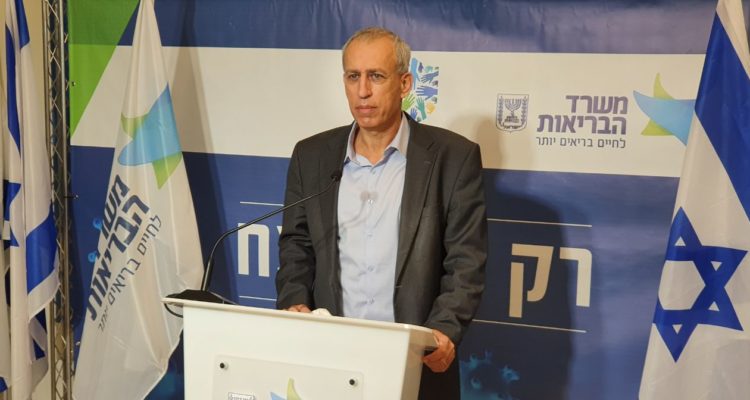 An Israeli COVID study shows vaccine to be more dangerous than virus itself, new analysis of vaccine-related death rates in Israel leads to dramatic findings. The State of Israel has been remarkably efficient in immunizing its people. However, researchers point out that the effort made could prove dangerous, while being powerless in the face of the recurrence and mutations of the virus. In the end, the population will be locked in a vaccination passport system without the suppressed freedoms being offset by a health advantage.

An Israeli study confirms previous findings. According to a publication in The Defender Journal, a reanalysis of data published by the Israeli Ministry of Health by Dr Hervé Seligmann, member of the Faculty of Medicine of Emerging Infectious and Tropical Diseases at the University of Aix-Marseille, and engineer Haim Yativ reveals that Pfizer’s experimental mRNA vaccine killed “about 40 times more (elderly) people than the disease itself would have killed” during a recent vaccination period five weeks. Among the youngest, these numbers add to a death rate 260 times greater than that the COVID-19 virus would have reported in the given time frame.

Yativ and Seligmann state that even these “estimated numbers of vaccine deaths are probably much lower than the actual numbers because they “do not take into account long-term complications.”

Worse, Israeli researchers expect “medium to long-term adverse effects from vaccination, when facilitation of infection by antibodies begins to manifest in those who have received Pfizer’s experimental vaccine.”

As America’s Frontline Doctors (AFLDS) explain, facilitation of infection by antibodies occurs “when anti-Covid antibodies, created by a vaccine, cause, instead of protecting the person, more serious illness or disease. more fatal when the person is subsequently exposed to wild SARS-CoV-2. The vaccine amplifies the infection rather than preventing damage”. America’s Frontline Doctors (AFLDS) provides a past example of a vaccine produced to control dengue fever (tropical influenza), which has resulted in the deaths of 600 children in the Philippines due to the facilitation of antibody infection, and the filing of criminal proceedings against decision-makers in 2019.

For these and more reasons, the AFLDS and many other physicians strongly discourage the use of these experimental vaccines for most people, recognizing that it may be of benefit to people over the age of 70, but admitting that these injections present “a higher risk than early treatment or prophylactic with established drugs”.

The health passport is freedom-killing

In recent weeks, the Israeli government has made headlines by adopting a “green pass” system, allowing people who have received an injection to receive a green code, which then allows them to enter places such as entertainment and leisure facilities.

When the country reopens after two months of closure, the green pass will only be granted to people who have had the vaccine injected, not to those who have tested negative. The advantages offered in return for this passport include access to “non-essential” businesses as well as the fact of not having to isolate oneself if one is identified as a close contact of a confirmed case of COVID-19, and not having to isolate yourself after returning from what the government calls a “red zone”.

Although there is no evidence that experimental vaccines actually prevent transmission of the virus, Israeli Minister of Health Yuli Edelstein said during the release of the vaccine “passport” that: “He who does not vaccinate himself will be left behind.”

The green pass will not be definitive and will have to be renewed every six months, and will not exempt from the rules of masking and social distancing. The Jerusalem Post also reported that legislation is being considered to grant employers the right to deny entry to the workplace to unvaccinated people.