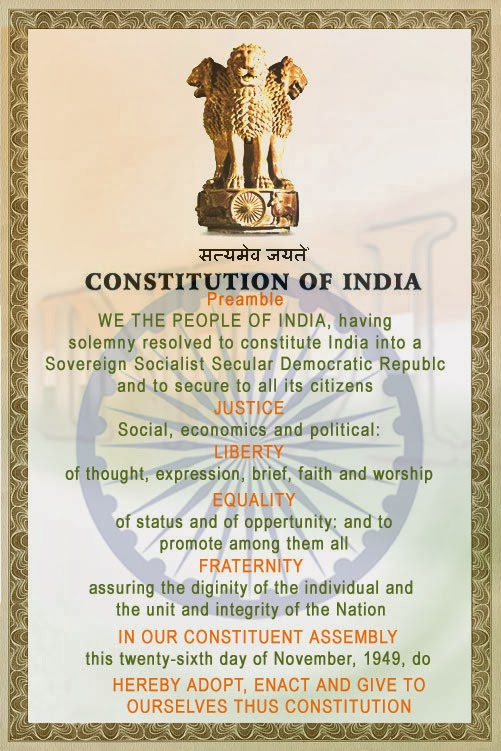 ILR Note : While this piece was written in an American context, it is perfectly applicable to India. The Supreme Court has been at the forefront of diluting our constitutional rights.

Authored by Michael Maharrey via SchiffGold.com,

Well, whatever you do, don’t ask a lawyer. Most of them know very little about the Constitution.

I can already hear you protesting. Lawyers know a lot about the Constitution. They learn constitutional law, for goodness sake!

I’ve been told that law students prepping for the Bar Exam are told that if the Tenth Amendment is ever among the answers on a multiple-choice question, they can immediately rule it out.

The Tenth Amendment is never the right answer.

Thomas Jefferson had a little different view of the Tenth Amendment. He called it the “foundation of the Constitution.”

I consider the foundation of the Constitution as laid on this ground: That ‘all powers not delegated to the United States by the Constitution, nor prohibited by it to the States, are reserved to the States or to the people.’ To take a single step beyond the boundaries thus specifically drawn around the powers of Congress, is to take possession of a boundless field of power, no longer susceptible of any definition.”

The Tenth Amendment makes it unquestioningly clear that the Constitution constrains the general government to very specific and very limited powers. As James Madison explained in Federalist #45, “The powers delegated to the federal government by the proposed Constitution are few and defined.”

Now – brace yourself. This might come as a shock. But the people in power are perfectly happy to operate with an undefined, boundless field of power.

And that’s why the Tenth Amendment is never the right answer according to the politicians, and the academics, judges, power brokers, lobbyists and talking heads that support them.

Before the ink was even dry on the Constitution, the political class was already “interpreting” the document to expand its own powers. Today, that federal government controls nearly every aspect of your life. It runs your healthcare, educates your children and monitors your every move. Bureaucrats in Washington D.C. even tell you what kind of light bulbs you can screw into your fixtures and how much water you can flush down your toilets.

So much for powers “few and defined.”

Sadly, most Americans accept this state of affairs. They even embrace it. In fact, most Americans actually believe that the federal government legitimately exercises all of this authority. After all, they’ve been taught all their lives that the Tenth Amendment is the wrong answer.

The nature of the American political system exacerbates the expansion of power. “Democracy” gives everybody the false sense that they have some hand in exercising power – or that they will at least benefit from its expansion. This creates a dilemma, as political economist Bertrand de Jouvenel explained.

Under the ‘ancient regime,’ society’s moving spirits, who had, as they knew, no chance of a share in Power, were quick to denounce its smallest encroachment. Now, on the other hand, when everyone is potentially a minister, no one is concerned to cut down an office to which he aspires one day himself, or to put sand in a machine which he means to use himself when his turn comes. Hence, it is that there is in the political circles of a modern society a wide complicity in the extension of Power.”

A written constitution was meant to lay down rules that check the tendency for government to grow. It erects barriers to government power that must not be crossed. As Jefferson put it, “in questions of power then, let no more be heard of confidence in man, but bind him down from mischief by the chains of the constitution.”

But like most things, a constitution won’t work if you don’t know how to use it.

After all, the Constitution belongs to you. And it belongs to me. It doesn’t belong to the government and its functionaries. It belongs to “we the people.”

But for far too long politicians, bureaucrats, judges, law professors, and chattering pundits have told us how the Constitution should work. The political class has “interpreted” the rules. And it’s interpreted them to give it more and more power over you and me.

After 231 years of interpretation, we now have a federal government that claims the authority to do virtually anything and everything. It has taken possession of a boundless field of power, no longer susceptible of any definition. Along the way, our liberties have been whittled away. The power of the politicians grows at the expense of our liberties.

If we want to reclaim our liberties, something has got to give. It’s time for dis-interpretation. It’s time for “we the people” to reclaim the Constitution.  That’s what this book is all about. This is our instruction manual. We’re going look at the Constitution through the eyes of the generation who wrote and ratified it. We’re going to follow Jefferson’s admonition and “carry ourselves back to the time when the Constitution was adopted, recollect the spirit manifested in the debates, and instead of trying what meaning may be squeezed out of the text, or intended against it, conform to the probable one in which it was passed.”

This is the real Constitution that the politicians don’t want you to know about.