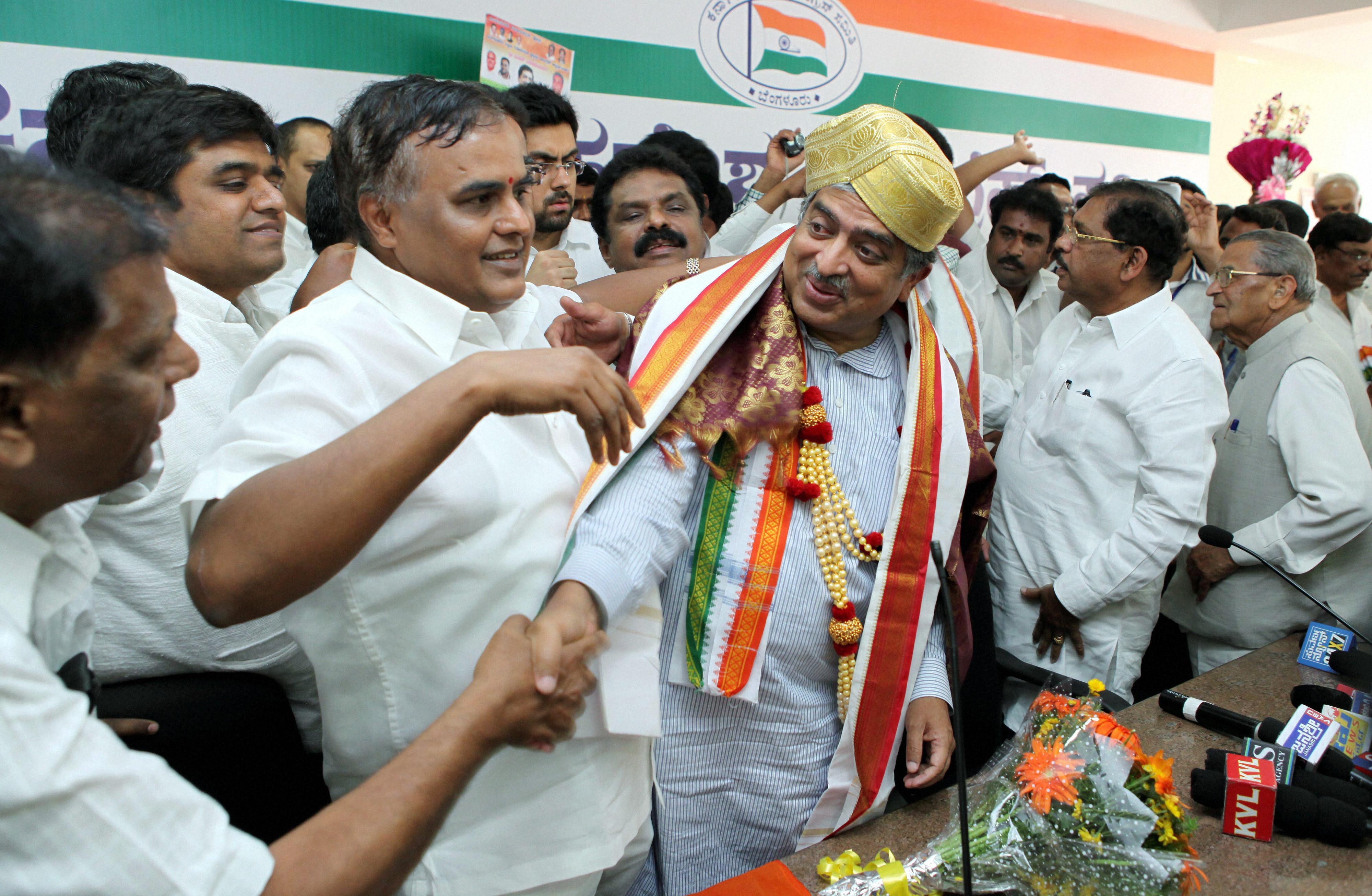 Before we begin, a few preliminaries that we will not cover in this article :

Lies, deceit and hands in the till

With that out of the way, let’s take a cursory glance of the information available in the public domain regarding Mr. Nilekani’s misadventures. This just a sample, and we have a feeling there are graver offences that a proper investigation could easily find :

5. Mr. Nilekani, who was Chairman of UIDAI till 13 March 2014, had joined Indian National Congress on 9 March 2014. He sent his resignation on 13 March 2014 to the then Prime Minister Dr Manmohan Singh, which was accepted on 18 March 2014 by the “competent authority” with retrospective effect from 13 March 2014.

6. In 2014, while running for Lok Sabha on a Congress party ticket, Mr. Nilekani, then CEO of the UIDAI was sending out personalised letters to the heads of every household within the constituency. It turns out that the letters looked “nearly the same as those that were used to send out the Aadhaar numbers” and bore “the name of the addressee and his/her father on it”.

7. Mr. Nilekani appears to be on the board of a certain “Indian Institute of Human Settlements”. From information available in the public domain, this NGO is registered under the FCRA with the 231661405. It seems to have received Rs. 17 crore in “foreign aid” in 2015-16. Donors include the who’s who of global criminals and foreign intelligence: the Omidyar Network, the Gates Foundation, and the International Development Research Centre which is directly operated by the government of Canada.

8. Mr. Nilekani, heading the Technology Advisory Group for Unique Projects (TAGUP), recommended the recommended setting up the GST Network (GSTN) as national information utility or NIU, a private IT company, to take away the sovereign function of tax collection and data storage from the government. This decision has been subsequently reversed by the Government, but the criminality, if any, is not barred by limitation.

As we can see, just a sampling of the various information available in the public domain shows that an detailed investigation into Mr. Nilekani’s misadventures will bear “lots of fruit”.

What is the government doing?

Why have no private complaints been filed?

We don’t know. Mr. Nilekani is close to all sides of the political spectrum, so political pressure might have something to do with.

Why sanction for prosecution on Aadhar cases has never been asked is still a mystery. Maybe it is the modern lawyer’s obsession with writ petitions at the High Courts and Supreme Court, and these courts encouraging the circus by allowing outrageous petitions to be heard.

Why would Mr. Nilekani be a flight risk now?

Here is how we see it: Aadhar is imploding.

With Aadhar goes Mr. Nilekani’s head. It is only a matter of time.

Of course we don’t expect the government to take any action on this, but any party looking at the Aadhar endgame would do well to keep a watch on Mr. Nilekani’s movements.

The Indian Liberty Report welcomes any information leading to the eventual prosecution and conviction of Mr. Nilekani. Depending upon the quality and credibility of the information, the ILR may give the informer a suitable bounty.