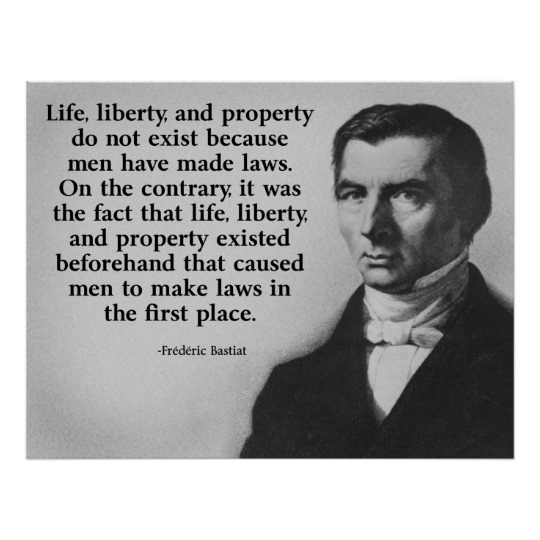 By Doug Casey on CaseyResearch.com

Allow me to say a few things that some of you may find shocking, offensive, or even incomprehensible. On the other hand, I suspect many or most of you may agree – but either haven’t crystallized your thoughts, or are hesitant to express them. I wonder if it will be safe to say them in another five years…

You’re likely aware that I’m a libertarian. But I’m actually more than a libertarian, I’m an anarcho-capitalist. In other words, I actually don’t believe in the right of the State to exist. Why not? The State isn’t a magical entity; it’s a parasite on society. Anything useful the State does could be, and would be, provided by entrepreneurs seeking a profit. And would be better and cheaper by virtue of that.

It has a monopoly of force, and that’s always extremely dangerous. As Mao Tse-tung, lately one of the world’s leading experts on government, said: “The power of the State comes out of a barrel of a gun.” The State is not your friend.

There are two possible ways for people to relate to each other: either voluntarily or coercively. The State is pure institutionalized coercion. As such, it’s not just unnecessary, but antithetical, to a civilized society. And that’s increasingly true as technology advances. It was never moral, but at least it was possible in oxcart days for bureaucrats to order things around. Today the idea is ridiculous.

The State is a dead hand that imposes itself on society, mainly benefiting those who control it, and their cronies. It shouldn’t be reformed; it should be abolished. That belief makes me, of course, an anarchist.

It’s always been a battle between the individual and the collective. I’m on the side of the individual. An anarcho-capitalist simply doesn’t believe anyone has a right to initiate aggression against anyone else. Is that an unreasonable belief?

Let me put it this way. Since government is institutionalized coercion – a very dangerous thing – if you want a government it should do nothing but protect people in its bailiwick from physical coercion.

I could live happily enough with a government that did just those things. Unfortunately the US Government is only marginally competent in providing services in those three areas. Instead, it tries to do everything else conceivable.

The argument can be made that the largest criminal entity today is not some Colombian cocaine gang, but the US Government. And they’re far more dangerous. They have a legal monopoly on the force to do anything they want with you. Don’t conflate the government with America; they’re different and separate entities. The US Government has its own interests, as distinct as those of General Motors or the Mafia. In fact, I’d probably rather deal with the Mafia than I would with any agency of the US Government.

Even under the worst circumstances – even if the Mafia controlled the United States – I don’t believe Tony Soprano or Al Capone would try to steal 40% of people’s income every year. They couldn’t get away with it. But – because we’re said to be a democracy – the US Government is able to masquerade as “We the People,” and pull it off.

Incidentally, the idea of democracy is an anachronism, at best. The US has mutated into a domestic multicultural empire. The average person has been propagandized into believing that it’s patriotic to do as he’s told. “We need libraries of regulations, and I’m happy to pay my taxes. It’s the price we pay for civilization.” No, that’s just the opposite of the fact. Those things are signs that civilization is degrading, that the members of society are becoming less individually responsible. And therefore that the country has to be held together by force.

It’s all about control

Power corrupts, and absolute power corrupts absolutely. The type of people that gravitate to government like to control other people. Contrary to what we’re told to think, that’s why the worst people – not the best – want to get into government.

What about voting? Can that change and improve things? Unlikely. I can give you five reasons why you should not vote in an election (see this article). See if you agree.

Hark back to the ‘60s when they said, “Suppose they gave a war and nobody came?” But let’s take it further: Suppose they gave a tax and nobody paid? Suppose they gave an election and nobody voted? That would delegitimize the State. I therefore applaud the fact that only half of Americans vote – although it’s out of apathy, not as a philosophical statement. If that number dropped to 25%, 10%, then 0%, perhaps everybody would look around and say, “Wait a minute, none of us believe in this evil charade. I don’t like Tweedledee from the left wing of the Demopublican Party any more than I like Tweedledum from its right wing…”

Some might ask: “Aren’t you loyal to America?” and “How can you say these terrible things?” My response is, “Of course I’m loyal to America, but America is an idea, it’s not necessarily a place. At least not any longer…”

America was once unique among the world’s countries. Unfortunately that’s no longer the case. The idea is still unique, but the country no longer is.

I’ll go further than that. It’s said that you’re supposed to be loyal to your fellow Americans. Well, here’s a revelation. I have less in common with my average fellow American than I do with friends of mine in the Congo, or Argentina, or China. The reason is that I share values with my friends; we look at the world the same way, and have the same worldview. But how much do I have in common with my fellow Americans who live in the trailer parks, barrios, and ghettos? Or even Hollywood and Washington? Not much.

How much do you really have in common with your fellow Americans who support Bernie Sanders, AOC, antifa, or Elizabeth Warren?

You probably have very little in common with them, besides sharing the same government ID. Most of your fellow Americans are actually welfare recipients, dependent on the State in some way. And therefore an active threat to your personal freedom and economic well-being.

Everyone has to be judged as an individual. So I choose my countrymen based on their character and beliefs, not their nationality. The fact we may all carry US passports is simply an accident of birth.

Those who find that thought offensive likely suffer from a psychological aberration called “nationalism”; in serious cases it may become “jingoism.” The authorities and the general public prefer to call it “patriotism.”

It’s understandable, though. Everyone, including the North Koreans, tends to identify with the place they were born, and the State that rules them. But that should be fairly low on any list of virtues. Nationalism is the belief that my country is the best country in the world just because I happen to have been born there. It’s scary any time, but most virulent during wars and elections. It’s like watching a bunch of chimpanzees hooting and panting at another tribe of chimpanzees across the watering hole.

It’s actually dangerous not to be a nationalist, especially as the State grows more powerful. The growth of the State is actually destroying the idea of America. Over the last 100 years the State has grown at an exponential rate; it’s the enemy of the individual. I see no reason why this trend is going to stop. And certainly no reason why it’s going to reverse. Even though the election of Trump in 2016 was vastly preferable to Hillary from a personal freedom and economic prosperity point of view, it hardly amounts to a change in trend.

The decline of the US is like a giant snowball rolling downhill from the top of the mountain. It could have been stopped early in its descent, but now the thing is a behemoth. If you stand in its way you’ll get crushed. It will stop only when it smashes the village at the bottom of the valley.

I’m quite pessimistic about the future of freedom in the US. It’s been in a downtrend for many decades. But the events of September 11, 2001, turbocharged the loss of liberty in the US. At some point either foreign or domestic enemies will cause another 9/11, either real or imagined.

When there is another 9/11 – and we will have another one – the State will lock down the US like one of their numerous new prisons. I was afraid that the shooting deaths and injuries of several hundred people in Las Vegas on October 1, 2017, might have been the catalyst. But, strangely, the news cycle has driven on, leaving scores of serious unanswered questions in its wake. No competent reporting, and about zero public concern. Further testimony to the degraded state of the US today.

It’s going to become very unpleasant in the US at some point soon. It seems to me the inevitable is becoming imminent.