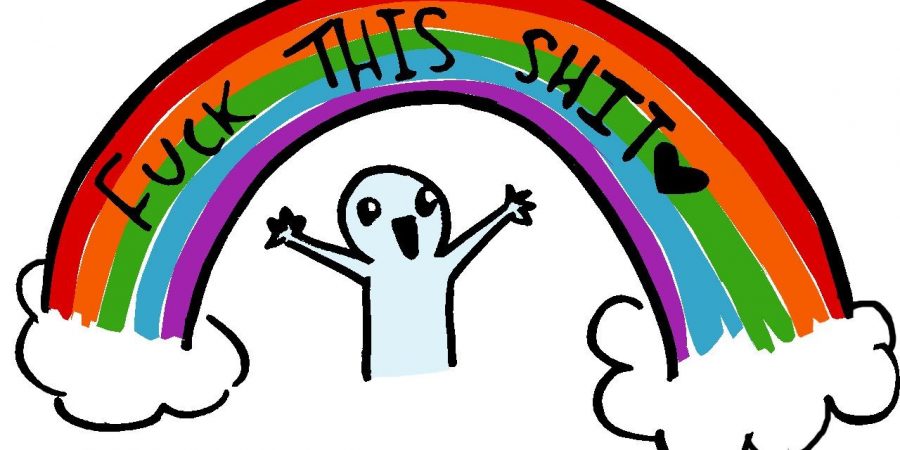 ‘He loves to make everything into a disaster.

He hates to be happy.

He is only happy when he is gloomy.’

We’re drowning in words. All we hear are words and words and words. I feel bad for the words—they deserve better than being flung around in half-hearted attempts to enact some hidden desire.

Here’s a good example of words that deserve better: “I hate people.”

Words don’t deserve to be vessels of self-deception or manipulation. I love the words we use to reach for something deeper, to build a bridge between minds that stand lonely as lighthouses, hoping to see a sign of something familiar on the horizon. We rarely see such words today.

Talk isn’t just cheap anymore. Talk has dropped as rapidly as the value of Venezuelan currency in our word-drenched digital world.

I once “hated people” when I knew a lot less but thought I knew a lot more. Don’t discount the cool factor that comes with misanthropy. There’s a seductive element to “I hate people” that evokes the thrill of playing with fire. It’s a statement tinged with suicide—not enough to scare anyone, but enough to feel raw in a way that someone lost in apathy appreciates.

It’s only once you find more to love in life that aimlessly playing with fire seems plain stupid.

When nothing made sense to me and my worldview was constructed out of pretty lies perpetually on the verge of collapse, “I hate people” was comforting.

I saw everyone’s flaws and failures, somehow believing that made me insightful, as if pointing out the ways that strangers are stupid isn’t the easiest thing in the world.

I had an advantage at being a misanthrope, though. When you watch the people around you interpret malice in the unspoken parts of every message or the misunderstandings in every interaction, suspicion and cynicism are your siblings.

It’s like beer. A beverage that tastes like stale water is only acceptable if you’ve never experienced anything with better flavor. After the softness of a pilsner or the depth of a stout, going back to the old option seems like masochism. Those movies where the protagonist realizes they’ve been living by rules that were really choices all along capture the feeling I have about “I hate people” now:

Why have I been staring at shit when I could’ve been gazing at majesty?

Some foreign feeling is growing within me. It’s the choice to seek malice and sow discord where you could seek beauty and forge connection that evokes my suspicion now. There’s no badge of honor for defaulting to the cynical criticism of strangers I once thought I enjoyed. In the place of my guarded mind is an open heart and I see potential friends where I once saw impending problems.

With more trust in my ability to avoid truly unpleasant people and less reliance on a deterministic outlook, this misanthrope may have graduated from Anti-Socials Anonymous.

Hell is a never-ending fully-booked flight to nowhere.