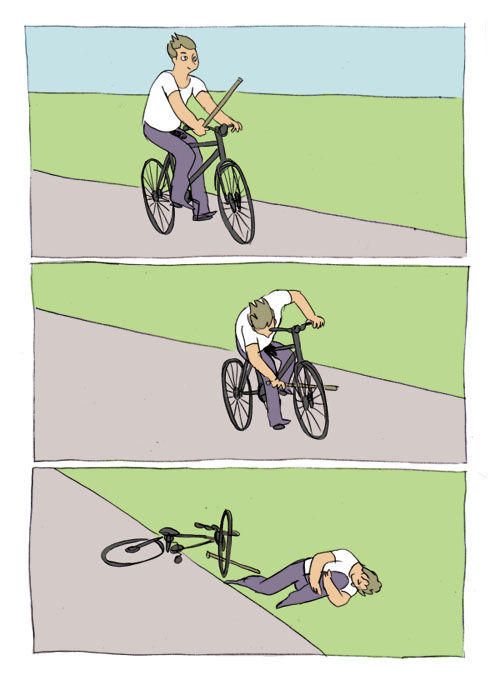 From the Marty’s Bent Newsletter

A few months ago, I shared a section from Charles Marohn’s book, Strong Towns, that was brought to my attention by Wrath of Gnon on Twitter. Since then, I picked up the book, read it, and have been skimming through it again on the weekends because Charles does an incredible job of putting our current condition into context and highlighting the source of many of the problems that exist today, short-term thinking and a world addicted to debt.

This particular section really stuck out to me, so I thought I’d take some time to share it in this rag and expand on the topic a bit.

The question posed by Tomas Sedlacek is a very important question to reflect on in your Uncle Marty’s opinion. Do we want an economy more like a person standing or riding a bike? Do we want to be forced to keep growth up at all costs lest we tip over and severely hurt ourselves? Or do we want the ability to stop from time to time when the situation calls for it? Taking a break to recalibrate and readjust priorities if we find ourselves wandering astray and getting ourselves into debt-fueled holes we can’t get ourselves out of. Serving the needs of people instead of growth at all costs.

I don’t think any of you freaks reading this will disagree; the world currently finds itself on a bike that not only needs to keep moving forward, but moving forward at a high pace lest global GDP falls below a level that is able to service the interest on the debt that has been accrued. And worse yet, everyone feels forced to play the game. To most, it seems to be the only game in town.

But, as Charles points out, it doesn’t have to be that way. If small towns, municipalities and cities had the balls to opt out and take their destiny into their own hands, they could take incremental steps to break away from the tyranny of the bike and stand on their own two feet.

This may actually be the only way out of the tyranny of the modern “growth at all costs” mindset; incremental, bottom up changes from local governments that make the conscious decision to take agency over their futures and accept that sacrificing growth may be in order. Tightening the belt may not be as bad as some people think. Sure, it may hurt at first, but at this juncture it seems like something worth doing.

It’s time to make savings cool again at the local level. Start with yourself and move up from there.