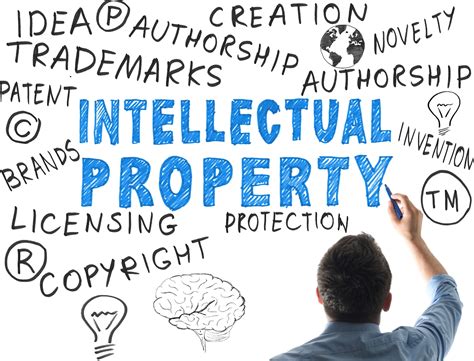 By Andrew Kern on the Mises Wire

The most common justification for legal protections of intellectual property (for example, patent and copyright) is that we need them to promote innovation. This is an empirical claim. I suspect, however, that most people who say something along these lines have not investigated the matter. If they did, they would probably find the evidence lacking.

There is a considerable amount of research on IP, but by no means is there a consensus that it produces net benefits. While there are some studies that suggest possible positive effects due to IP protection, they are not the norm. It is more common to find mixed results, skepticism that IP law is producing a benefit to society, or outright condemnation of IP. Here are a handful of findings that cast doubt on the intellectual property laws.

Moser (2003) found that historically, patent law’s main effects have been to shift innovative activity into different industries rather than increasing innovation in general:

Murray and Stern (2005) found evidence that patents reduced the spread of scientific knowledge by observing the notable drop in citations after formal patent grants:

Employing a differences-indifferences estimator for 169 patent-paper pairs (and including a control group of publications from the same journal for which no patent is granted), we find evidence for a modest anti-commons effect (the citation rate after the patent grant declines by between 9 and 17%). This decline becomes more pronounced with the number of years elapsed since the date of the patent grant, and is particularly salient for articles authored by researchers with public sector affiliations.

Torrance and Tomlinson (2009) reiterate the lack of empirical support for benefits from IP enforcement and concluded through simulation, that modern patent systems are probably leading to a number of negative effects:

Patent systems are often justified by an assumption that innovation will be spurred by the prospect of patent protection, leading to the accrual of greater societal benefits than would be possible under non-patent systems. However, little empirical evidence exists to support this assumption… The Patent Game suggests that a system combining patent and open source protection for inventions (that is, similar to modern patent systems) generates significantly lower rates of innovation (p<0.05), productivity (p<0.001), and societal utility (p<0.002) than does a commons system.

Polluck (2008) provides a brief overview of the literature, again emphasizing the skepticism for benefits due to IP protection. He concludes societal welfare could end up being higher if not for IP:

Bell (2006) discusses IP in the context of their mention in the Constitution. He finds that the Constitution’s call for “Progress of science and useful Arts” is not met by modern Copyright and Patent law:

Copyrights and patents promote only superficial progress in the sciences and useful arts. Copyright law primarily encourages entertaining works, whereas patent law mainly inspires marginal improvements in mature technologies. Neither form of intellectual property does much to encourage basic research and development. Essential progress suffers…. This article measures copyright and patent law against the Constitution’s call for promotion of the Progress of science and useful Arts, to find those traditional forms of intellectual property lacking.

Finally, Oberholzer-Gee and Strumpf (2010) discuss how the weakening of Copyright protection in recent years has not led to a reduction in the supply of new works:

File-sharing technology considerably weakened copyright protection, first of music and software and increasingly of movies, games, and books… Yet, despite the popularity of the new technology, file sharing has not undermined the incentives of authors to produce new works… Data on the supply of new works are consistent with our argument that file sharing did not discourage authors and publishers.

Bottom line? If one’s case for intellectual property hinges on it being beneficial for society – or even worse, necessary for a prosperous economy – one should come up with a different argument. At best, the jury is still out. At worst, abolishing IP would make society better off, not worse off.