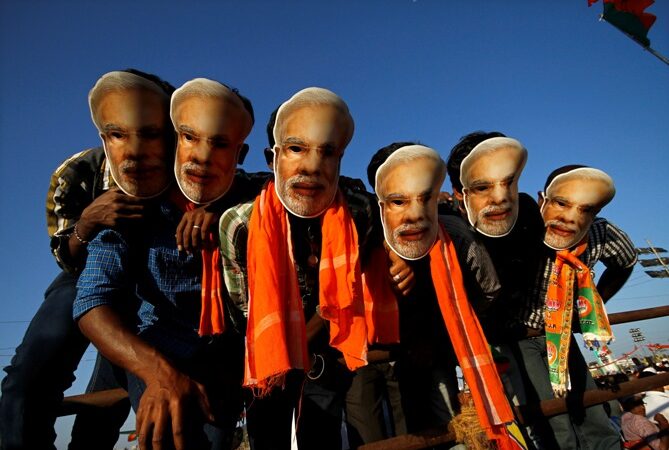 By Madhusudan Raj on Mises India

Politics is like a team sport where you support your team no matter what it is doing. There is no logic involved in supporting your team. It is a matter of emotions. It is a matter of being loyal to your team. People who are supporting Narendra Modi or BJP party or India as their nation are not irrational. Nobody is irrational when we look at the matter from the perspective of individual’s subjectively chosen ends and means i.e., human action. Mises said,

Human action is necessarily always rational. The term “rational action” is therefore pleonastic and must be rejected as such. When applied to the ultimate ends of action, the terms rational and irrational are inappropriate and meaningless. The ultimate end of action is always the satisfaction of some desires of the acting man. Since nobody is in a position to substitute his own value judgments for those of the acting individual, it is vain to pass judgment on other people’s aims and volitions. No man is qualified to declare what would make another man happier or less discontented. The critic either tells us what he believes he would aim at if he were in the place of his fellow; or, in dictatorial arrogance blithely disposing of his fellow’s wilI and aspirations, declares what condition of this other man would better suit himself, the critic. (Human Action, pp. 18-19)

Those who are voting for Narendra Modi, or for that matter any other politician, are not voting because of the reasonableness of his policies but because they are loyal to him. And they are loyal to him because he represents some inner values that they harbor inside their hearts and minds. Now whether one agrees with those values or not is immaterial for the supporters and evaluation of politics. This is the reason why we see every now and then voters justifying any kind of actions, whether logical or illogical from the third party critic’s perspective, by their favorite leaders like Narendra Modi. If we try to apply logic in the matter of politics then we will miss the whole point of politics. The way in which most Indians are going to support their cricket team no matter how good the Pakistani team is going to play, in the similar way political supporters are going to support their leaders and party because they are loyal supporters like loyal cricket fans.

This is the reason why any evaluation of political matters must first closely observe the emotions that are involved and not the logic or rationality of voters. There is no myth of rational voters. Voting people always have their own subjective feelings, needs and demands on basis of which they are voting. Why people are loyal to some or the other party is a matter of their feelings. If we want to resolve political conflicts then understanding these subjective feelings, needs and demands or requests is going to be of primary importance. Instead of judging voters from our own moral standpoints and values, we need to observe their feelings and needs and respond accordingly to start a dialogue so problem’s solution can be found.

Calling political supporters stupid or irrational or crazy or Bhakts etc., is not going to help anyone. I am myself guilty of doing the same in the past and have seen the consequences. Such communication only causes more bitterness and in the face of criticism supporters become even more defensive in protecting their beliefs. That shuts down any opportunity for a fruitful dialogue. What ensues is only noisy arguments and violence which leads nowhere. As human beings we surely can do better than this.