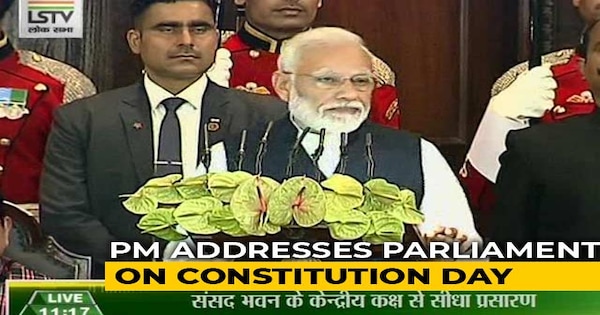 By Vijay Jayaraj at WattsupWithThat

This commentary was first published by American Greatness on December 17, 2021

Indian Prime Minister Narendra Modi’s explosive comments are not surprising to anyone who has been closely observing the opposition of India and China to western pressure for adopting climate polices contrary to the two countries’ economic objectives.

“The colonial mindset hasn’t gone,” said Modi at a Constitution Day event. “We are seeing from developed nations that the path that made them developed is being closed for developing nations… If we talk about absolute cumulative (carbon) emissions, rich nations have emitted 15 times more from 1850 till now… The per capita emission is also 11 times more in the U.S. and the EU.”

Senior ministers in the past have called out the colonial nature of climate politics. However, this is the first that Modi has publicly recalled in this context, the colonialism of the 18th and 19th centuries when Western countries denied basic rights and autonomy to India and other colonies.

Carbon imperialism is no myth. The economic success of modern western society is a fruit of the industrial era driven by fossil fuels. Even in the 21st century, all the major developed economies rely on these fuels for primary energy needs. To deny the same growth for developing countries is hypocrisy tinged with the colonialism under which fates of billions were decided by leaders of the industrialized West.

“Attempts are made to shut the path and resources for developing nations through which developed nations reached where they are today,” said Modi. “In past decades, a web of different terminologies was spun for this. But the aim has always been one to stop the progress of developing nations. The issue of environment is also being attempted to be hijacked for this purpose. We saw an example of this in the recent COP26 Summit…. Today no nation exists as a colony to any other nation. (That) doesn’t mean that (the) colonial mindset ended… Still, India is lectured on environmental conservation.”

Modi also called out Indian activists, policy makers and organizations espousing an anti-fossil stance. Blaming them for hindering progress, he said, “Sadly, we also have such people in our country who stall the development of the nation in the name of freedom of expression without understanding the aspirations of the nation. Such people don’t bear the brunt, but those mothers who get no electricity for their children bear it.”

Modi is right. Hundreds of millions in India have no access to uninterrupted electricity. What people in the developed nations take for granted is still a luxury for millions here. Mothers do manual work for hours, children lack electricity to study for their exams, and industries lose millions of dollars in damaged equipment from unreliable power. Electricity disruption even impedes medical procedures in rural hospitals. Without reliable electricity, India cannot achieve fast-paced economic growth necessary for raising 300 million people out of poverty.

Besides, there is no evidence that global CO2 emissions can cause catastrophic warming. Apocalyptic predictions are projections from computer models that have proven to be faulty. These models (used by U.N. climate alarmists and others) exaggerate warming by many times as they are designed to be ultra-sensitive to human CO2 emissions. So, there is no good reason for India to give in to climate pressure from the West.

It took a long time for the leader of 1.3 billion people to call out the reeking hypocrisy of Western elites and their never-ending attempts to dictate energy policy to countries in which they are not elected. Nevertheless, Modi’s bold step to tag western leaders with a “colonialist mindset” marks an important turn in global climate politics.