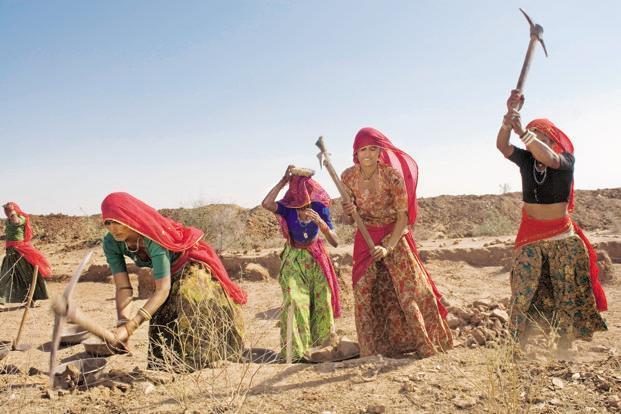 By Madhusudhan Raj via Mises India

In his second term, the Narendra Modi government is going to carry out some major labor reforms. These reforms aim to consolidate myriad of different labor legislation under four major labor codes. These codes are as following,

The first Code talks about minimum wages for every worker, unorganised, and contract labourers in the organised sector. The second one on industrial relations aims at changing the rules binding labour unions, handling labour disputes, terms of employment, lay off, retrenchment policies etc. The third, social security and welfare expands the scope of the coverage of Employees State Insurance (ESI) to every worker, irrespective of the size of the firm. The last one prescribes occupational safety, health and work conditions for Indian labour.

If enacted what impact these major changes in the labor legislation will have on the labor market is the question that I am going to answer here.

Two of the codes, minimum wage and social security, are at the final stages of becoming legislation while remaining two, industrial relations and occupational safety, health and work condition, are still in the initial phases of consultation and discussion. I am thus going to analyze former two codes only.

First, let us take the reform agenda of minimum wage Act. The reform in that act will bring the following changes,

At the moment only 7 per cent of workers are covered under the Minimum Wages Act. Once the new Wage Code gets enacted, every worker, up to the last person will have the right to wages. It is going to benefit the unorganised sector the most, as the Code will cover almost 43 crore people in the unorganised sector alone.

What does this mean for the Indian labor market? The economics of minimum wage tells us (e.g., see Neumark and Wascher 2010, Williams 2007, and Armentano 2013) that minimum wage hurts the very people for whom it is being enacted! Understanding this consequence of the minimum wage isn’t difficult if one understands how the market works, especially the law of demand. When you raise the price of a good, its quantity demanded is going to fall. In labor market this means, when the government artificially, via the minimum wage act, raises the price of laborers, it is going to result into less demand for their services i.e., unemployment for those whose marginal productivity is below the official minimum wage. The implication of Modi government’s minimum wage code is thus easy to see. It is going to cover some 43 crore (430 million) people in the unorganized sector alone. The code’s aim is to benefit the unorganized sector the most. But economics tells us that it is going to hurt the unorganized sector the most by making many laborers simply unemployable. Government will artificially raise their wages via this code, but from where will employers get that extra revenue to pay these artificially higher wages to vast numbers of laborers? They will not be in a position to pay them so they will simply stop hiring them. They will fire many of those who are already employed because now keeping them in job is more costly. Many businesses will close down outright unemploying hundreds and thousands of laborers. Many businesses will replace their labor with capital and this will also result into mass unemployment. All in all, if enacted this code will spell a disaster for the unorganized sector of India which is already battered after Modi’s yet another ill-conceived policies of demonetization and GST. Indian economy basically runs on the basis of this unorganized sector, which is almost 85% of the Indian labor market, and if that sector is battered then the Indian economy will be battered too. Already the growth rate has come down sharply and the unemployment rate has reached 45 year high. This code will break all such previous records.

The second is the code on social security.

Just like the minimum wage act, this so-called social security act will make unorganized sector laborers unemployed. Why? Because this act also increases the cost of production for employers without raising their revenue. Employers will have to keep aside more money for employees’ state insurance scheme. Government’s legislation either on minimum wage or social security is not going to increase laborers’ productivity and so it won’t raise businesses’ revenues. This all means, businesses are going to make losses and to cut down on their losses, and to maintain their profit margins, they will simply fire existing workers and stop hiring any new ones. They will also replace labor with capital. Again this means, unemployment for millions. The unorganized sector of India, which is its back bone, will be broken. Indian economy will simply grind to a halt.

I am sure those other two codes on industrial relations and occupational safety, health and work condition will have the same consequences for the economy. They will make the life of businesses in the unorganized sector more and more difficult. The code on industrial relations will make firing workers more difficult and the code on safety will increase the cost of production. The end result will be more harm to the workers in the unorganized sector and so harm to the Indian economy.

Government will never understand the laws of economic science. They will never allow the free market to work. India needs Capitalism to progress, but it will continue to get even higher doses of such Socialism. And that will continue to kill the Indian economy and with it its people.