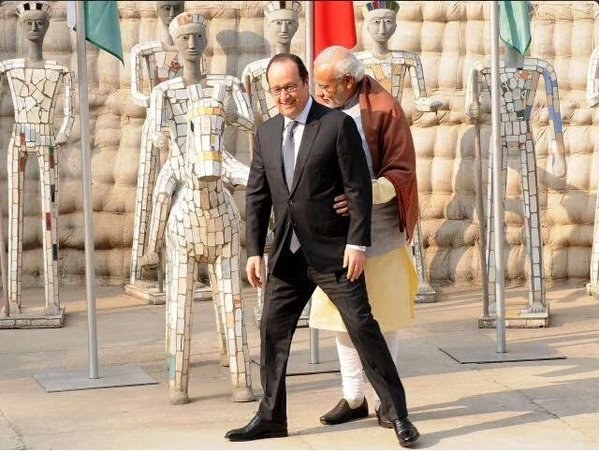 By Bharat Karnad on Security Wise

Over a million residents of Hong Kong came out on the street to protest the Extradition Bill that the stooge Beijing regime of Chief Executive Carrie Lam wanted to enact into law in this once British crown colony that after the expiry of its 99-year lease was returned to China in 1998. “This is a very important piece of legislation that will help to uphold justice and also ensure that Hong Kong will fulfill her international obligations in terms of cross-boundary and transnational crimes,” Lam explained. The authoritarian government of Mainland China then run by Chairman Dengxiaoping agreed that the system of freedoms Hong Kong enjoyed under British rule would be retained on UK’s withdrawal. It was to reconcile the continuation of the Western notions of rights and freedoms with the absence of these and other freedoms (including of free press and the freedom of expression) in the rest of China which led to the Chinese government conceiving the “One China, two systems” concept. These freedoms have steadily been encroached upon by the Xi Jinping dispensation, eager to iron out all anomalies under the rubric of uniting China.

The Hong-Kongers would have none of it. By coming out on to the street in unprecedented numbers, they frustrated the initial decision to let loose a reign of terror by the puppet police which might have worked had there been only a few protesters and sporadic violence. With a million plus people out peaceably resisting Lam’s move, the CEO threw in the towel and publicly announced the act of rendition to be held in abeyance. But the opposition wants a complete abrogation of that law and seems confident they’ll get it. The reason this act is anathema to the people is because — and this is how Beijing had hoped it would work — that any “trouble maker” was shipped to China for whatever “re-education” or other punishment the Orwellian Chinese state can dream up. This to prevent a contrasting model of a free people existing within China’s fold and making mainland Chinese wonder if they too shouldn’t be enjoying the same freedoms.

Recall that members of the harmless and entirely peaceful religious sect, the Falun Gong, were hunted down and hounded into near extinction with leading members harvested for their organs in hideous transplant operations or skinned alive and injected with formaldehyde until one could see the human body — a punishment meted out to criminals as well. These bodies then toured the world in exhibitions and became a hit mainly because they were so awfully macabre. It is the sort of medical actions not carried out anywhere since European Jews headed for the gas chambers were picked out by the Nazi surgeon Josef Mengele for the grossest surgical experimentation — with children and women being especially favoured for his treatments.

If Xi at the SCO summit in Bishkek felt free to advice Prime Minister Narendra Modi to talk to Pakistan and resolve the outstanding Kashmir issue, what keeps the Modi government and MEA from publicly and loudly and repeatedly counselling Beijing to respect the rights and freedoms of the people of Hong Kong, something they undertook to do vide the conditions in the lease termination agreement with Britain?

But, of course, with Modi always respectful of Xi, Minister S Jaishankar of his master’s voice, and MEA filled with “honorary Chinamen” of China, surely Chinese sensibilities will be respected and nothing untoward will be said by the ministry spokesman even as Hong Kong is enveloped in tear gas smoke and the people beaten with truncheons and pummeled by water cannons as they become targets of opportunity for the HK police — the handmaiden of the Chinese communist state. Will Modi ever muster the gumption to payback China and Xi in theur own coin? Nah! He lacks the strategic vision and, quite simply, the guts. (No such deficiency where Imran Khan and Pakistan are concerned.)

Then again the sucking up to countries he considers Big Powers seems this government’specialty. At the other end of extended southern Asia is an oil tanker on fire which Washington claims is owed to Iranian mines attached to the ship by Iranian OPVs. And the Trump Administration has been flashing a grainy video of a supposed Iranian boat caught in the act. America’s closest allies Germany and Japan dismissed the evidence as unconvincing. A 2020 Democratic Party presidential aspirant Pete Buttigieg, a naval intel veteran in Afghanistan, has come out and charged Trump with manufacturing an incident to start a war against Iran, likening the attempt to George W Bush’s entirely concocted reasons of nuclear weapons with Iraq to trigger the war against Saddam Hussein’s regime 2001 that so destabilized West Asia and the world, everyone is still suffering its backwash — the Islamic State, Syria, etc.

The fact is such invention is par for the course for the US government. In August 1964, President Lyndon Johnson used the “attack” on the American naval ship USS Maddox in the Gulf of Tonkin — a small insignificant naval encounter involving the US and North Vietnamese navies to secure a carte blanche from the US Congress for increased military involvement in Vietnam.

Now Trump’s NSA John Bolton appears to be on like mission. He has been recommending regime change in Tehran from the time he had President George W Bush’s ear. Now that he is in a position to do something about it he’s itching to start a war to realize that goal, seeking any lame excuse to do so. The tanker fire is coming in handy, with the unscrupulous Saudi regime of Crown Prince MbS aka Mohammad bin Sultan doing its bit to force America’s hand in the hope of ridding himself of his country’s main ideological rival — the shia regime led by Hassan Rouhani in Iran. Except, neither the US Congress nor America’s NATO allies are in a mood to accommodate him. And Trump seems to be in two minds and for good reason. Brazenly starting hostilities with no certainty that the theocratic regime in Iran won’t come out fighting and involve US forces in a costly war in a proximal theatre to Afghanistan and Iraq which he will be fully blamed for and, perhaps, sink his chances of reelection in 2020 is what’s holding him back.

With the US in a sort of jam of Trump-Bolton’s making, shouldn’t the Indian government get into the act of sagely urging Washington to cease and desist and not disturb the peace more than it already is in the region and, to put the knife in, suggesting Trump talk to the Mullahs? After all, not an incident on the LoC passes without some Pentagon or State Dept spokesman telling Delhi to calm down and not react harshly to some Pak-sponsored terrorist attack or the other. Having deliberately and without much forethought imperiled India’s close relations with Iran by obeying American orders to cut off Iranian oil supplies, this publicly offered advice to Trump is not much of a recompense, but such a statement from Delhi asking both countries to get to the negotiating table — something Tehran wants — will retrieve the situation for India some. It would be a nice diplomatic tit-for-tat. Except, again, Modi is into hugging and humouring Trump and the US and not into restoring for India a measure of self-respect and its now lost room for diplomatic maneuver.