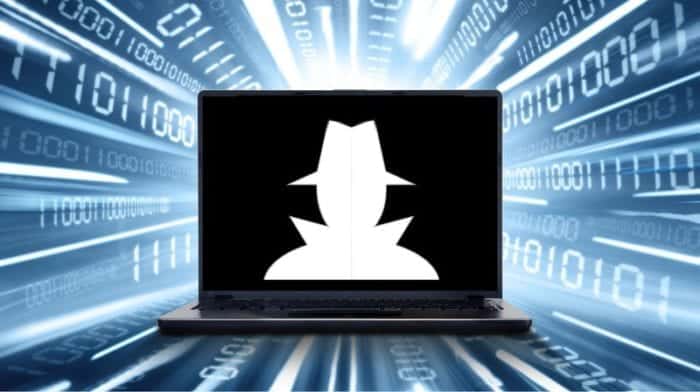 By Daniel Diefenbach on Mises.org

Each year, billions of dollars are stolen from Americans through online scams. One popular scam is fake technical support: a pop-up appears on the computer claiming it has a virus and that one must call Microsoft tech support at some phony number to unlock the computer. Once the scammer has the victim’s ear, they gain remote access, click on a few random windows, and then charge a fee for their nonexistent service.

Another common scam is the fake refund. A scammer cold calls a victim, telling them that they are from the refund department of a company like Google and that they are owed money. They then “process the refund” but claim that they overpaid and that money must be returned to them. To convince the victim, the scammer usually gets them to log on to their online banking and to allow them access to their computer. The scammers then edit the code of the page to make it appear as if extra money has been deposited (when in reality no money has been deposited). To return the supposed overpayment, the scammer then requests that the victim purchase gift cards, often hundreds of dollars’ worth of them, and provide the redemption codes. The gift card method is preferred, because it cannot be tracked and there is no stop transfer or similar action one could take as with transferring money from their bank.

There are many other scams, but they all follow a similar format: a fake problem that must be addressed immediately, a fake solution, and a hefty price tag. With the perpetrators mostly abroad in places like India, US government agencies like the FBI (and their counterparts across the anglosphere) remain incapable of bringing them to justice. Fortunately, in their place, internet “vigilantes” known as scam baiters have answered the call to action.

Kitboga, who has 1.59 million subscribers on YouTube, is one example. He became interested in scam baiting after his grandmother, who suffered from dementia before passing, became a victim. She was in scammers’ target demographic. Inspired by her, he deliberately calls the scammers and changes his voice to sound like an eighty-year-old woman, humorously droning on about random stories and the days of old. After being strung along for hours or even days, these scammers realize they’ve been fooled and often lose their temper in a very entertaining way, almost always cursing and sometimes even crying. The show Kitboga puts on has brought him much success, but it’s much more than a matter of pulling a thief’s pants down for laughter. Every minute that he’s holding them hostage is a minute they are unable to defraud someone else.

Scammerrevolts takes this a step further. He plays along until it is time to grant the scammer remote access to his computer. He takes this opportunity to gain reverse access and then locks the scammer out of their computer. He usually deletes all of their files and renders the computer useless. Unlike Scammerrevolts, who uses a dedicated laptop with hardly anything on it, scammers tend to use their own laptops, with their personal resumes and CVs, pictures, and other personal data on them. They are understandably upset, and Scammerrevolts is not at all shy about rubbing their noses in it. Like Kitboga, the entertainment value is high, but this is not just a matter of entertainment. He actually destroys the scammers’ ability to carry out further scams, at least temporarily.

As great as the two aforementioned scam baiters are, though, one man named Jim Browning reigns supreme. Browning was once featured in a BBC documentary that led to the shutdown of one of these scamming enterprises and the arrest of its leader. Browning hacked into everything including the CCTV at the scamming facility and was able to use this information to locate the facility and provide the information to the BBC and the local Indian police.

Browning is more of a big-picture scam baiter. His goal is to take down entire call centers, and he has been successful. He quietly hacks into the personal data of each member of the organization as well as the surveillance cameras to gain a comprehensive view of the entire business. Browning has also intervened in scam calls before victims could provide payment information, and he sends detailed emails to those already scammed, explaining how they may retrieve their stolen money. He will absolutely bombard these phony call centers with robocalls to make their jobs impossible (they’re unable to make outgoing calls). His efforts have made him infamous to scammers. In a recent sting, one scammer who had made $500,000 in the past nine months referred to him by name once he realized whom he was dealing with. Jim Browning patiently told him that his game was over.

When he was featured by the BBC, Browning was referred to as a vigilante, and it was mentioned that his activities were likely illegal. But before Browning foils a scam ring, he first goes to the proper “authorities.” He provides extremely detailed evidence to the Indian cyber police, including the names of victims and the stolen amounts, as well as the exact names and whereabouts of the perpetrators. He basically does the police work for them, yet he rarely hears a response on his emails. The only time he received any response was when the BBC picked up his story. No worry, though; government involvement or not, Jim Browning is able to shut down entire scam enterprises in India remotely from England.

Scam baiters represent a decentralized solution to the rampant problem of theft that current governments are unable to deal with. It is not that government agencies do not try. Scammers living in or visiting the US do get arrested (see here and here), and it is probably a good thing that the US has not taken a more active role meddling in Indian affairs. In India too, scammers are being arrested, but Indian police lack the resources to go after all of them. The backing of Microsoft has usually been required for any action to be taken.

But what is even more challenging for India is that while the perpetrators may be located in their jurisdiction, the victims are not, making it hard for anyone to build a case. Governments exist in the past, even though the internet has brought people thousands of miles away closer than ever. They remain hemmed in by artificial boundaries (at least when it suits them).

Heroes like Jim Browning have thankfully stepped in to prevent further acts of theft and to help those already victimized recover their money. He does not just wait for a crime to occur and then write up a report, but takes an active role in thwarting crime. All he has needed to do this is a computer connected to the internet, a relatively common piece of equipment around the world.

People are tired of seeing their loved ones scammed or being scammed themselves, and they are ready to support those bringing about this “vigilante” justice. Kitboga earns thousands of dollars from Twitch subscribers alone, not including money from YouTube ad revenue. Jim Browning has even more subscribers at nearly 2.8 million and also receives voluntary support through a Patreon account. There may be an altruistic element to these scam baiters’ work, but the interest in what they do and the dollars that follow encourage them to continue their work. They have even encouraged the creation of informal communities dedicated to scam baiting and perfecting their craft—no licensing or centralization necessary. These online hackers provide a much-needed service. They actually intervene and stop theft as it occurs, and sometimes even return people’s money. Meanwhile, the government cannot perform the basic action of returning stolen property to its rightful owner.