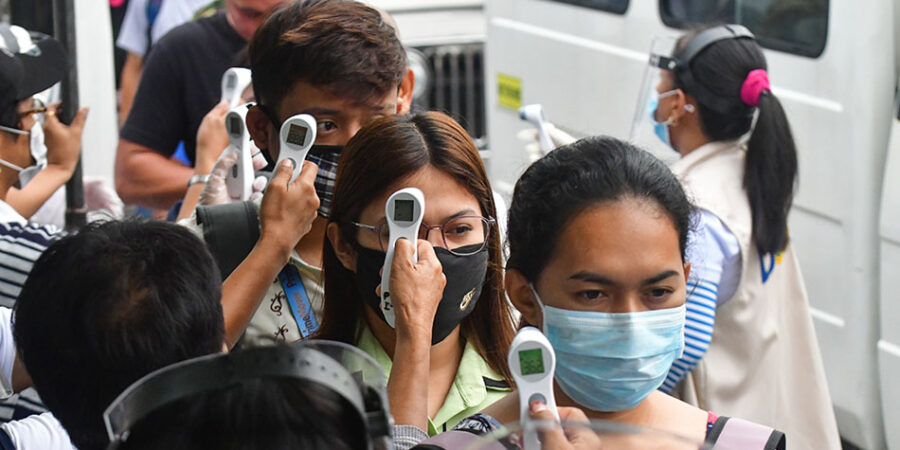 By Olivier Maurice on Contrepoints.org

So let’s move on to the next step: let’s destroy individual freedoms much more methodically and several thousand years of difficult liberal evolution and return to the magnificent crashes of health socialism that marked the past!

Because health socialism, “a social organization which intends to make the general interest prevail over particular interests, by means of a concerted organization” does not date from today, far from it. There are many examples of this throughout history.

Like the management of the black plague epidemic in Venice, which began in the lagoon city in 1630 at the same time as the carnival was being held.

In the midst of the festive period, panic quickly invaded the canals.

We quickly forget that the disease had already struck Milan and Mantua, at the gates of Venice, for almost a year. Immediately, the onset of the disease is attributed to carnival and lax morals! There is no doubt that it was the depraved behavior of the revelers and the outrageously displayed opulence of the city’s wealthy merchants and bankers that were at the root of the city’s misfortune.

What else could it be?

We then apply exactly the same directive and coercive measures of which we celebrate the imperative need today: travel is banned. There is a curfew. We systematically burn all the objects of the sick. The air is purified by burning herbs and ventilating the premises. The sick are placed in quarantine and those who try to escape from these dying places on the outskirts of the city are hanged on the spot.

The wearing of the mask is compulsory, it is adorned with a long nose to ensure social distancing! Alcohol is prohibited, as well as games and meetings …

Popular memory still celebrates every year at the carnival the stupidity of all this madness by reproducing the black clothes and the masks of crows that then invaded the city.

Above all, history has retained that all of this was absolutely pointless and that in a few months 46,000 of the 140,000 inhabitants of the Republic had lost their lives. This massacre would foreshadow the fall of the world’s greatest trading power at the time.

History has learned that it was neither politics nor morality that ended the epidemic, but the disappearance of pathogens (rat fleas in this case). We don’t really know why or how, but they have disappeared.

All the health rhetoric heard for a year and a half now has been based on this challenge to history: we are no longer in the Middle Ages, we are much more knowledgeable, equipped, equipped, organized, than the Republic of Venice of the 17th century.

So let’s redo exactly what did not work in 1630 but with the means today. And everything will be fine.

What makes the situation more complicated is that this socialism applied to the health sector, version 2021, has on the surface very little to do with that implemented by the Republic of Venice and almost all of the rich cities in Europe during the black plague epidemic.

If the means are incredibly similar, if not almost the same, the arguments put forward to justify them seem at first glance totally opposed to those put forward four centuries ago.

They almost all rely on the credit of science. However, the main lesson of science is to define reproducibility. Under what argument would the same prophylactic measures implemented today have a different effect than those implemented previously?

The first argument presented is moreover unbelievably stupid: “Because today we have scientific knowledge different from that of 1630”.

Under what law could knowing something better explain why it reacts differently?

We can ultimately understand by this that we have different means. But it is totally wrong and even unbelievable that people can believe that fabric masks developed in the 21st century were going to achieve what fabric masks worn during epidemics of plague, cholera, smallpox, Spanish flu, etc. have never succeeded in doing.

Especially since the main reliable scientific evidence on the subject is that the source of the infection is believed to be a virus, an organism thousands of times smaller than previous pathogens and therefore even more likely to fall through the cracks.

In fact, science has been totally perverted.

It has been well realized for a year and a half that the general wearing of the mask has not stopped the epidemic. But this is not because the mask is ineffective, nor useless, or because its wearing has not been sufficiently respected, as we have heard during accusatory speeches that have become commonplace.

The scientific reason is clear and explicit: if the mask does not stop the epidemic it is because we can see that the epidemic continues to spread while the mask is used on a large scale.

Everything else is just theory, rambling, quackery, superstition or crass stupidity: if a theory is contradicted by the facts, it is wrong, period!

Does that mean giving up wearing a mask? Clearly no! Especially not !

Finding that the mask does not stop the epidemic in no way allows us to conclude that it is useless, quite the contrary. This is just to say that the political argument to justify the obligation to wear a mask is totally wrong.

Indeed, why force people to do something that can only benefit them, without any other justification? It’s a bit like enacting a law that would require all nails to be driven in …

Especially when serious scientific studies which finally prove, with supporting figures, that certain measures such as wearing a mask outdoors are totally useless, we find nothing better to do than forcing it.

What is passable for the mask becomes clearly unacceptable for the vaccine. Especially since this measure comes after a whole series of other measures of the same order.

Let’s be clear: these initiatives have not failed individually, they have totally failed collectively. Collectively and globally.

Clearly, if you wash your hands regularly, wear a mask, telecommute, etc. you clearly increase your chances of not catching the virus. But have the laws and the constraints made it possible to suppress the viruses and suppress the waves, the deaths, the fear? Clearly no!

In fact, they served above all to cover up the carelessness of the state, which arrogantly claimed to have a monopoly on managing the crisis on the pretext that it would do better than everyone else.

The result is dismal! One year after the onset of the crisis, we are still dealing with emergencies, just as if nothing had changed.

The example of the official figures of the health situation described as catastrophic in Guadeloupe and which was again placed in lockdown for at least three weeks is obvious: 23 people in critical care, 34 in intensive care, 91 people hospitalized, or 148 people. including 72 over 70 years old, 105 over 60 years old… People with comorbidities vaccinated with two doses: 318.

318 high-risk people vaccinated in 8 months … 23 people in intensive care, 148 people hospitalized and it’s the end of the world!

A DISASTER ANNOUNCED, ONCE AGAIN

Above all, it is proof that health socialism is a huge catastrophe that has cost a fortune and has not changed the situation by an inch, which has even been clearly counterproductive.

We can say what we want: the health and civil authorities of Guadeloupe are responsible for the ridiculously low rate of vaccination of vulnerable people. They are also responsible for the incredible panic that is causing the hospital system to explode.

But it is much more enjoyable to bring out the good old nauseating stirrings about the peculiarities of the inhabitants of this region since the state itself has started the stigmatization … Let’s go at it cheerfully.

HOLES IN THE RACKET

Either way, the state itself does not believe in the effectiveness of its measures. The proof ? It is the first to enact exceptions which have no sanitary sense, while being extremely harsh when it comes to setting an example.

Truck drivers will not need a health pass to go to a restaurant, while on the other hand, employers will be able to suspend the contracts of their employees who do not have it and possibly lay them off … We are swimming in full inconsistency and full arbitrariness .

It is becoming urgent to put an end to all this madness!

How can we believe that the sanitary pass is not going to be, as it has systematically been the case for a year and a half, one more lamentable crash?

How can we believe that a system that has failed in everything, including the simplest things like providing masks to caregivers, could make the world return to its original state with a wave of a magic wand?

It is really an act of faith bordering on blind bigotry to believe that in the fall, we will not have the right, once again, to lockdowns, travel restrictions, barrier gestures, hospitals unable to treat us, closed shops, fines of 135 euros AND a health pass.

What new find, what new ridiculous excuse, what new liberticidal, authoritarian and convoluted measure will still come out of the hat in an attempt to camouflage this disaster that looms?