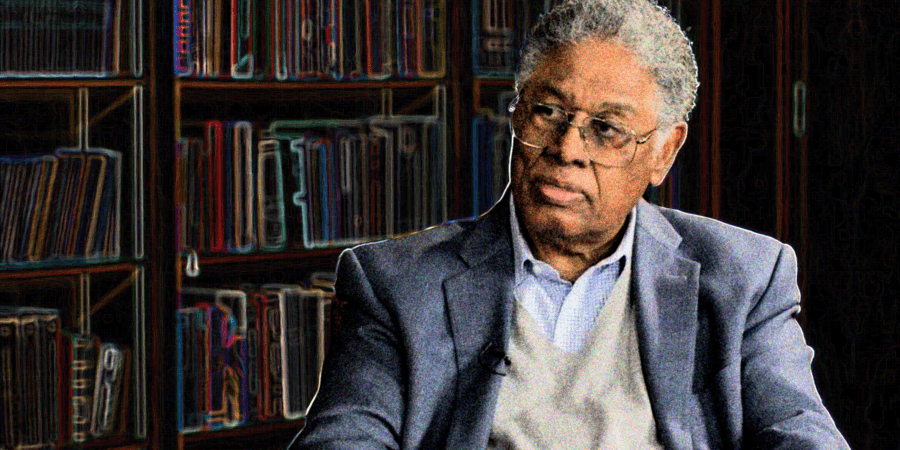 Intellectuals support their cause, no matter what evidence we can point to them. They must bring cosmic justice to Earth at any cost.

By Marius-Joseph Marchetti on Contrepoints.org (Introduction to the French translation of the book)

[Sowell] questions the theoretical and semantic validity of races as well as of intellectuals. He also notes that intellectuals tend to elude certain facts that undermine the foundations of their theories.

Thomas Sowell takes as an example the introduction of data from Asian populations into comparative racial studies to show that the gap that exists between black and white populations (page 14) is not necessarily of a specifically discriminating nature: indeed, by entering these data, we realize that there is a difference of the same order between Asians and the white populations.

SECOND CHAPTER: WHAT FACTORS COULD EXPLAIN THESE RACIAL DIFFERENCES

He takes some circumstantial and geographic examples: the absence of horses among indigenous peoples, or even of oxen, unlike in Europe and Asia. For example, the wheel is present among some tribes in Latin America, but without a workhorse, this invention has no practical value in the struggle for survival.

But other factors can also be important, such as cultures, differences in the median age of different populations, etc. As Thomas Sowell also notes, one cannot be surprised at the development gap between societies which stifle some of the talents of their populations with rigid differences between castes and sexes and those which do not.

It is also important to point out that sometimes, the desire to avoid a group is not the result of open discrimination or malice, but a way of economizing knowledge (cost-economizing knowledge): for example, before the massive arrival of Irish immigrants, cholera was unknown to Americans.

During the cholera epidemics in Philadelphia and New York, the disease was known to spread mainly through Irish neighborhoods and we avoided hanging around there. But that has faded over time, especially with the action of the Catholic Church to help the Irish-American populations integrate.

Thomas Sowell then returns to the genetic determinism that was the backbone of intellectuals of the progressive era, from one spectrum to another on the political spectrum. This point of view of intellectuals will change during the twentieth century, especially with the liberal (ie leftist) era (liberal here is in English: the term reflects its social-democratic drift in North American countries) which will begin with a book: An American Dilemma , by Gunnar Myrdal.

The progressive era attributes everything to heredity and genetic determinism. It is a eugenics movement whose views are shared by leftists and conservatives alike (from Keynes to Churchill, to the Webbs and up to Henry Louis Mencken). These intellectuals were fashionable, and this point of view was disseminated everywhere thanks to Madison Grant’s book The Passing of the Great Race.

It was under the leadership of Woodrow Wilson, progressive and President of the United States, that racial segregation began in the Census Bureau and the Bureau of Printing and Etching. Madison Grant’s death in 1937 spared him the knowledge of the outcome of these fallacious ideas.

An interesting point raised by Thomas Sowell is that the progressives defended the minimum wage to protect themselves from the so-called inferior races, so as not to harm the standard of living of American workers in competition with Chinese workers as, because of their higher productivity, they could have ousted white men and the Nordics (being a Nordic being considered during the progressive era as the top of the genetic basket).

Defending eugenics was part of the program of promoting social welfare against the selfish forces of private interest: this rhetoric of social control by intellectuals has not changed since.

However, correlation does not equal causality: relying on Grant’s rhetoric (given the poor level of data provided by his work, this deserves the title of rhetoric) to promote a policy of racial cleansing is only one of the many ways for intellectuals to support and market their vision to the world.

These intellectuals worshiped the peoples of the North, while “when the Greeks and Romans laid many of the foundations of Western civilization […] the peoples of Great Britain and Scandinavia lived in illiterate and much less advanced societies. “

But it is a perspective that intellectuals of the progressive era quickly squeezed out because it was of no use to them.

FOURTH CHAPTER: THE ROLE OF INTELLECTUALS IN CERTAIN CONFLICTS

For example, Sowell shows the role that the overproduction of intellectuals played in the soft sciences of the Habsburg Empire.

Indeed, this resulted in a shift of intellectual resources, not to productive jobs but to Czech nationalist activism (in particular, there is an over-representation of intellectuals in these nationalist movements, such as university students and teachers). The same was true in Sri Lanka, as well as in Kampuchea with the Khmer Rouge, where the “mass killings were likewise mainly directed by intellectuals, including students and academics.”

Intellectuals must make a good living from the ideas they sell: the misfortune of some is due to the happiness of others. These are all the contributions of the dominant intellectuals. Indeed, intellectuals must emphasize that there is no difference in performance between groups and that all superiority is a matter of privilege.

From this state of affairs linked to discriminating forces, they will be able to restore “cosmic justice”, since there can only be external and non-internal causes to this reality. The very possibility that all cultures are not equal, that there may be internal causes, has no possibility of existence in the hermetic sphere of the dominant intellectuals.

Not only is the empirical evidence that A made B poorer is seldom considered necessary, but the considerable evidence that the presence of A saved B from being even poorer is often dismissed. In third world countries, where poverty has often been attributed to exploitation by Western nations, it is not uncommon for the indigenous populations most in contact with Westerners in port cities and other places to be visibly less poor than the indigenous populations living in the hinterland, far from Western contact or influence.

To consider that some people are simply outperforming others, for whatever reason, is a threat to the prevailing view today, as it implicitly places the burden on the lagging group to accomplish more; and, perhaps more importantly, deprives the intelligentsia of its role of fighting on the side of the angels against the forces of evil. The very concept of success takes a back seat, or disappears altogether, in some of the intelligentsia’s verbal formulations, where those who end up doing better ex post are described as having been ‘privileged’ ex ante.

Intellectuals are in search of “cosmic justice”, an abstract phrase ironically taken from John Rawls, searching for injustice in external causes: some are angels, concerned with the well-being of others, unlike conservatives.

Whether in the United States or the United Kingdom, intellectuals convey a culture of resentment, some defending the black cause (even though, for example, a majority of black individuals killed each year are mostly black people by other black individuals) and others from the lower classes.

Whether intellectuals side with genetic determinism or oppressive discrimination against the privileged, nothing can be done to change this situation: we can only defer to the intellectuals.

We have raised it before, as has Mr. Sowell: Intellectuals support their cause, no matter what the evidence is. They must bring cosmic justice to Earth at any cost (easily calculated with the number of innocent lives ruined).

Why ? Part of the answer can certainly be found in the fact that intellectuals derive substantial profit from their malicious industry, whether it is racialist or of some other kind.

This is the point argued by Thomas Sowell in another of his books, Intellectuals and Society. Intellectuals are sellers of ideas, whether they are good or bad. More often, however, they tend to be bad, as intellectuals do not pay the consequences.

A realistic vision of the world, based on a comparison in terms of efficiency of different cultures, imposes on the rational individual a heavy workload to improve and adapt, while the accusation towards others allows a gain of considerable time and allows the intellectuals to obtain a place of self-congratulation. They, contribute so obviously to the establishment of cosmic justice: and this is their prized enterprise.

Why give the public an unpleasant, even disqualifying truth, when they can provide it with the sweetness of imaginary justice? Intellectuals are in a framework where they do not pay the cost of their ideas. But millions of people are doing it for them.

The kind of equality that intellectuals seek is false, top-down, virtual equality. It’s window dressing. Perhaps it is for this reason that a large number of intellectuals have turned to socialism or to eugenics, or even to multiculturalism.

In short, whenever intellectuals have wanted to impose their views to improve social welfare, they have turned to the state. It is civilization and social cooperation that these men endanger.