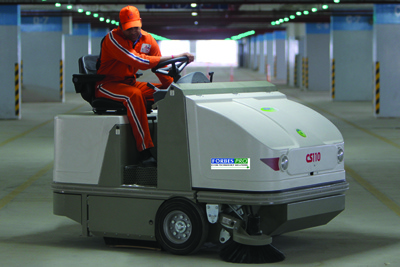 By Frédéric Bastiat [Included in The Bastiat Collection (2011), this article appeared in Economic Sophisms (1845).]

Machine breaking and the prohibition of foreign commodities — are two acts founded on the same doctrine.

We see men who clap their hands when a great invention is introduced, and who nevertheless adhere to the protectionist system. Such men are grossly inconsistent!

With what do they reproach free trade? With encouraging the production by foreigners who are more skilled or more favorably situated than we are, of commodities that, but for free trade, would be produced at home. In a word, they accuse free trade of being injurious to national labor?

For the same reason, should they not reproach machinery with accomplishing by natural agents what otherwise would have been done by manual labor, and so of being injurious to human labor?

The foreign workman, better and more favorably situated than the home workman for the production of certain commodities, is, with reference to the latter, a veritable economic machine, crushing him by competition. In like manner, machinery, which executes a piece of work at a lower price than a certain number of men could do by manual labor, is, in relation to these manual laborers, a veritable foreign competitor, who paralyzes them by his rivalry.

Thus, every adherent of the system of protection, if he is logical, should not content himself with prohibiting foreign products; he should proscribe also the products of the shuttle and the plough.

And this is the reason why I like better the logic of those men who, declaiming against the invasion of foreign merchandise, declaim likewise against the excess of production that is due to the inventive power of the human mind.

Such a man is Mr. de Saint-Chamans.

“One of the strongest arguments against free trade,” he says, “is the too extensive employment of machinery, for many workmen are deprived of employment, either by foreign competition, which lowers the price of our manufactured goods, or by instruments, which take the place of men in our workshops.”

Mr. de Saint-Chamans has seen clearly the analogy, or, we should rather say, the identity, that obtains between imports and machinery. For this reason, he proscribes both; and it is really agreeable to have to do with such intrepid reasoners, who, even when wrong, carry out their argument to its logical conclusion.

But here is the mess in which they land themselves: If it be true, a priori, that the domain of invention and that of labor cannot be simultaneously extended but at each other’s expense, it must be in those countries where machinery most abounds — in Lancashire, for example — that we should expect to find the fewest workmen. And if, on the other hand, we establish the fact that mechanical power and manual labor coexist, and to a greater extent among rich nations than among savages, the conclusion is inevitable that these two powers do not exclude each other.

I cannot understand how any thinking being can enjoy a moment’s repose in presence of the following dilemma: Either the inventions of man are not injurious to manual labor, as general facts attest, since there are more of both in England and France than among the Hurons and Cherokees, and, that being so, I am on a wrong road, though I know neither where nor when I missed my way; at all events, I see I am wrong, and I should commit the crime of treason to humanity were I to introduce my error into the legislation of my country!

Or else, the discoveries of the human mind limit the amount of manual labor, as special facts appear to indicate; for I see every day some machine or other superseding 20 or 100 workmen; and then I am forced to acknowledge a flagrant, eternal, and incurable antithesis between the intellectual and physical powers of man — between his progress and his present well-being; and in these circumstances I am forced to say that the Creator of man might have endowed him with reason, or with physical strength, with moral force, or with brute force; but that He mocked him by conferring on him, at the same time, faculties that are destructive of each other.

The difficulty is pressing and puzzling; but you contrive to find your way out of it by adopting the strange mantra: in political economy there are no absolute principles.

In plain language, this means, “I know not whether it be true or false; I am ignorant of what constitutes general good or evil. I give myself no trouble about that. The immediate effect of each measure upon my own personal interest is the only law which I can consent to recognize.”

There are no principles! You might as well say there are no facts; for principles are merely formulas that classify such facts as are well established.

Machinery, and the importation of foreign commodities, certainly produce effects. These effects may be good or bad; on that there may be difference of opinion. But whatever view we take of them, it is reduced to a formula, by one of these two principles: Machinery is a good; or, machinery is an evil: Importations of foreign produce are beneficial; or, such importations are hurtful. But to assert that there are no principles, certainly exhibits the lowest degree of abasement to which the human mind can descend; and I confess that I blush for my country when I hear such a monstrous heresy proclaimed in the French Chambers, and with their assent; that is to say, in the face and with the assent of the elite of our fellow citizens; and this in order to justify their imposing laws upon us in total disregard for the real state of the case.

But then I am told to destroy the fallacy by proving that machinery is not hurtful to human labor, nor the importation of foreign products to national labor.

A work like the present cannot well include very full or complete demonstrations. My design is rather to state difficulties than to resolve them; to excite reflection rather than to satisfy doubts. No conviction makes so lasting an impression on the mind as that which it works out for itself. But I shall endeavor nevertheless to put the reader on the right road.

What misleads the adversaries of machinery and foreign importations is that they judge of them by their immediate and transitory effects, instead of following them out to their general and definite consequences.

The immediate effect of the invention and employment of an ingenious machine is to render superfluous, for the attainment of a given result, a certain amount of manual labor. But its action does not stop there. For the very reason that the desired result is obtained with fewer efforts, the product is handed over to the public at a lower price; and the aggregate of savings thus realized by all purchasers enables them to procure other satisfactions; that is to say, to encourage manual labor in general to exactly the extent of the manual labor which has been saved in the special branch of industry which has been recently improved. So that the level of labor has not fallen, while that of enjoyments has risen.

Let us render this evident by an example.

Suppose there are used annually in this country 10 million hats at 15 shillings each; this makes the sum which goes to the support of this branch of industry £7,500,000 sterling. A machine is invented that allows these hats to be manufactured and sold at 10 shillings. The sum now wanted for the support of this industry is reduced to £5,000,000, provided the demand is not augmented by the change. But the remaining sum of £2,500,000 is not by this change withdrawn from the support of human labor. That sum, economized by the purchasers of hats, will enable them to satisfy other wants, and consequently, to that extent will go to remunerate the aggregate industry of the country. With the five shillings saved, John will purchase a pair of shoes, James a book, Jerome a piece of furniture, etc. Human labor, taken in the aggregate, will continue, then, to be supported and encouraged to the extent of £7,500,000; but this sum will yield the same number of hats, plus all the satisfactions and enjoyments corresponding to £2,500,000 that the employment of the machine has enabled the consumers of hats to save. These additional enjoyments constitute the clear profit that the country will have derived from the invention. This is a free gift, a tribute that human genius will have derived from nature. We do not at all dispute that in the course of the transformation a certain amount of labor will have been displaced; but we cannot allow that it has been destroyed or diminished.

The same thing holds of the importation of foreign commodities. Let us revert to our former hypothesis.

The country manufactures 10 million hats, of which the cost price was 15 shillings. The foreigner sends similar hats to our market, and furnishes them at 10 shillings each. I maintain that the national labor will not be thereby diminished.

And then there remains to each purchaser five shillings saved on each hat, or in all, £2,500,000, which will be spent on other enjoyments — that is to say, which will go to support labor in other departments of industry.

Then the aggregate labor of the country will remain what it was, and the additional enjoyments represented by £2,500,000 saved upon hats will form the clear profit accruing from imports under the system of free trade.

It is of no use to try to frighten us by a picture of the sufferings that, on this hypothesis, the displacement of labor will entail.

For, if the prohibition had never been imposed, the labor would have found its natural place under the ordinary law of exchange, and no displacement would have taken place.

If, on the other hand, prohibition has led to an artificial and unproductive employment of labor, it is prohibition, and not liberty, that is to blame for a displacement that is inevitable in the transition from what is detrimental to what is beneficial.

At all events, let no one claim that because an abuse cannot be done away with, without inconvenience to those who profit by it, what has been suffered to exist for a time should be allowed to exist forever.