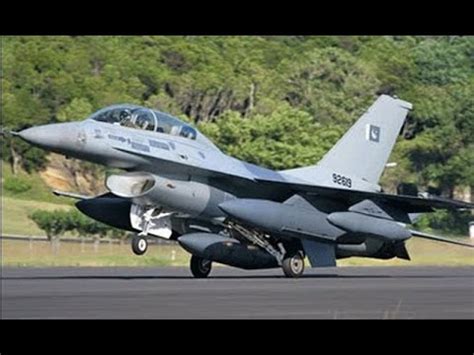 The dust has not quite settled on the little matter of Prime Minister Narendra Modi requesting Donald Trump, per Trump, to mediate on the Kashmir dispute. Because, in the face of foreign minister K Jaishankar’s “categorical denial” in Parliament regarding any such request, the US President’s Special Assistant Larry Kudlow asserted before TV cameras that “the President does not make up things”. [ https://www.youtube.com/watch?v=iriKCIeiF0U ]

So, no one’s any nearer to knowing what actually transpired in Osaka and what it is that Modi said to the US President, 20 days later, to prompt Trump’s offering himself to Imran and the world as potential arbitrator. And, oh, yes, all the usual retired diplomats — foreign secretaries and the like, and the entire lot of lesser commentators, who until now vociferously backed Modi’s policy of cultivating America as a central pillar of Indian foreign policy, suddenly discovered the US cannot be trusted!

Imran returned home a hero having consolidated Pakistan’s status — surprise! surprise! — as the indispensable front line state the US desperately needs to zero out its military presence in Afghanistan at any and all cost, along with a goodies bag for the Pakistan armed services, which indubitably is the first tranche of upfront payoffs — a $125 million package to retrofit 12 PAF F-16Cs and six two-seater trainer version F-16Ds with the technologically updated Pratt & Whitney F100-PW-229 jet engine with 79 kiloNewton dry thrust and 129.7 kN with afterburner. Most likely, senior PAF officers accompanying the COAS General Qamar Bajwa, who was part of Imran’s delegation, wangled the EEP (Engine Enhancement Program) version.

The P&W website reveals the EEP as incorporating advances in such areas as turbine materials, cooling management techniques, compressor aerodynamics, and electronic controls, from the F-22 Raptor’s turbofan engine and from the propulsion system in the latest American combat aircraft F-35 jet power plant, thereby increasing the “Depot maintenance interval” of the warplane from 4,300 to 6,000 hours or, to put it differently, from 7 to 10 years, while easing upkeep procedures and reducing the lifetime costs by almost a third. In other words, PAF is well on its way to at once refurbishing its entire F-16 fleet, lengthening its life, and making it more affordable.

Again by design and, perhaps, to suppress any hard reaction from Delhi, the US insisted on placing 60 Lockheed representatives in Pakistan (whether on PAF air bases, is not clear) constituting a Technical Security Team (TST) to monitor the end-use of these revamped F-16s. Except, a Pentagon official told Indian news agency, PTI, that the Americans would be there to also, as he put it, protect the engine technology, presumably from being onpassed to China — one of the usual channels Beijing has used over the years to access US technologies. Pakistan, for instance, shipped an F-16 for Chinese engineers to study and reverse engineer its many technologies when it was first inducted into PAF in 1982 and, likewise, moved the high-performance, silenced, rotor system in the US helicopter that crashed during the 2011 American Operation Neptune Spear to take out Osama bin Laden, to China for a decent amount of time before returning the damaged ‘copter to America.

The fact is even with Americans exercising physical oversight of the revamped F-16s, there’s no way they can prevent these aircraft from being flown to satellite air fields ostensibly on routine exercise either for the Chinese aviation designers and engineers to closely inspect them there, or to embark them on offensive sorties (assuming the TST is really there to deter such uses, which is doubtful).

Curiously, at the same time as the F-16 deal was announced in Washington a couple of days after Imran’s departure, the US Defence Security Cooperation Agency issued a statement saying that India had asked to buy spare parts and test equipment for IAF’s C-17 transport planes, and that it “is seeking personnel training, among other things, “for an estimated cost of $670 million.” India, it added, “needs this follow-on support to maintain its operational readiness and ability to provide Humanitarian Assistance and Disaster Relief (HA/DR) assistance in the region…[and] will have no difficulty absorbing this support into its armed forces.” Both the press releases announcing the F-16 upgrade and the the Indian buy of C-17 support, iterated that these sales “will not alter the basic military balance in the region.”

And, outside of hightailing it out of Afghanistan, that’s the entire US strategic game plan and objective isn’t it — to maintain by whatever means and at all cost “the basic military balance” in the subcontinent? It is also apparently China’s. Because, such military balance encourages Islamabad to continue engaging in cross-border terrorism, keeps India distracted with the Pakistan bogey and unprepared and incapable of diverting the limited resources to tackle the more substantive China threat, even as Washington and Beijing are free to carry on with their big power struggle to gain ascendancy in the Indo-Pacific while exploiting, in separate and similar ways, the squabbling India and Pakistan for their own purposes.

The pity is the Modi government (and the section of the Pak-phobic Indian media) are so blinded by their hate as to miss seeing the larger Sino-US strategic scheme in play to keep India down.