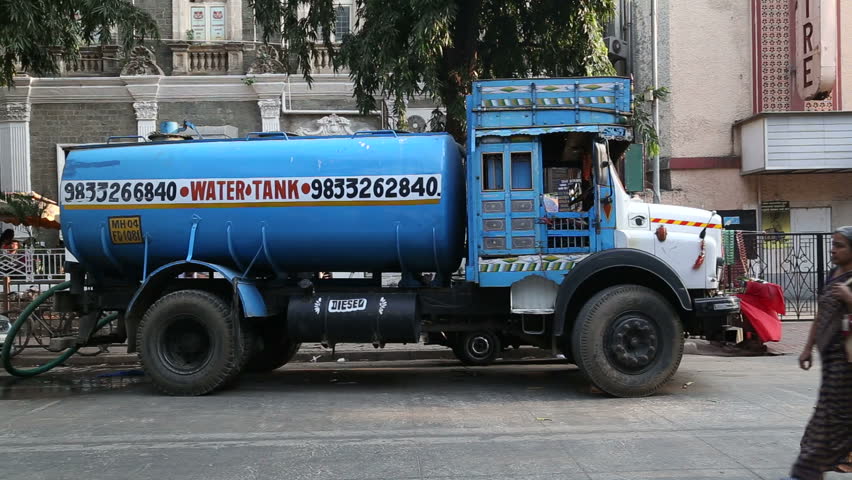 By Doug French on Mises.org

Nepal doesn’t qualify as anyone’s Galt’s Gulch, but, with government failing to deliver something as vital to life as water, entrepreneurs have stepped in.

The government’s proposed solution to these grave water shortages, the Melamchi project, has turned into a four-decade-long fiasco of almost unrivaled incompetence. First proposed in the 1970s and begun in 2000, this scheme to divert a mountain river from the Himalayas has been so delayed that the water it will bring—170 million liters a day in its first phase—is already insufficient to cover half of Kathmandu’s needs. It’s not a good plan, anyway, experts say. The pipeline network is so riddled with holes that “you could have Lake Baikal on the other end and it still wouldn’t be enough,” Mr. Gyawali said.

The result is four hundred competing water delivery trucks, in some cases running nineteen hours continuously in order to satisfy demand. Meanwhile the government has thrown up its hands:

The pressure is so weak that many households capture no more than 250 liters on each occasion. For these people and the roughly 30 percent of residents who receive nothing at all, tankers tide them over until the next pipeline flow. Officials recognize it’s a crisis, but say the solution is out of their hands.

Of course there is plenty of complaining. When demand is high and supply is low, high prices and profits attract providers. “Let’s face it: the private sector came in because the public sector failed,” Dipak Gyawali, a political economist and former water minister told the NYT. “And until you clean up government’s act, nothing will change. The tankers are just a symptom.”

Krishna Hari Thapa has been delivering water for a decade and says that “the number of tankers at his spring has increased from around 30 to over 80 a day.” Although the spring water has been reduced to a trickle, he won’t stop. “The money is too good,” writes the NYT’s Peter Schwartzstein. Besides, as Mr. Thapa says, “Where else would people get water?”

Mr. Schwartzstein tries his best to make the tanker men the enemy, from the article’s title, “Merchants of Thirst,” to quoting landlady Dharaman Lama, who claims,

They’re all thieves, rotten thieves, who should be hanged. It’s disgusting what they do to us.

What the truck men do is invest capital, work hard, and supply something vital. “The city depends on us,” said Maheswar Dahal, a businessman who owns six trucks in Kathmandu’s Jorpati district.

There would be disaster if we didn’t do our work.

So where the state has failed, private enterprise has stepped into the breach. Profits will make that happen. High cost makes customers more careful with how much they use. Nobody is wasting water in Kathmandu. “Before, I didn’t think about how often I could shower or when I can clean the house,” said Laxmi Magar, a housewife and mother of six. “But now that water is so expensive I watch every drop.”

Tanker water costs ten times more than government-supplied pipeline water, according to a World Resources Institute study. In Mumbai, the cost is fifty-two times more, according to Schwartzstein. Water seems like something you would always buy in bulk; however, for some that’s not possible. During the dry season, as you would expect, “The tankers raise their rates accordingly,” writes Schwartzstein. “And because many of these areas have narrow, tuk-tuk-wide streets sprawled across steep hills that often turn to mush in the monsoon, the bigger trucks can’t get through, meaning residents have to buy in smaller sums from middlemen at grossly inflated prices.”

Does the tanker business have a future? Likely, it will boom in Southeast Asia and beyond. Schwartzstein explains,

The urban population of South Asia alone is projected to almost triple to 1.2 billion by 2050, and as infrastructure decays and cities continue to sprawl into areas that aren’t served at all, tankers are well-placed to absorb some of the shortfall. Up to 1.9 billion city dwellers might experience seasonal water shortages by midcentury, according to the World Bank.

A water delivery boom seems unlikely as you pour a glass of aqua from your first-world tap. But, water shortages are not new, and tanker men (and presumably women) have come to the rescue before:

When severe drought emptied Cape Town’s reservoirs in 2017 and 2018, wealthy residents sidestepped restrictions by buying extra water from informal operators. When Chennai, one of India’s largest cities, almost ran dry amid weak rains this summer, over 5000 private tankers ferried in water from outside. As these shocks intensify and affect more cities, the tanker men look set for boom times.

Sunita Suwal told the Times, “The state fails us. The tanker men rob us. They all just want to make money from us. Really, what’s the difference?”

The difference? Tanker men are delivering, the state is not.