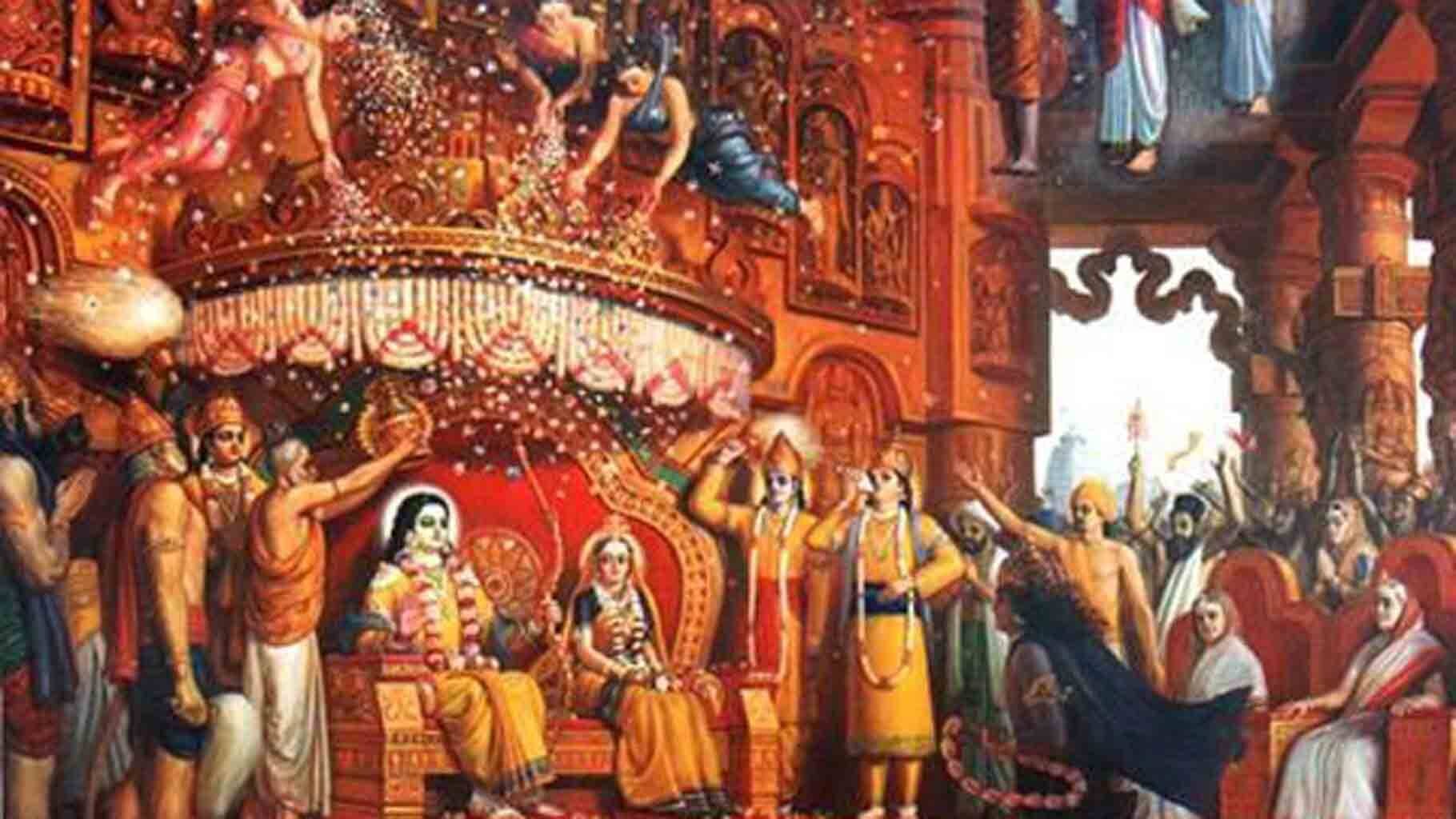 By Sanjeev Sabhlok in Hindu Capitalism

A few weeks ago I was stranded in traffic in Delhi in an Uber vehicle. I had time for a long chat with the driver and so we discussed India’s situation.

He started by supporting both Modi and Kejriwal but minutes into our conversation, he couldn’t identify a single improvement on the ground. I then started exploring with him why things are so bad in India.

For nearly twenty years, I’ve been talking to villagers and people in cities across India on the reasons why governments continue to fail to perform their basic functions of security, justice and infrastructure, even as they insist on undertaking unnecessary roles, such as running buses, hotels and banks.

In these conversations, I’ve long been using Indian idioms and proverbs like “Jahaan ka raja vyapari, vahan ki praja bhikari” (i.e. where the king undertakes trade and commerce, the people are made into beggars) and traditional symbols like “shubh labh” (i.e. profit is good).

Stuck in the din of the Delhi traffic, I had time to come up with more evocative ways to communicate my message. Maybe I could tie all this up with Ram rajya?

After all, the kings in the Ramayana were never producers or businessmen. Neither king Dashrath nor Ram ran hotels, buses, airlines, factories or banks. Even coinage was independent of kings, with guilds minting the coins and certifying their quality. Only later did kings get involved in certification and finally, in minting. India’s money supply and banking systems were a form of free banking.

Moreover, the theory of the state in Valmiki’s Ramayana is very similar to the Hobbesean or Lockean thesis of a social contract, which is the foundation of modern liberalism. “In a rulerless land, there is no peace, thieves and brigands exercise their power”. In a land without a king “the wealthy are not protected, nor does the husbandman, the cowherd and the shepherd sleep at ease with open doors; … nor do the merchants travelling the roads in security bring their goods to sell from distant lands”.

The primary function of the king in Ram rajya is security. But justice is crucially important: “A wise and learned king, having obtained and ruled the entire earth, properly by righteousness and by administering justice to the people, indeed ascends to heaven when detached from the mortal body”. Further, “The king will have great renown for he is the ruler of the righteousness of these people, a protector, a respectable and adorable one, and as he wields the sceptre of justice”.

With regards to justice, the liberal principle of separation of state and religion has been a key pillar of the Indian tradition. The kings of India never restricted the speech of atheists or imposed corporal punishment for differences of religious opinion. This is dramatically different to the Western tradition where violent suppression of thought was the norm till relatively recently, and the middle Eastern tradition where differences of religious opinion are met by the state with murder even today.

This Diwali day, therefore, let us pause to explore the meaning and implications of Ram rajya and, closely associated with that, why Laxmi and shub labh are so important.

We will find that Ram rajya is nothing but capitalism. In Ram rajya, the people only succeed by serving other people’s needs in order to obtain shubh labh, so that Lakshmi (wealth) can enter the house.

Note how radically different is “labh” from “lobh” (greed). In a free society, profit never emerges only from greed. It emerges from the necessary transformation, indeed the sublimation, of any egotistical greed into the most humble service of other people’s needs. Effectively, the worship of profit amounts to the worship other people’s comforts and needs. Only when others come first does Laxmi enter the house.

Unfortunately for India, we forgot all this 70 years ago and agreed to adopt the newfangled Western model of socialism which Nehru and many of his colleagues were smitten with.

First, it involves the government going well beyond its core functions. It involves the government becoming a businessman. Till today, public sector businesses continues to dominate India. Public sector banks are the main channel through which the people are being looted. But also education. In the Indian tradition the king never involved himself in education. Gandhi himself chastised the British for getting involved in education. The governments of India have continued to violate this most fundamental principle, with disastrous consequences for hundreds of millions of our youth.

Second, socialism involves a visceral hatred for profit. JRD Tata reported: “Nehru once told me ‘I hate the mention of the very word profit’. I replied: ‘Jawaharlal, I am talking about the need of the public sector making a profit.’ Jawaharlal came back: ‘Never talk to me about the word profit; it is a dirty word’.”

At the same time when Nehru was busy attacking profit and nationalising industries in order to achieve his “commanding heights of the economy”, Lee Kuan Yew was vigorously fighting the socialists of Singapore. He bluntly told them: “You make profit into a dirty word and Singapore dies!”

No Indian scripture or tradition ever calls for the confiscation of private property – but such confiscation has been the central tenet in socialist India, with a vast number of confiscatory Acts of parliament sheltered from judicial review under Schedule 9 of the Constitution. Indeed, property rights are not a fundamental right today, despite private property being the foundation of India’s success for thousands of years.

It is true that Nehru and his Congress are not the only ones responsible for our current misery. All other major parties including BJP and AAP have been actively promoting this ideology. Mr Modi’s actions are directly violative of the principles of governance that form part of the Indian tradition and political thought, including Kautilya’s Arthashastra. The Indian tradition is unambiguously capitalist. Mr Modi is an arch socialist.

My conversation with the Uber driver proved very fruitful for I think I’ve finally discovered the most direct way to show people why socialism is a fatal ideology. At least the driver was persuaded.

Perhaps once you begin to appreciate what Diwali really stands for, you will join me to uproot this offensive ideology from India so we can return to the capitalist model which underpinned our success as sone ki chidiya – the world’s richest country.