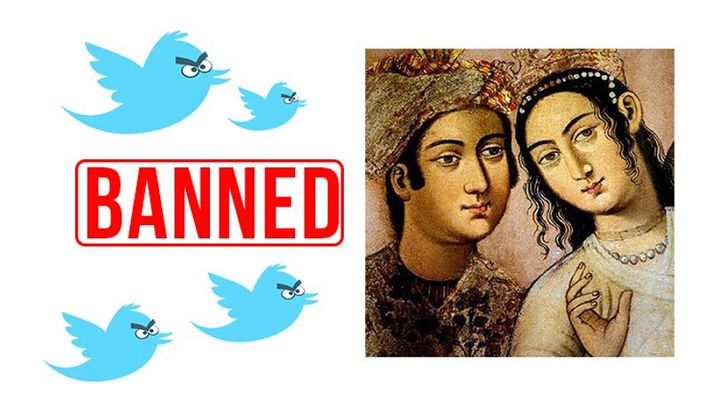 Editor’s note: Twitter seems to be following the policy they have adopted in the USA by proceeding to censor several Indian right wing accounts. What follows is an article originally published by Robert Gore on the Straight Line Logic Blog in October 2018.

We recommend developing communities on alternative platforms such as Gab, Minds and Bitchute. Stay tuned from more content from us on these platforms.

Social media companies, search engines, and payments platforms are excising conservative, libertarian, and assorted anti-government voices. SLL argued in “The Friendly Faces of Fascism” that the largest and best known of these companies were essentially arms of the government. They are mechanisms for conveying information, opinions, and commerce between billions of people. Given their reach, importance, and ties to the government, should these ostensibly private companies be subject to the First Amendment’s prohibition of government restriction of free speech and the free press?

The First Amendment states that: Congress shall make no law respecting an establishment of religion, or prohibiting the free exercise thereof; or abridging the freedom of speech, or of the press; or the right of the people peaceably to assemble, and to petition the Government for a redress of grievances. By its terms, the amendment applies to one institution, Congress. By necessary implication, freedom of speech and the press must also be the freedom to choose what not to speak or publish.

In Pruneyard Shopping Center v. Robins, 447 U.S. 74 (1980), the Supreme Court held that California’s Constitution permissibly required a private shopping center to allow a group to express its political views on shopping center property regularly held open to the public. California’s Constitution created an affirmative right of free speech that the court reasoned went beyond the First Amendment, which is a set of prohibitions on the government, or negative rights.

Those who argue that the social media companies, search engines, and payments platforms shouldn’t be allowed to suppress viewpoints they don’t like hang their rhetorical hats on the Pruneyard rationale. These companies are virtual public forums or enable such forums, the argument goes. As such, they should be required to accept all viewpoints.

If Pruneyard Shopping Center must hold open its so-called public spaces, the owners’ First Amendment rights are curtailed. At the very least, during the time when they must hold their spaces open they are hindered or prevented from expressing their own views on those parts of their own property. They may instead be hosting views with which they completely disagree.

Any affirmative right, be it to a private property forum, medical care, housing, education or other goodies government provides inevitably restricts the rights of those coerced to provide or fund such rights. Their rights to the products of their labors and use of their property are denied.

A constitution can delineate restrictions on the government to protect individual rights—negative rights—or it can grant citizens affirmative “rights” to this, that, and the other government-provided thing, but it cannot logically do both. A government cannot employ the force necessary to supply the specified benefits without violating the rights of those from whom it takes. If it does so, sooner or later there will be nothing left to take.

If the companies in question are to be considered arms of the government, how would they be subjected to the First Amendment’s prohibitions? Which companies would qualify? Those with the largest market share? Those who are most demonstrably in bed with the government?

Right now, it’s easy to pick the companies that function as virtual public forums and important payment platforms. However, technology and its market leaders change. Implicit in the calls for First Amendment treatment is the necessity for the government itself to specify as a matter of law the criteria for what constitutes a covered public forum or payment platform and how they are supposed to comply with the amendment.

Just as FDA approval conveys the government’s imprimatur of a drug’s supposed safety and effectiveness, ostensibly private companies deemed so vital to free speech and free press as to create an affirmative right will jump through the necessary hoops and receive a government imprimatur: First Amendment Compliant.Those who think this will expand our First Amendment freedoms betray ignorance of the implications of their own argument and the process of regulatory capture.

If the problem they lament stems from the companies’ influence with the government, do they think that influence vanishes when the companies come under a government regulatory umbrella? As soon as the law is passed, most of the laws’ proponents, their quest fulfilled, will shift their attention to other issues. The companies, meanwhile, will go to work shaping the law to their own advantage in the regulatory and legislative depths of the swamp, where the light seldom shines.

This is regulatory capture, and anyone who thinks it won’t happen should check the history of the ICC, Federal Reserve, SEC, USDA, FCC, FDA, EPA and all the other agencies in Washington’s regulatory menagerie. First Amendment regulation will further restrict First Amendment rights.

Anyone who thinks that Google, Facebook and Twitter and the rest won’t bribe—through the revolving door or actual bribes—the regulators to bless what they’re currently doing is insufficiently cynical about the workings of regulatory agencies. They may develop secret technologies that will allow them to continue their censorship and exclusion as the complaisant regulators turn a blind eye. Keep in mind, most of the prospective regulators would share these companies’ liberal political philosophy. They also cannot match the companies’ technical expertise.

What happens when someone develops a better search engine, social media site, or payments platform? The incumbent companies will use the First Amendment regulatory mechanism to stifle potential competition. Again, check the history of regulatory agencies. Entrenched interests will be government-certified First Amendment compliant and the upstarts won’t be, giving the former a powerful competitive advantage.

Some people believe that anything the FDA approves is safe and effective and anything not approved is risky and dangerous. There will be those who will believe that certified companies are First Amendment exemplars and companies not so certified are not. Ironically, companies will be judged by a standard—First Amendment compliance—that by the amendment’s own terms should not apply to them.

The present situation is unsatisfactory and will grow more so. However, the correct response is the non-coercive one. Don’t patronize those search engines, social media sites, and payments platforms whose political philosophies don’t align with yours, and either patronize the existing alternatives or develop new ones.

If search engines and social media platforms are going to pick and choose which views they support, they are publishers, and should no longer be exempt from the laws governing traditional publishers (see “The Hi-Tech Threat,” Justin Raimondo), particularly defamation and criminal laws. They have argued that they cannot police the billions of entries on their sites and perhaps they are right. They are, however, policing those entries enough to exclude a certain class they don’t like.

Logically they can’t have it both it ways. Their current exemption was a product of legislation. They should be forced to make a choice: they are either open platforms and retain their legislative exemption for publisher’s content responsibility, or they choose what they publish but bear the civil and criminal consequences of defamatory or criminal content.

Censorship is everywhere and always a sign of the censors’ weakness. The globalists, the corrupt goons running China, Russia, Europe, and the US, and their corporate cronies are fighting centrifugal forces of decentralization they fear and cannot contain. Those forces are winning and rigged search engines, antisocial media, and nonpayment platforms aren’t going to stop them.

There are too many sources of information and too many ways to stifle, stymie, and stop those who would rule. “Everything government touches turns to crap.” Curtailing the First Amendment by having an untrustworthy government (a redundancy) “protect” it will hinder, not help, the cause of freedom. It further slides down the slippery slope to complete censorship. Believing otherwise is allowing misbegotten hope to triumph over bitter experience.