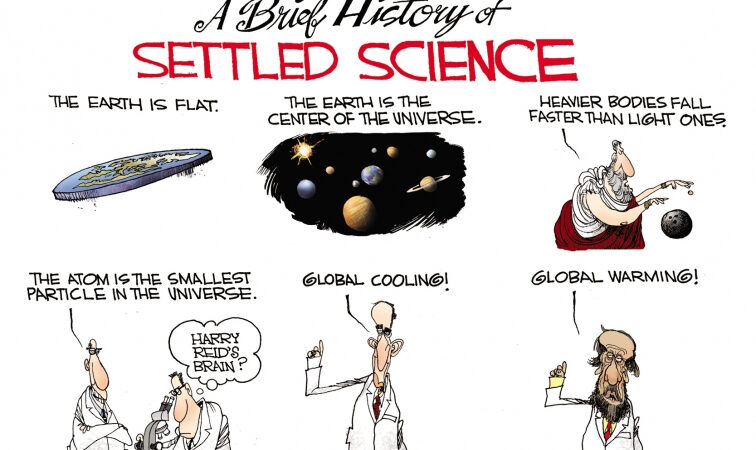 Authored by Jeff Harris via The Ron Paul Institute for Peace & Prosperity,

Newsflash; real science is based on facts not “consensus”.

I’m sick and tired of idiots beating me over the head with pseudoscience instead of sticking to the cold, hard facts.

Show me the hard data that standing six feet from someone is necessary.

Show me the hard data that wearing any old rag on my face is going to materially stop the spread of a virus.

Show me the hard data that enjoying fresh air and sunshine outdoors could be an invitation to an early death.

Please, stick to the facts and don’t dare lecture me about the “consensus” and here’s why.

Maybe you’ve heard of Ignaz Semmelweis, an Austrian-Hungarian obstetrician with a prickly personality. If not, you will quickly recognize his contribution to the medical profession with the three words he made famous:

Dr. Semmelweis provided hard data clearly demonstrating that once he and his staff began washing their hands and disinfecting equipment between patients the number of infections and deaths dropped dramatically.

Unfortunately, the scientific “consensus” at the time held that there was no benefit to these measures and his advice was almost completely ignored by the learned medical community. In fact, many of his medical peers were incensed with his suggestion that they could be responsible for transmitting illness and disease!

At the time doctors took pride in their soiled gowns as a mark of their industrious work! It was commonplace for doctors who had just completed an autopsy to go to the maternity ward and deliver babies without ever washing up! After all it was the “consensus” and with so many doctors in agreement how could they be wrong?

Dr. Semmelweis died in an insane asylum in 1865 knowing that untold numbers of patients had needlessly suffered and died because the medical community refused to accept his findings and instead chose to follow the “consensus”. Ironically, the same year Dr. Semmelweis died Dr. Joseph Lister, a British surgeon, began building on the work of French microbiologist Louis Pasteur regarding germ theory.

Dr. Lister began experimenting with various means of disinfecting wounds. He instructed surgeons under his responsibility to not only wash their hands with a 5 percent solution of carbolic acid but also wear clean gloves. His work validated Dr. Semmelweis discoveries regarding the value of hygiene and cleanliness in medicine.

Today we all benefit from Dr. Semmelweis groundbreaking work even though he was never recognized for his contribution during his lifetime. The moral to this story is that scientific “consensus” is often wrong. In no way can it justify the hysteria, lockdowns and wealth destruction that is being manufactured by the elites.

The COVID hysteria is emotion based, not fact based. Instead of cold, hard facts backing up the “science” we’re told to shut up and accept the “consensus”. As Dr. Semmelweis discovered the consensus is often wrong.