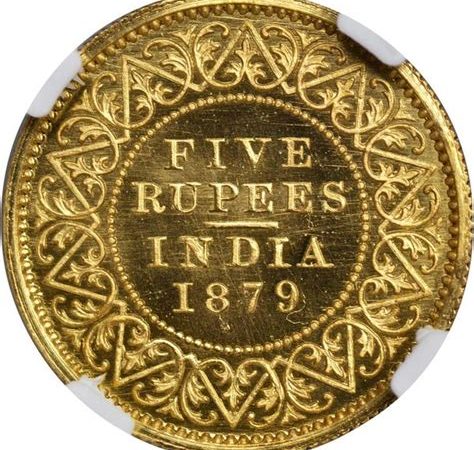 By Patrick Barron on Mises.org

One of the arrogances of “Western” nations is that our way of life and our liberties are protected by periodic elections as required by constitutions, written (America) or not (Great Britain), containing bills of rights, etc. The people rule, it is claimed, and we get exactly what we want, even if those in the minority are unhappy with the result. Minorities can always become tomorrow’s majority and institute alternative policies. Therefore, Western nations really cannot get into too much trouble, since everyone wants peace, freedom, and prosperity, even if we disagree on the proper route to take to get there.

But what if I told you that there was a fatal flaw embedded in the very structure of Western nations that undermined this view? What if we common citizens can vote, change leaders, change parties, and it’s all meaningless? A good argument can be made that Ludwig von Mises believed exactly that and warned nations repeatedly in book after book to eliminate this fatal flaw or suffer complete societal collapse. Mises knew this could happen, because he had seen it happen firsthand. He pleaded with the elected leaders of Austria, his beloved homeland, to take action in order to prevent what had happened in Weimar Germany.

The Cause of Societal Collapse in Weimar Republic Germany

What happened in Weimar Germany—a real republic with democratic elections, by the way—was a test case that should not be ignored. The collapse of the German Weimar Republic led directly to the rise of National Socialism. The cause was unsound money; i.e., money printed (literally at the time) in such quantities that the papiermark became worthless. Society was thrown into chaos. Germany had lost two million men in World War I out of a total population of sixty-eight million. The nation was one of widows, orphans, and the aged almost entirely dependent upon what savings they had accumulated. These savings became worthless. Widows became prostitutes, children became thieves, and aged parents committed suicide. One of the best descriptions of this disaster is Adam Fergusson’s When Money Dies: The Nightmare of Deficit Spending, Devaluation, and Hyperinflation in Weimar Germany. The book is not for the squeamish.

Mises wrote repeatedly that unsound money was just as important, perhaps more important, that the trappings of popular government. Perhaps his best-known quote is found on page 455 in The Theory of Money and Credit:

It is impossible to grasp the meaning of the idea of sound money if one does not realize that it was devised as an instrument for the protection of civil liberties against despotic inroads on the part of governments. Ideologically it belongs in the same class with political constitutions and bill of rights.

Notice that Mises does not qualify the kind of governments that may succumb to the despotism of money printing. This is very important. All governments, whether democratic republics or totalitarian states, are susceptible to the despotism of money printing. Mises returns to this subject time and time again. Here is just one quote from Economic Policy, page 65.

The gold standard has one tremendous virtue: the quantity of the money supply, under the gold standard, is independent of the policies of governments and political parties. This is its main advantage. It is a form of protection against spendthrift governments.

A Budding Alternative to the Fiat Dollar

Iran, of all nations, recently accepted as a member of the Shanghai Cooperation Organization, has proposed that the organization establish a new currency in order to bypass the dollar for settling trade among its members. Alasdair Macleod has studied this process and written two learned articles, here and here, which refer to their progress. The key points:

The Eurasian Economic Union (EAEU), consisting mainly of a central Asian subset of the Shanghai Cooperation Organisation (SCO) has announced plans for a trade settlement currency backed by a mixture of commodities and the currencies of member states.

… a successful EAEU trade settlement currency can be extended from EAEU nations to both those in the wider SCO and the BRICS members not in the SCO. It could also be an acceptable replacement of the petrodollar for oil export payments to the Middle East.

The SCO members are negotiating over the new currency’s structure, but the important point is that it will have a very large commodity-based component, including gold. The SCO’s understanding of money is more in line with that of Ludwig von Mises, who defined money as the following on page 425 of his magnum opus Human Action: “Under the gold standard gold is money and money is gold.”

Top among the most important reasons for sound money is that it militates against unnecessary wars. Wars are tremendously expensive, of course, and usually are undertaken only as a last resort or as a purely defensive action. But unsound money makes it appear, for a while anyway, as if war is cost free.

The USA is the poster child for entering wars not as a last resort but for other reasons. When Eisenhower left office in early 1961, the US dollar was, well, as sound as a dollar. Eight years later, after Lyndon Johnson’s “Guns and Butter” policy, the dollar’s value was under threat, as the US’s dwindling gold reserve amply illustrated. Two and a half years later, rather than end the Vietnam War and other Johnson-era welfare programs, Richard Nixon ended gold redemption by our trading partners. The war continued to its ignominious end. Had he done his duty the US would have remained on the gold standard and avoided other failed military adventures, a list so long that it is embarrassing to list them all.

Which Works Better—Gold or Representative Democracy?

In other words, gold would have done its primary duty—i.e., make the real cost of government spending perfectly clear so that people, through their elected representatives, can decide the extent of government spending. Instead, the complete absence of any kind of objective barometer of the real cost of government merely encouraged US neoconservatives to search the world for dragons to slay and, if dragons were hard to find, to convince the people that the dragons existed in places very far away—Libya, Iraq, Syria, Somalia, Afghanistan, Ukraine … have I missed any?—and were a threat to our way of life. Few, if any, of these failed adventures would have been undertaken had the US been on an enforceable gold standard.

Representative democracy is important, yes, but it does not prevent societal collapse from fiscal and monetary irresponsibility. Whereas a gold standard dollar quickly shows the true cost of government and can prevent most follies. To put it bluntly, there are thousands of mothers who today would have their sons by their sides rather than a gold star in their windows.

But wait! There’s more! as the late-night TV salesmen of tchotchkes for the gullible used to say. Printing money out of thin air causes multiple adverse effects, but most are delayed somewhat. Higher prices. The boom/bust credit cycle. Resource misallocation. Plus, many more, and all leading to a lower standard of living. But a sound money standard reveals the sacrifices that the public must make to fund more government spending.

Taxes must be raised, borrowing increased, or other programs defunded. These adverse consequences happen almost immediately and are visible to all. If the public thinks that the war or other spending program is necessary, then the government will get its approval. But, really! how many ordinary people can even find the location on a map of our many wars of the last sixty years or understand and support boondoggle spending programs that never die and, most often, get increased funding?

The worst spending programs in the past few years were the so-called stimulus checks. Even dyed-in-the-wool big spenders would question the rationale of taxing the public to send them checks, minus the government’s bureaucratic handling fee, of course. Ladies and gentlemen, this makes no sense and under a sound money environment would never happen. Yet our federal government sent out three of them! And now our rulers are trying to convince us that increasing the money supply to fund all these fiascos had nothing to do with higher prices and shortages. Sure. But then again, those late-night TV salesmen like Ron Popeil sold lots of Vegematics!