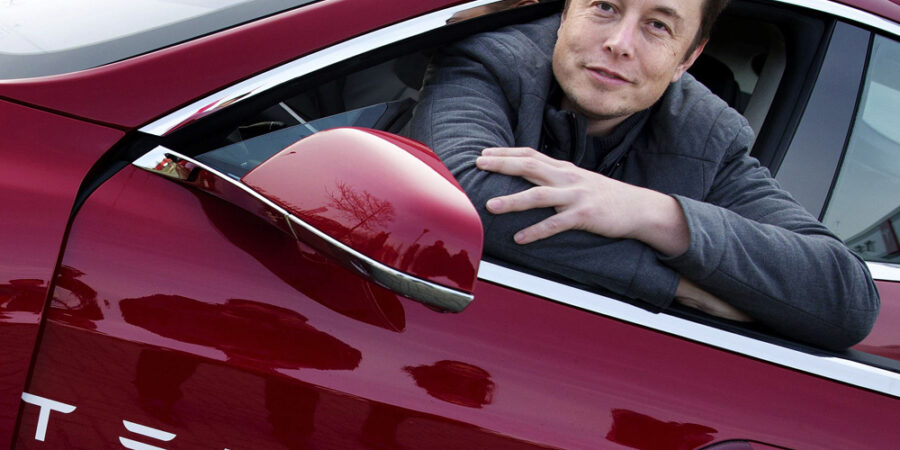 Technocrats promote a highly centralized, data-driven economic system, arguing for jet­tisoning market “messiness” and “old-fashioned politics” in favor of an elite ruling class of sci­entists and engineers.54 The technocratic move­ment arose publicly in North America in the 1930s, morphing decades later into initiatives like the 2030 Agenda for Sustainable Develop­ment.55 Relevant to the sorts of biologically and socially invasive measures that Gates, Fauci, Tedros and Musk are espousing, modern-day technocrats are particularly enamored of the “converging disciplines” of nanotechnology, biotechnology, information technology and cognitive science.53

Musk’s technocratic leanings can be traced back to his Canadian grandfather, Joshua Halde­man, who “earned a place in the political history of Canada” by serving as leader and research director of the Canada branch of Technocracy, Inc. for about six years beginning in the mid- 1930s, until Canada banned the technocracy movement.56 Haldeman then served as national chairman of Canada’s “Social Credit Party” before moving to South Africa,54 where Musk was born and raised. Musk’s current girlfriend, a singer who has adopted the sobriquet of “Grimes,” has apparently become a technocracy convert, describing (in March 2020) her belief that her boyfriend is better suited than any government to solving the world’s problems.57

Interestingly, two months in advance of Tedros’ election as head of WHO, Tedros and Gates met up at an event in Beijing, where Gates made a speech about “innovation, philanthrophy and global leadership.” In his talk, Gates dis­cussed a partnership with Beijing’s municipal government and Tsinghua University to establish a Global Health Drug Discovery Institute.40 An intrepid journalist later pointed out that the board membership of Tsinghua University43 reads like a “who’s who” of U.S. bankers and Silicon Valley leaders. . . including Elon Musk.40

This little tidbit about a Chinese university’s foreign advisors raises interesting questions about Musk and his orientation toward the current Covid-19 social engineering experiment. On the one hand, the former PayPal executive (founder or co-founder of companies such as SpaceX, Neuralink, OpenAI, The Boring Company, Tesla and SolarCity) seems to be enjoying positioning himself as a critic of Covid-19 restrictions, provocatively informing his thirty-one million Twitter followers in early March that “The coronavirus panic is dumb.”44 Following up with a “Free America now” tweet on April 29,45 Musk also earned plaudits in early May for criticizing “fascist” stay-at-home orders that are “forcibly im­prisoning people in their homes against all their constitutional rights.”46 (Despite the complaints about his California Tesla factory’s forced closure, however, the lockdowns do not appear to have had any major impact on Tesla’s or Musk’s bottom line—the company “beat expectations” for the first quarter of 2020, remaining profitable “for the longest stretch in company history.”47)

On the other hand, Musk’s May comments also included stern, predic­tive-programming-style warnings about future pandemics. Specifically, Musk suggested that Covid-19 could be a “practice run for something that. . . in the future might have a really high mortality rate,” including “killing a lot of twenty-year-olds.”46 He also praised hand washing and mask usage as “silver linings” of Covid-19—around the same time that SpaceX started making (and, for the time being, donating) hand sanitizer and face shields.46,48 Although not perseverating about Covid-19 vaccines in the same way as Gates, Fauci or Tedros, Musk has given an approving nod to the potential for vaccines to be generated “as the understanding of these viruses improves.”46 (The plug for vaccines is interesting given that Musk’s first son, born in the early 2000s, died at ten weeks of age of sudden infant death syndrome [SIDS]—a diagnosis that many parents consider an adverse reaction to vaccination.)

Whether or not Musk’s asides about constitutional rights are heartfelt scarcely matters in light of the profoundly negative impact that his many business ventures are likely to have on ordinary citizens around the world. In March, for example, the Federal Communications Commission (FCC) granted Musk permission to install one million on-the-ground antennas that will use “advanced beamforming and steerable antenna technology” to connect SpaceX’s 5G satellites with ground users.49 The FCC had already given SpaceX the green light to launch twelve thousand low-orbit satellites (about four hundred have gone up thus far), and Musk has applied for another thirty thousand—or a total of forty-two thousand.50 Disturbingly, these 5G satellites will “irradiate all areas of Earth, including areas not reached by other transmit­ters, leaving no place untouched by harmful manmade radiation.”50 In addition, “the on-the-ground transmitters that 5G satellites require to connect satellites with end-users. . . will result in massively increased intensities of RF/micro­wave radiation.”50

Musk has said little about his Neuralink brain-machine implants since the Covid-19 outbreak began, but in July 2019, he vowed with great fanfare that human trials of the iPhone app-enabled devices—“a tiny chip connected to 1,000 wires measuring one-tenth the width of a human hair”—would begin by the end of 2020.51 Will people line up to get one of the devices—to be installed by a doctor-supervised robot that will drill two-millimeter holes in the recipient’s skull—at the same time as their Covid-19 vac­cine, which Gates, Fauci and President Trump are also promising for the end of the year?