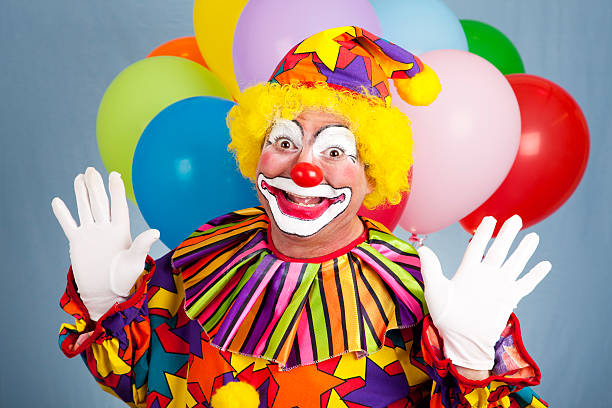 By Kristoffer Mousten Hansen on Mises.org

The recent blowup of GameStop shares has revealed, if anyone was still doubting, that the center of clown world is not Washington, DC, nor Silicon Valley—but Wall Street. To be clear, this is not meant to refer to the gallant band of redditors from r/wallstreetbets—those few, those happy few, that band of brothers who, as of this writing, may very well be poised to force several hedge funds into bankruptcy. Rather, the clowns are those hedge funds and all those other institutional investors who have been propped up by central bank intervention for decades while congratulating themselves that their seven-figure earnings were all due to their own financial brilliance.

The story of what happened (so far) is briefly told. It was revealed that GameStop was one of the most shorted shares in Wall Street, with the fund Melvin Capital taking the lead in shorting it. While this may or may not be a sound position based on market fundamentals—I have not investigated and think it’s a mug’s game to waste time on fundamentals these days—people did not take kindly to the revelation. Specifically, redditors at the subreddit Wallstreetbets saw that the short sellers were vulnerable, and they organized a campaign to drive them into the ground. Suddenly, retail investors flooded the market, bought up shares and drove GameStop shares, which had been trading below $20, into the stratosphere, topping $365 Wednesday morning (January 27). Melvin Capital suffered huge losses, up to 30 percent, and had to be saved by an infusion of $2.75 billion Tuesday afternoon.

That’s Not the Whole Story, Though…

In a sane market, where market fundamentals actually determine prices, this would not have happened. Short selling would simply be a way of quickly and efficiently determining the market price of stocks, and there would be no special profit to be had from this practice, beyond the arbitrage gain (in the case that the short sellers were correct). Similarly, investors angry at the short sellers could not have driven stock prices sky-high in defiance of reality. Both practices are only possible in a market flooded with ever-increasing amounts of new money freshly printed by the Federal Reserve.

For decades the central banks of the world—chief among them the US Federal Reserve—have had really only one mission: interest rates cannot ever be allowed to rise and everything must be done to prevent even the mildest of corrections in financial markets. They were able to get away with it clandestinely, so to speak—who now remembers the good ol’ days of the Greenspan put?—but after the financial crisis of ‘08 they had to come out into the open. Interest rates were forced lower and lower and markets were flooded with a tsunami of credit. Stocks and bonds responded, as could be expected, by reaching new all-time highs year after year. Of course, there were always economists ready with ever more whacky theories as to why this bare-faced inflationism was really sound policy dictated by the science of modern economics, but the result for anyone to see is financial markets that are completely divorced from reality and whose only purpose seems to be securing cheap funding for the US government and enormous earnings for the financial elites.

Then, of course, came corona, and the government, in its wisdom, chose to destroy the economy. To placate the plebs they offered them a few handouts—first $1,200, then $600—all financed by that incredible machine, the central bank printing press. According to Keynesian orthodoxy, this should have stimulated the economy to no end, ensuring a rapid recovery. Unfortunately, since most of the world was shut down, there were precious few opportunities for people to actually spend their money, and since the man in the street is wiser than most government-employed economists, he probably understood that an unprecedented shutdown of all society is not the best time to engage in a bonanza of consumer spending. So, he saved and invested his money, which thanks to the advances in modern technology he could now do directly, without going through savings banks or brokers.

Yet inflation is still inflation, even if it does not show up in government statistics, and the infusion of such an ocean of liquidity naturally drove stocks, bonds, bitcoin, and now GameStop sky-high. The beneficiaries this time were not the banks or Wall Street investors, however, but the many retail investors who now ganged up on Melvin Capital and the other “sharks” of Wall Street. It is all animal spirits, or rather, it is driven by the desire of those who feel themselves shortchanged to see the high lords of finance come crashing down. This latest round of inflation gave them the means to bring about just that.

Is This the End?

It’s impossible to tell what will happen next. Maybe the flood of liquidity is spent and Wall Street will weather the storm; maybe the Fed will again step in with new credit lines to save them, which seems most likely—again, the prime directive of the Fed has always been to save the big shots in finance. It is possible that financial markets are now so broken, central bank officials so worried about the effects of their money printing, that nothing will be done and we are now seeing the beginning of the end of the Big Bubble of 1980–2020. However, if recent history and mainstream economic orthodoxy are any guide, the Fed will stop at literally nothing to “save” the markets.

As Zero Hedge remarked on Twitter, “What is remarkable is how many people are “surprised” by what is going on in the “market” You throw $20 trillion stimulus at it, you nationalize the bond market, you break all links between price and fundamentals…what do you think happens.” Indeed. It would be wholly fitting in clown world, however, if the Great Stock Market Crash of 2021 were begun by day-trading teenagers, flush with helicopter money (thanks, Uncle Milty!) and with nothing else to do, forming a mob on reddit in order to break a hedge fund.