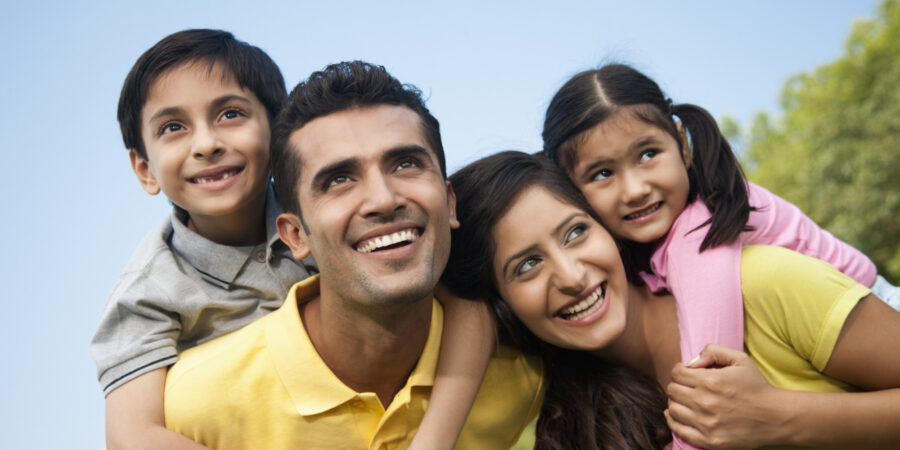 By Gor Mkrtchian on Mises.org

The family provides enormous economic advantages to daily life and civilization as a whole. But the extended and even nuclear family have been eroding thanks to changes in government policy, economic trends, and culture. In this article, I highlight how the nuclear and especially extended family supercharge human productivity thanks to the specialization and division of labor found within them.

Every household, whether it consists of one adult or many, has a long list of challenges it needs to constantly meet: earning income, taking care of children, house repairs, cooking, cleaning, doing laundry, etc.

People can achieve a level of productivity beyond the sum of their individual productivities by coming together to form families. One reason is because specialization and division of labor increase efficiency through a variety of mechanisms. Robert Murphy’s excellent textbook Lessons for the Young Economist details these mechanisms.

One mechanism is called “natural aptitude.” Some people are just born better at performing some tasks than other people. We have different talents. When people live separately, while they only have to cook for one person, earn income for one person, do the laundry for one person, etc., they must learn to do a little bit of everything.

Contrariwise, in a family where one spouse is better than the other at earning money, making repairs, or teaching the children algebra, etc., total productivity is maximized by having that spouse exploit their natural aptitude to the fullest by focusing on the tasks they’re better at, as opposed to everyone performing a bit of every task irrespective of talent.

Similarly, specialization also increases productivity because of “acquired aptitude.” The more you work at something, the better you get at it. It’s difficult for a person living alone to achieve as much skilled specialization because they have to divide their efforts over a larger number of responsibilities. However, a family can exploit acquired aptitude by dividing the responsibilities among themselves and diving deep into their respective portion of the duties.

Time between Tasks and Economies of Scale

The next advantage of specialization and division of labor is that, because each individual sticks to a smaller quantity of tasks, they spend less time transitioning between various tasks. Murphy explains:

Picture something as simple as three children cleaning up the table after dinner. Most likely, the kids can get the job done more quickly if they divide up the tasks and specialize, for the simple reason of cutting down on unnecessary walking. For example, one child can scrape the plates off into the garbage and carry the dishes to the sink. The second child can wash, and the third can dry. This system is much more efficient—they will all be done much sooner—than if each child grabbed a dish, scraped it into the garbage, then carried it over to the sink and washed it, then stepped to the right to dry the same dish and finally put it away. The same principle applies to other productive operations.

Beyond washing the dishes more quickly, another way that many families reap this benefit is by saving on commutes, which in the dishwashing example above is the unnecessary walking.

Two individuals living apart both have to both perform household tasks and commute to work. However, when two people form a family, having one devote themselves to housework and the other to earning an income outside of the home can reduce the total time spent commuting, the number of cars needed, and the amount spent on fuel.

Yet another benefit of the division of labor available to families but out of reach of people living on their own is economies of scale, which means that “a doubling of inputs more than doubles the output.” Cooking spaghetti for a clan of thirty takes longer than cooking for a lone man in his apartment, but it doesn’t take thirty times longer, and in this way is more efficient.

Murphy provides an additional example of this principle, “Whether you want to make one cup or four, the prep work is largely the same, which is why people often ask, ‘I’m making coffee, anyone else want some?’”

We’ve outlined a number of ways families increase economic productivity: natural aptitude, acquired aptitude, less time lost alternating between activities, and economies of scale. Before moving on, note that in each of these cases, the benefits tend to intensify as the number of people in the family increases, because with more people, each person can specialize more deeply in a smaller quantity of tasks. The real-world takeaway is that extended families tend to benefit from the division of labor even more than nuclear families.

This can affect the perceptions of married persons and can affect how each person sees the potential value of “investing” in specialization within the family. On the other hand, in a setting—either general to society or specific to the marriage—where a spouse anticipates that a marriage is more likely to end (especially during childrearing years) the risk of overspecializing rises. In these cases, it is more likely that a spouse will avoid the same degree of specialization, because in the event of divorce, both spouses will need to be ready for a life of relative autarky. As divorce courts have long acknowledged, a spouse who gives up a wage-earning career to pursue domestic pursuits can end up in a more precarious economic position.

It has long been known there is a correlation between single parenthood and poverty. Moreover, the United States has one of the world’s highest rates of children living with single parents. And this share of single parent families has tripled since 1965. The cultural impacts of these trends are, of course, significant. But we almost must consider the economic effects. A society that places little emphasis on building families is also a society that abandons the many economic benefits of family life derived through the division of labor and economies of scale.