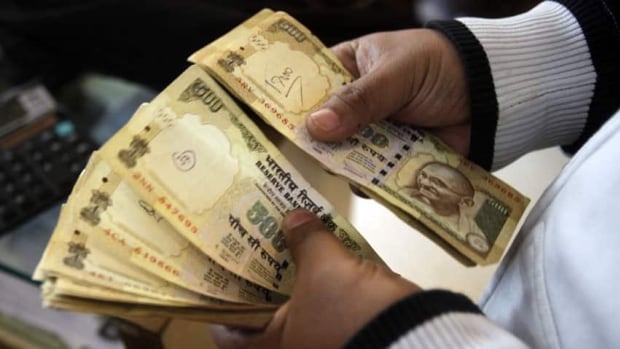 By Robert Murphy on Mises.org

With the possible exception of international trade, no topic in economics contains more myths than monetary theory. In the present article I address four popular opinions concerning money that suffer from either ambiguity or outright falsehood.

One: “Money represents a claim on goods and services.”

Although there is a grain of truth in this view, it is quite simplistic and misconceives what money really is.1 Money is not a claim on goods and services, the way a bond is a legal claim to (future) cash payments or the way a stock share is a claim on the net assets of a company. On the contrary, money is a good unto itself. If you own a $20 bill, no one is under any contractual obligation to give you anything for it.2

Now of course, in all likelihood people will be willing to exchange all sorts of things for your $20 bill; that’s why you yourself performed labor (or sold something else) to obtain it in the first place. Nonetheless, if we wish to truly understand money, we must distinguish between credit liabilities on the one hand, and a universally accepted medium of exchange (i.e., money) on the other.

As with the first view, this one too has a grain of truth. Specifically, if everything else is held equal, then the “price level” (if we ignore the problems with measurement and arbitrariness) will go up if the money supply grows by more than real output, and will go down if real output grows by more than the stock of money.

However, other things need not be equal, in particular the demand to hold money. As with every other good, the “price” of money (i.e., its purchasing power—or how many units of radios, televisions, etc. people offer in order to receive units of money) is determined by the supply of dollars and the community’s demand to hold dollars. A given stock of money can be consistent with any price level you want, so long as you are allowed to change the demand for money.

For example, even if output and the stock of money stayed constant, all prices could double if everyone in the community wanted to cut in half the purchasing power of his or her cash balance. How is this possible? Initially everyone thinks he or she is holding “too much” cash and so tries to spend it. But since the merchants too think they are holding too much, they agree to sell only at higher prices. (If this seems odd to you, consider: Even if you are uncomfortable with $1000 in your wallet—maybe you just won big at the casino—if someone walked up and offers you another $1000 for your shoes, you’d probably accept.)

If we ignore all of the real world complications caused by timing issues, it’s easy to see that in the new equilibrium, where everyone is content with his or her cash holdings, nothing “real” will have changed. Instead, the unit price of everything (in terms of dollars) will have doubled, so that even though the per capita quantity of dollar bills is still the same, now the average person can only buy half as much real stuff with the money in his wallet. Of course this type of example (which I picked up from Milton Friedman) is very unrealistic, but it does serve to illustrate the point that prices are not a mechanical function of physical stocks of goods and dollar bills. On the contrary, people’s subjective valuations are also critical.

Three: “Under a gold standard the money is backed by something real, whereas under our present system dollar bills are backed up by faith in the government.”

Again, I sympathize with this type of view, but when my upper-level students write such things on their exams, I have to take off points for imprecision. Strictly speaking, under a gold standard the money isn’t backed by anything; the money is the gold. Now if we have a government that issues pieces of paper that are 100% redeemable claims on gold, I wouldn’t classify those derivative assets (i.e. the pieces of paper) as money, but perhaps as money certificates. Yet this is a minor quibble.

My real objection to the view quoted above is that it denies that our current fiat currency is really money. Although (as a libertarian, Austrian economist) I fully condemn the monetary history of the United States, and deplore the means by which the public was forcibly weaned from the gold standard, nonetheless it is simply misleading and inaccurate to deny that the green pieces of paper in our wallets and purses are genuine money. They satisfy the textbook definition: They are a medium of exchange accepted almost universally in a given region. No one is forcing you to accept green pieces of paper when you sell things. (If you don’t want anyone foisting pictures of US presidents on you, then just charge a billion US dollars for everything you sell.) The fact that government coercion (past and present) is necessary to maintain this condition is irrelevant; cigarettes really circulated as money in World War II P.O.W. camps, even though this wouldn’t have occurred without the artificial and coercive environment in which those traders found themselves.

Four: “Deflation is undesirable because it cripples investment. If prices in general are falling, no one will invest in real goods because he can earn a higher return holding cash.”

Although this last myth is understandable when espoused by the layperson, it is inexplicable that some trained economists believe it. (For three examples: An NYU professor used it to “shoot down” my Misesian friend in class, Wikipedia’s entry on deflation mentions this argument, and even Gottfried Haberler advances a version of it in this essay.) For one thing, the argument overlooks the fact that there were many years of actual deflation in industrial economies on gold or silver standards; I don’t think investment fell to zero in every single such year. So clearly something must be wrong with the argument.

Specifically the argument fails because it carelessly assumes that the relevant data for an investor are the spot prices of a particular good from one year to the next. But this is wrong. For example, suppose someone is considering investing in bottles of fermenting grapes that will be ready for sale as wine in exactly one year.3 The rate of return on this investment concerns the 2005 price of the grapes and the 2006 price of wine. So let us further refine the example and suppose that all prices fall 50% every year; i.e., there is massive deflation and presumably no one should be willing to invest in wine or anything else.

Yet there is no reason to jump to this conclusion. For example, the 2005 price of the bottle of fermenting grapes might be $100 and the 2005 price of a wine bottle might be $400, while the 2006 price of the bottle of grapes will be $50 and the 2006 price of a wine bottle will be $200. (Notice that, as stipulated, all prices have fallen by 50% per year.) Would our investor prefer to hold his cash, which in a sense appreciates at a real rate of 100% per year? Not at all! With our numbers, the investor would earn a 100% nominal (not just real) return on his money if he invests in the wine industry: He pays $100 for a bottle of fermenting grapes in 2005, then waits one year and sells the resulting bottle of wine for $200.

Had our investor sat on his $100 in cash in 2005, its purchasing power would have risen from 1/4 of a bottle of wine (in 2005) to 1/2 of a bottle of wine (in 2006). But by investing the cash, his purchasing power goes from 1/4 of a bottle in 2005 to 1 bottle in 2006. Once we allow for the prices of capital goods and raw materials to adjust to expectations of deflation, there is no reason for falling prices to hamper investment whatsoever. 4

Most of the myths concerning money are easily exposed when we consider what money is. Some of the more subtle myths, especially those concerning price deflation, are exposed once we consider the intertemporal price structure. On both counts, the Austrian School of economics serves us well.