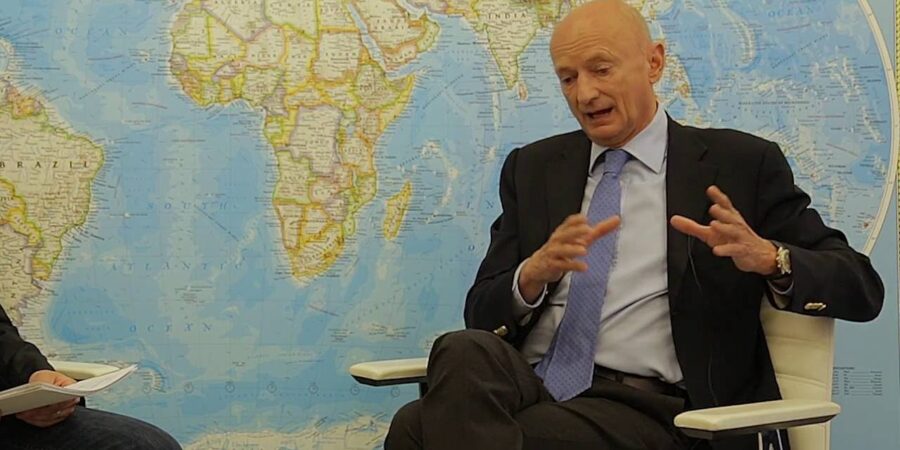 By Prince Michael of Liechtenstein on GISReports

The hysteria over inequality continues to grow, with calls for higher taxes and more regulation. None of that will achieve what should be the real goal, however: reducing poverty. To do that, entrepreneurs and innovators need to be freed from burdensome red tape and interventionist governments reined in.

Just as the World Economic Forum was getting underway, Oxfam published a report on rising inequality. The document implies, again, that inequality is at the root of all the world’s ills and that tax policies should be used to try to balance it out. This conclusion ignores several crucial factors. Using taxes to reduce inequality has been proven not to reduce poverty, but instead only to increase government spending. Greater government intervention in the economy also leads to higher public debt, thus saddling later generations with greater liabilities. For the government to take money from “the rich” and distribute it to “the poor” has never been a sustainable policy.

The report’s assumptions especially ignore what the real goal should be: not achieving equality, but reducing poverty. Growth driven by markets and entrepreneurship has helped reduce poverty drastically over the last 30 years. According to the World Bank, in 1990, 1.9 billion people worldwide lived in extreme poverty. Today, the figure is some 740 million. Redistribution never could have achieved that result.

One big criticism that the supporters of financial equality put forth is the rise in the number of billionaires. However, we should not see this increase negatively, because it was precisely the economic achievements that created wealth which also helped to pull more than a billion people out of extreme property.

We at GIS do not advocate a concentration of wealth, but we do advocate the rise of a prosperous middle class. Succeeding in this goal entails a state of affairs in which there are some who have more than others – but this is in the nature of a free society. Statistics, however, can be misused for selfish, ideological and political reasons. Entire industries and political movements are benefiting from causing a panic about the concentration of wealth. Inequality has thus become a fake problem.

The worries about inequality detract from a danger that threatens long-term efficiency and causes huge costs to the economy. The threat does not make much noise, but is overgrowing the world’s systems like a cancer. A huge industry of advisors, international organizations and bureaucrats make gigantic profits from creating excessive regulations and then monitoring compliance with them. These include the United Nations, agencies created by the G20 and some supranational organizations, but also nongovernmental organizations (NGOs), portions of the legal profession and private institutions in consulting and auditing.

All this creates a vicious circle between regulators creating norms and armies of lawyers, consultants and institutions tracking compliance.

Unfortunately, regulations are frequently issued without considering their costs and consequences. Tax laws have become a jungle. Other regulations are contradictory, such as the rules on automatic exchange of tax information and the European General Data Protection Regulation, just to name one of many examples.

This is a creeping danger that limits creativity, entrepreneurship and innovation. Excessive regulation can provide an illusion of security, but the price to pay is limited freedom. In this context, we see two damaging phenomena: The state becomes disproportionate in size, but so does its spending. This is at the heart of many countries’ staggering public debt.

The wish for security is related to another dangerous new phenomenon in Western culture: the fear that the future will be less prosperous than the present. The paradox is that the limitations on freedom through overregulation might cause future problems. Debts will have to be repaid and innovation is limited.

We must not forget that our well-being today is not due to red tape, but to people who had the freedom to pursue their ideas, incurred risks and lived up to their responsibilities. Since security is relative and its price is a loss of freedom, the price for widespread prosperity, a robust middle class and a strong civil society is inequality.