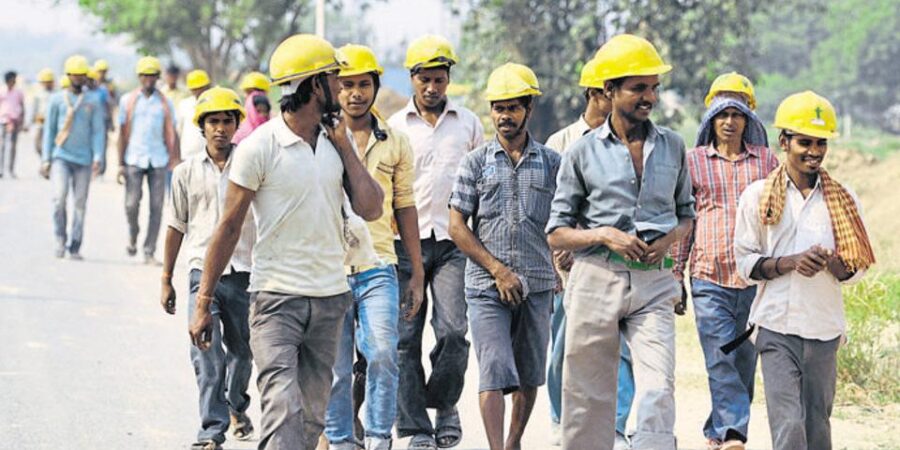 By Lawrence Reed on Fee.org (extracts)

Few publications in FEE’s history more plainly fulfilled that charge than a 1957 essay by F. A. (“Baldy”) Harper titled “Why Wages Rise.” (Harper served on the FEE staff in the 1950s before founding the venerable Institute for Humane Studies.)

While I strongly recommend you read Harper’s classic (you can do so in an evening), I understand that some might prefer a condensed version. Toward that end, I offer the following summary, salted with Harper’s words as well as my own observations:

Wages can only be paid out of production

No production, no sales, no income, no wages. This puts both a ceiling and a floor under wages in a free and competitive labor market. Employers cannot pay workers more than the value of what they produce as evidenced by consumer purchases, and no employer will retain his workers if he pays less than what others find it profitable to offer them. Harper’s essay includes (on p. 18) a famous chart that illustrates how rising wages paralleled rising productivity over a fifty-year period in the last century.

Anything that hinders production will ultimately translate into lower wages

How can it be otherwise? The primary reason wages are low in underdeveloped countries is productivity. The average worker in Bangladesh labors hard and for long hours yet earns much less than his counterpart in Canada or in the United States or in Great Britain. The poorest Bangladeshi digs a foundation for a house with a mere shovel; a Canadian middle-class worker does it with heavy machinery in a fraction of the time.

Think of capital as the backhoe that enables that Canadian worker to dig foundations so quickly and efficiently. The financing of such capital investments is made possible by people who save (and whose savings are then loaned to private enterprises). The richest, best-paying economies of the world are, not surprisingly, the ones where capital—its accumulation and deployment—is safe from confiscation through high taxation, over-regulation or nationalization.

Wages are the price of labor

As such, they are subject to what economists call the Law of Demand: At higher prices, less will be demanded while at lower prices, more will be demanded. If, for example, wages are mandated to rise by political edict, workers at the lower end of wage scales get hurt the most. You cannot make anyone worth a certain amount by making it illegal to pay him any less—a truth that minimum wage advocates choose to ignore.

Unions are not the reason for higher wages

It is true that unions can force wages up for some, but without increases in productivity and production, those higher wages for some produce lower wages (and fewer job opportunities) for others. Harper looked at the American economy in the 19th Century’s second half and concluded, “If unions were presumed to be the cause of rising wages, one would expect wages to have been at their lowest point—and to have remained at about the same low point—from 1855 to about 1900, when union membership was negligible. Fact: Wages rose appreciably over the period. They doubled within a man’s working lifetime.” Wage rates in general “show no clear response whatever” to changes in labor union membership. Indeed, about 94 percent of today’s private sector workers belong to no union at all yet they are among the best-paid workers in the world.

In Why Wages Rise, Harper includes a discussion of inflation. That may sound dated to readers now, but the Federal Reserve’s massive boost in America’s money and credit supply since January 2020 (nearly 30%) may soon make soaring prices a reality again. Harper offers insights about the effects of “the inflation tax” on wages that I hope the reader will want to explore for himself.

There, in a nutshell, are some of the important points of F. A. Harper’s famous essay. You owe it to yourself on May Day, and every day, to know what makes the difference between wealth and poverty for the workers of the world.

Comedy at the Bargaining Table by Sven Rydenfelt

Why Wages Used to be So Low by Thomas E. Woods Jr.

Why Wages Rise by F. A. Harper