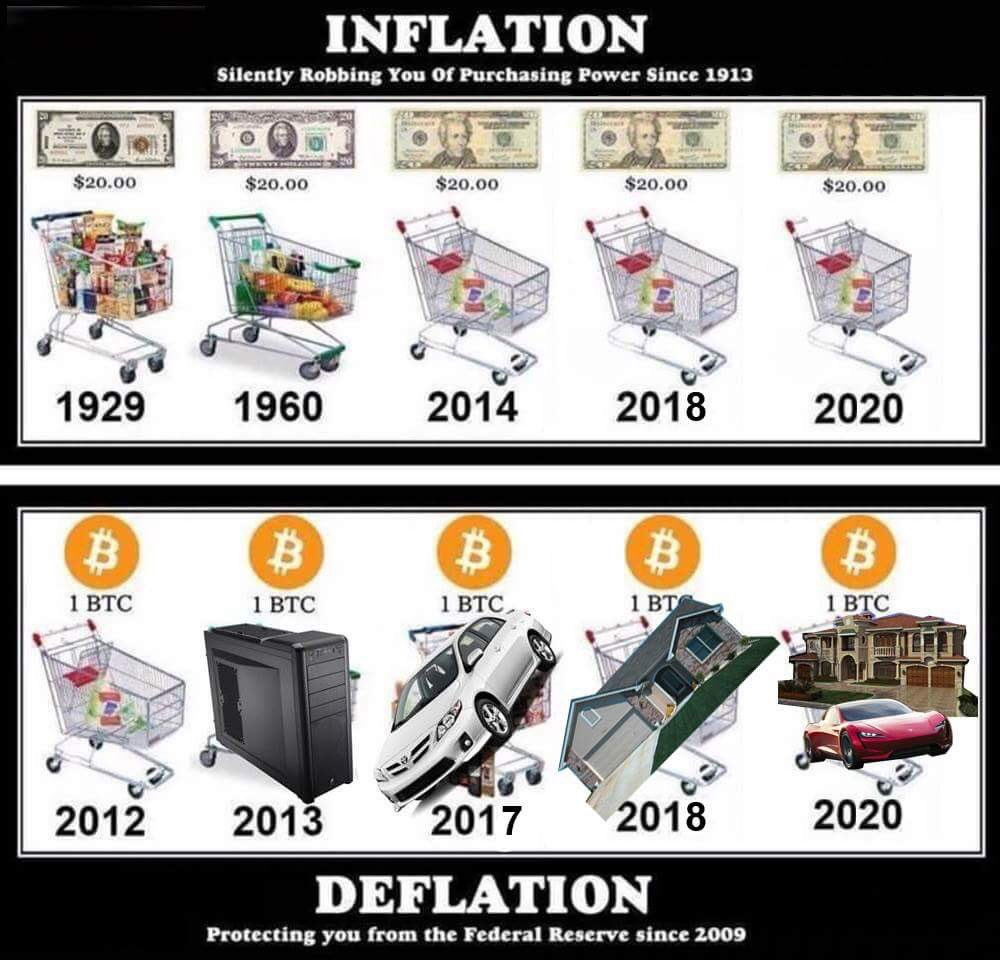 We have been consistently bullish on Bitcoin, here’s another reason why.

By Zachary Mashiach on CryptoIQ

The stock market rapidly crashed amid the Coronavirus pandemic, causing the United States to print trillions of dollars in order to stop the freefall. In fact, so much money was printed by so many different Federal Reserve and government programs that it would be a serious task to add up just how big the bailout is so far. This strategy worked in the sense that stocks have now rallied 20-30%. However, the remarkable thing is that Bitcoin (BTC) got $0 of bailouts and is now up over 90% in less than a month.

The stock and crypto crash started simultaneously right around February 12 due to increasing Coronavirus fears, when the price of Bitcoin (BTC) was over $10,000 and the Dow Jones Industrial Average (DJIA) hit a record high of 29,551 points. Bitcoin (BTC) plummeted to $3,850 by March 12, and the DJIA dropped to 18,591 points by March 23, putting both the crypto and stock markets into a bear market.

There is some logic behind that too. Essentially, whereas with stocks the government was performing all sorts of measures to slow the stock crash, inhibiting the free flow of the market, there was nothing stopping Bitcoin (BTC) from crashing really hard and quick. So Bitcoin (BTC) was able to freely crash and ‘get it over with’, while stocks were trying to crash but being pushed up by artificial money printing and equity purchases, dampening their crash and making it last longer.

In the same way that Bitcoin (BTC) crashed faster, it is now rising much faster. In fact, Bitcoin (BTC) is near $7,400 as of this writing, and it seems Bitcoin (BTC) could make a full recovery to pre-Coronavirus levels of over $10,000 in the coming month, especially since the highly anticipated block halving is coming in the middle of May.

As for stocks, even though they are rising rapidly at this exact moment, it seems unlikely that they will get back to record highs anytime in the foreseeable future. The economy is entering a depression due a large fraction of businesses being forced to close due to the Coronavirus, a closure which is lasting months.

Unemployment numbers are soaring into the 10-20% range, meaning tens of millions of Americans have lost their jobs. And there are numerous reports of businesses going bankrupt during this closure, i.e. a lot of businesses which closed due to the Coronavirus quarantine are never going to open again.

This massive loss of jobs and businesses is definitely going to lead to a default chain reaction, where people can’t pay their mortgages and car payments, and this is putting major pressure on banks. It remains to be seen if the government can completely bailout banks and corporations in this case, and so far it seems only a partial bailout is possible.

Essentially, stocks might be recovering nicely now, but the coming/ongoing default chain reaction, which will hurt numerous banks and corporations, will likely continue to apply downward pressure on stocks for the foreseeable future, even long after the Coronavirus pandemic is over.

Zooming out, the fact that the Bitcoin (BTC) market is already in a bonafide bull run and on track to go back to pre-Coronavirus levels is a strong argument for free markets over controlled markets. The Bitcoin (BTC) free market crashed hard, but it is on track to completely recover all on its own without any government bailouts. The controlled stock market and economy has received trillions of dollars of bailouts and will take years to completely recover.

Of course such a comparison is way too simple, since Bitcoin (BTC) is just a currency/asset, whereas the stock market and the economy involves billions of people and countless corporations and banks. However, it is probably true that without government intervention the stock market would ultimately follow a similar pattern to Bitcoin (BTC), where the crash happens really hard and quick, followed by a fast rise as investors buy up dramatically undervalued assets.

In any case, with the May block halving coming, which will reduce mining selling pressure on the market by 50%, combined with an already bullish crypto market, it appears a major Bitcoin (BTC) rally is forming. Further, if Bitcoin (BTC) really starts to rally back to record highs of $20,000 while the economy continues to be in a recession, it could bring in the greatest rush of Bitcoin (BTC) investors in history, as investors choose to make big money with Bitcoin (BTC) rather than make a little money with the slowly rising and probably indecisive stock market.

Thus, the Coronavirus pandemic hurt Bitcoin (BTC) for about a month, but the market appears on track to go back to the moon despite receiving zero bailouts, as opposed to the stock market which received trillions of dollars of bailouts and will likely receive trillions more, and is basically on life support and certainly not getting anywhere near the moon for years.