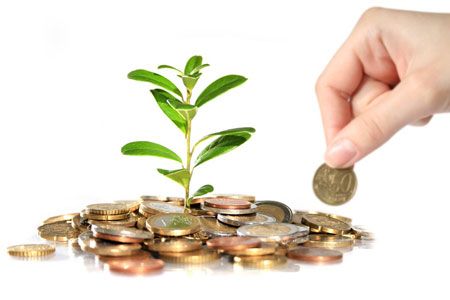 What characterizes the modern economy is its complex structure of production that seemingly generates an endless amount, and an endless variety, of goods. It seems that the production structure has, as it were, a self-generating mechanism. Careful examination, however, shows that without a key ingredient, the entire infrastructure could not have emerged. The ingredient that makes it all possible is the subsistence fund. The following simplified example will allow us to ascertain the essence of this fund.

The Basics of the Subsistence Fund

To maintain life and wellbeing, man must have at his disposal an adequate amount of final consumer goods. These goods, however, are not readily available — they have to be extracted from nature. Without tools at his disposal, man can only secure from nature very few goods for his survival.

For instance, take an individual John, stranded in a forest. In order to stay alive, he can only pick up some apples from apple trees. Apples are the only good available to him that can sustain him. Let us say that by working 20 hours a day, he manages to secure 20 apples, which keep him alive. The 20 apples that John has secured from nature is his subsistence fund, which sustains him.

Being a sophisticated individual, John realizes that if he had a special tool this would allow him to become more productive. His daily production of apples could be 40 apples (i.e. double his current production). The problem, however, is that the tool is not available — it must be made. To make the special tool requires two days of work. If John were to decide to make the tool, he would have a problem. By spending his time on making the tool, he would not be able to pick up the apples that are required to keep him alive.

The only way out of this predicament is for John to put aside an apple a day for the next forty days. By saving an apple out of his daily production and enduring hunger, after forty days he will have an adequate stock of apples that will sustain him while he is busy making the tool. (We make the unrealistic assumption here that apples can be preserved in edible form for forty days to illustrate the importance of saving). Thus, after forty days, John’s subsistence fund will be comprised of 40 apples, which will see him through while he is making the special stick. We can see here that the saved or unconsumed 40 apples enable the making of the tool, which raises the production of apples and lifts John’s living standard.

Now, let us slightly alter the previous example and introduce an individual Rob who specializes in making these tools. Because he is an expert in tool making, it takes him only one day to make the special tool that John requires. Rob also has to have 20 apples a day to keep him going. Note that rather than saving 40 apples John needs to save only 20 apples now, which will enable him to hire the services of Rob.

Observe that John’s saved 20 apples sustain Rob the toolmaker, while John is maintained by the current daily production of apples, which is also 20 apples.

Note that the making of the tool is a burden — John has to make a sacrifice and save 20 apples thereby endangering his health and wellbeing. However, after 20 days he will be able to use the tool, which will allow him to double his production of apples. If he continues to consume 20 apples a day, this will allow John to increase his subsistence fund.

Thus on the first day, his subsistence fund will be 40 apples, of which 20 are allocated for consumption and 20 are saved. On the second day, his fund will comprise of 20 saved apples + 40 apples from current production (i.e., his fund is 60 apples of which 20 is consumed and 40 are saved). On the third day, his fund will be 80 apples (i.e. 40 apples from the daily production and 40 from savings). Out of this John consumes 20 apples and saves 60 apples, etc. As the subsistence fund expands, this allows John to hire the services of other individuals that can maintain and enhance his production structure, and thereby raise further the production of apples.

The state of the subsistence fund determines the quality and the quantity of various tools that can be made. If the fund is only sufficient to support one day of work, then the making of a tool that requires two days of work cannot be undertaken. The size of the fund sets the limit on the projects that can be implemented. It also means that the size of the fund determines so-called economic growth. (As the fund increases this permits a greater production of apples).

On this, Richard von Strigl wrote:

The essence of the subsistence fund, which we have established with respect to an individual, John, can be widened to include many individuals that trade with each other. John, who produces apples, can now secure meat and clothing from other individuals. This means that the subsistence fund now comprises of a greater variety of final goods ready for human consumption. According to Bohm-Bawerk:

The entire wealth of the economical community serves as a subsistence fund, or advances fund, and, from this, society draws its subsistence during the period of production customary in the community.2

The Subsistence Fund and Money

The introduction of money does not alter the essence of what the subsistence fund is. Various producers who have exchanged their produce for money can now exchange their money for various consumer goods (i.e., they can access the subsistence fund whenever they deem this to be necessary). Observe, when an individual exchanges his money for goods, all that we have here is an act of an exchange and not an act of payment — money is just the medium of exchange.

What About Intermediate Goods?

If the subsistence fund is comprised of final consumer goods, how does a producer of an intermediate goods — like a producer of tools & machinery — contribute to this fund?

Crusoe without the axe is two hundred fifty hours away from his desired house; Crusoe with the axe is only two hundred hours away. If the logs of wood had been poled up ready-made on his arrival, he would be that much closer to his objective; and if the house were there to begin with, he would achieve his desire immediately, he would be further advanced toward his goal without the necessity of further restriction of consumption.3

In addition, with the introduction of more advanced tools and machinery various new consumer goods can be produced, which prior to the making of these new tools were not available at all to individuals. Obviously, if the tools and equipment acquired turn out to be useless, then the savings of purchasers of these tools and equipment are squandered.

Monetary Expansion and the Subsistence Fund

We can infer from this that when money is generated out of “thin air” it diverts the means of sustenance away from wealth producers who have contributed to the subsistence fund towards the holders of the newly created money. For a given subsistence fund this will imply that wealth producers will discover that the purchasing power of their money has fallen since there are now less goods left in the fund.

As the pace of money creation out of “thin air” intensifies, it puts more pressure on the subsistence fund. This in turn makes it much harder to implement various projects as far as the maintenance and the improvement of the infrastructure is concerned. Consequently the flow of production of various final consumer goods weakens, which in turn makes it much harder to make provisions for savings.

The maintenance of the infrastructure requires the allocation of savings towards various individuals that maintain the infrastructure. In our example with the tool if John will not add more tools to his inventory at some point the tool will break and the production of apples will halve. In order to have more tools in his inventory John would have to allocate savings for this.

Loose monetary and fiscal policies, which aim at growing the economy, are in fact achieving the exact opposite. As long as the growth rate of the subsistence fund stays positive, this can continue to sustain productive and non-productive activities. Trouble erupts when, on account of loose monetary and fiscal policies, a structure of production emerges that tie up much more consumer goods than the amount it releases. (The consumption of final consumer goods exceeds the production of these goods).

This excessive consumption relative to the production of consumer goods leads to a decline in the subsistence fund. This in turn weakens the support for individuals that are employed in the various stages of the production structure, resulting in the economy plunging into a slump.

The shrinking subsistence fund exposes the erroneous nature of the commonly accepted view that loose monetary and fiscal policies can grow an economy.

This policy ineffectiveness is always relevant whenever the central authorities are attempting to “grow an economy.” The only reason why it appears that these policies “work” is because the subsistence fund is still expanding.

On this Mises wrote,

An essential point in the social philosophy of interventionism is the existence of an inexhaustible fund which can be squeezed forever. The whole system of interventionism collapses when this fountain is drained off: The Santa Claus principle liquidates itself.4