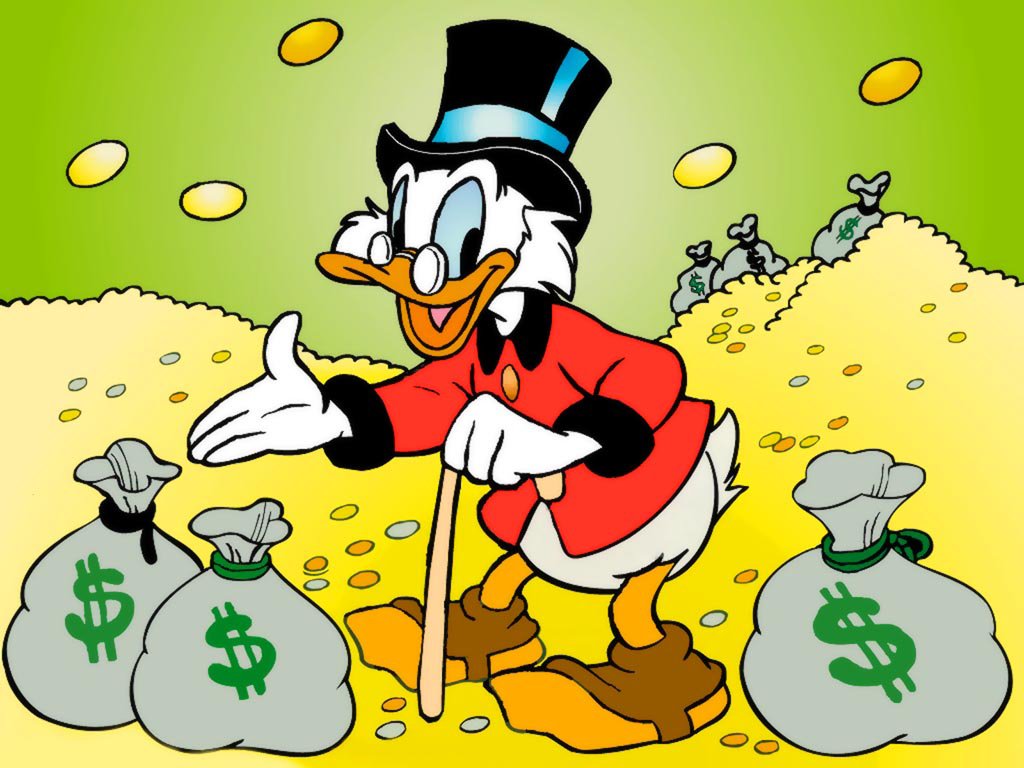 By Kristoffer Mousten Hansen on Mises.org

There is a growing genre of literature that can best be described as apologias for Ebenezer, the aim of which is to show that Ebenezer Scrooge, the main character of Dickens’s classic Christmas tale, was really a great man, unfairly put upon by spectral busybodies and hand-wringing underlings. A peaceful and honest man, Scrooge was really the victim of A Christmas Carol, not the villain.

Worthy as this corrective to Dickens is, there is no getting around the fact that Ebenezer Scrooge is not a likable character, nor a happy person. Although not a villain, Scrooge is still a misanthrope of the first order, and those closest to him are right to — peacefully — try and make him take a more positive attitude. There is therefore something jarring about trying to make him out to be a hero, especially during the Christmas season — so let’s not try! Instead, I intend to offer for your entertainment and instruction a different Scrooge, who, though still a miser of the first order, is a much better and more interesting depiction of a great capitalist. I speak, of course, of Scrooge McDuck.

Scrooge McDuck can perhaps best be summed up as the fictional love child of Commodore Vanderbilt and Hetty Green, the one perhaps the greatest entrepreneur and the other perhaps the greatest miser of the nineteenth century. Originally created by Carl Barks to serve as a cartoon-version of Dickens’s Scrooge, the character quickly took on a life of his own.1 Rich beyond the dreams of avarice, Scrooge McDuck is also miserly to a, well, cartoonish extent: he not only delights in counting his money, but showers in it and swims through it like a dolphin. Unlike his main rivals John D. Rockerduck, who inherited his wealth, and Flintheart Glomgold, who is a less-than-honest businessman, however, Scrooge built his fortune and business empire from the bottom up by serving the consumer. From his earliest beginnings as a shoeshine boy in Glasgow until he finally struck gold in Klondike, Scrooge was always honest and hardworking. His one ruling passion was to become and remain the richest man in the world, but he did not want to take any shortcuts. In his own words, “I made it by being tougher than the toughies, and smarter than the smarties! And I made it square!.” In this way, not only did he succeed in his goal, he did it in a way that increased the welfare of all people concerned: by respecting property rights and only engaging in consensual exchange, Scrooge McDuck ensured that only by improving other people’s lives could he convince them to exchange their money for his goods and services. In addition to this, Scrooge is also a great tax resister and has no great respect for the lawful authorities. While he never resorts to violence, he is always looking for any strategy or scheme that will allow him to escape from the clutches of the IRS, even going so far as to secede from the state of Calisota and declare himself sovereign of his own kingdom (in His Majesty, McDuck, by Don Rosa).

It is worth stressing that, unlike other comic-book capitalists such as Bruce Wayne and Anthony Stark — both characters who inherited their wealth, by the way — Scrooge McDuck is first and last a capitalist-entrepreneur dedicated to serving the consumer: He dabbles in all sectors of the economy, employing his capital and talents wherever he thinks a profit is to be made; he is scrupulous in his respect for property rights and contracts; and the stories spun about him show that true adventure can be found in what is too often depicted as the humdrum life of business (e.g.,Tralla La, The Second-Richest Duck, King Scrooge the First,by Barks, The Life and Times of Scrooge McDuck,by Rosa).

The glories of Scrooge McDuck do not end there, however. Normally, we would expect successful businessmen to eventually retire and enjoy their wealth. Quite often, they will even use their wealth for philanthropic purposes, at least philanthropy according to their own lights. Yet in Scrooge McDuck we have, arguably, the singular case of a capitalist who enriches his fellow men (or ducks, as the case may be) twice over. First, as already noted, Scrooge enriches people by producing and offering goods and services that they desire. Nobody is forced to trade with him, so we must assume that, at least ex ante, people benefit from Scrooge’s activity. That he continues in business for decades is a fairly good indicator that he is successful in satisfying consumer wants also ex post, as the consumers in Duckburg demonstrate their preference for continuing to trade with him. Secondly, and crucially, is the fact that Scrooge McDuck is a miser. He does not spend the money that people give him, but instead puts it in his Money Bin to enjoy as described above. To a Keynesian, this would make Scrooge a vampiric enemy of society, as he continually drains liquidity from the economy; to a sane person, it quickly becomes evident that he is a great benefactor to society. For what happens when Scrooge adds continually to his cash balance instead of spending money is that everything becomes cheaper and the money in everybody’s wallets and bank accounts gains in purchasing power. Not only, therefore, is Scrooge a great capitalist-entrepreneur, but despite the immense wealth he accumulates, he never spends any of it on himself. Seen from the point of view of the economy as a whole, Scrooge is providing all his services as a capitalist and entrepreneur free of charge, and is in this sense a great philanthropist (eh, philanist I mean). McDuck Industries incessantly churns out stuff the consumers want, as demonstrated by their purchases of it, but McDuck himself never cashes in on this succcess. Instead, his great productivity leads to ever lower prices, as the money spent on his goods is withdrawn from the economy.

In one way, we may even argue that miserly McDuck is an even greater philanthropist than the men and women who spend their wealth ostensibly helping other people. When Scrooge McDuck sells his wares, we can be sure that his customers want them. The capital invested in Scrooge’s enterprises and his vast accumulation of cash in the Money Bin are evidence of this. When a philanthropist offers goods free of charge, we may be able to say that the people they are offered to are benefited — but how much? Is this charitable giving the best use of scarce resources? Or do the vast sums spent on charity by billionaires in reality sometimes constitute their personal consumption, a kind of feel-good consumer good? There can be no denying that philanthropists often pretend that they know best what other people need — and perhaps, sometimes, they do — but that is an extremely paternalistic attitude. It is certainly true that by offering goods free of charge, philanthropists change people’s behavior from what it would have been if they had had to face the full costs of their actions. In any event, as charitable giving is essentially outside the market economy, we do not have the same readymade test of profit and loss by which we can judge whether it is welfare improving or destroying.

So there you have it, Scrooge McDuck, the perfect type of a miser, a capitalist-entrepreneur — and the most philanthropic man (duck, I mean) in Duckburg, the state of Calisota, and probably the whole world. This Christmas, I suggest we all give thanks to the misers, the capitalists, and the tax resisters of this world. While charity is unquestionably a good thing, perhaps the world would be a better place if more billionaires were a little more like Scrooge McDuck and a little less bent on improving the world according to their own lights.