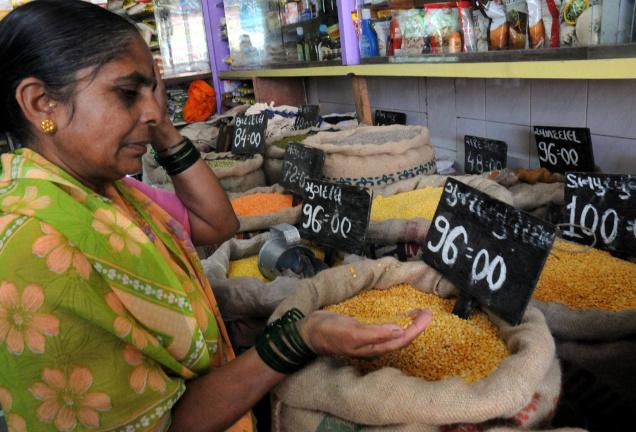 For most experts, deflation is considered bad news since it generates expectations of a decline in prices. As a result, they believe, consumers are likely to postpone their buying of goods at present since they expect to buy these goods at lower prices in the future.

This weakens the overall flow of spending and in turn weakens the economy. Hence, such commentators hold that policies that counter deflation will also counter the slump.

Will Reversing Deflation Prevent a Slump?

If deflation leads to an economic slump, then policies that reverse deflation should be good for the economy. Or so it is held.

Reversing deflation will simply involve introducing policies that support general increases in the prices of goods, i.e., price inflation. With this way of thinking inflation could actually be an agent of economic growth.

According to most experts, a little bit of inflation can actually be a good thing. Mainstream economists believe that inflation of 2 percent is not harmful to economic growth, but that inflation of 10 percent could be bad for the economy.

There’s good reason to believe, however, that at a rate of inflation of 10 percent, it is likely that consumers are going to form rising inflation expectations.

According to popular thinking, in response to a high rate of inflation, consumers will speed up their expenditures on goods at present, which should boost economic growth. So why then is a rate of inflation of 10 percent or higher regarded by experts as a bad thing? Clearly there is a problem with the popular way of thinking.

The price of a good is the amount of money asked per unit of it. For a constant amount of money and an expanding quantity of goods, prices will actually fall. Prices will also fall when the rate of increase in the supply of goods exceeds the rate of increase in the money supply. For instance, if the money supply increases by 5 percent and the quantity of goods increases by 10 percent, prices will fall by 5 percent.

A fall in prices however cannot conceal the fact that we have inflation of 5 percent here on account of the increase in the money supply.

The reason why inflation is bad news is not because of increases in prices as such, but because of the damage inflation inflicts to the wealth-formation process. Here is why.

The chief role of money is the medium of exchange. Money enables us to exchange something we have for something we want. Before an exchange can take place, an individual must have something useful that he can exchange for money. Once he secures the money, he can then exchange it for the goods he wants.

But now consider a situation in which the money is created “out of thin air,” increasing the money supply. This new money is no different from counterfeit money. The counterfeiter exchanges the printed money for goods without producing anything useful. He in fact exchanges nothing for something. He takes from the pool of real goods without making any contribution to the pool.

Note that as a result of the increase in the money supply what we have here is more money per unit of goods, and thus, higher prices.

What matters however is not that prices rise, but the increase in the money supply that sets in motion the exchange of nothing for something, or “the counterfeit effect.” The exchange of nothing for something, as we have seen, weakens the process of real wealth formation. Therefore, anything that promotes increases in the money supply can only make things much worse.

Why Falling Prices Are Good

Changes in prices are just a symptom, as it were — and not the primary causative factor — of a falling growth momentum.  Thus attempts to reverse price deflation by means of a loose monetary policy (i.e., by creating inflation) is bad news for the process of wealth generation, and hence for the economy. On the other hand, in order to maintain their lives and well-being, individuals must buy goods and services in the present. So from this perspective a fall in prices cannot be bad for the economy.

Furthermore, if a fall in the growth momentum of prices emerges on the back of the collapse of bubble activities in response to a softer monetary growth, then this should be seen as good news. The fewer non-productive bubble activities we have, the better it is for the wealth generators, and hence for the overall pool of real wealth.

Likewise, if a fall in the growth momentum of the CPI emerges on account of the expansion in real wealth for a given stock of money, this is obviously great news since many more people could now benefit from the expanding pool of real wealth.

We can thus conclude that contrary to the popular view, a fall in the growth momentum of prices is always good news for the wealth generating process and hence for the economy.