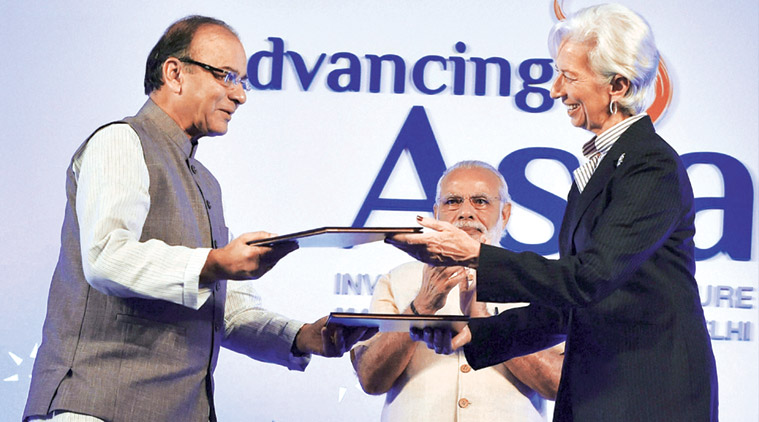 Here’s the latest update from Zerohedge on the Argentina shitshow:

“Almost exactly two years ago, the 20-some year old millennials that make up the majority of the fixed income investment universe couldn’t get enough of a brand new, and quite ridiculous, security that was being offered by Argentina: 100 year bonds. Demand was so high, in fact, that the bond sale was 3.5x oversubscribed as we wrote at the time , when we also warned that this particular experiment will end in tears.

The tears came earlier this month, when in a “shocking” outcome – because apparently it hadn’t dawned on anyone that a political regime that is forced to push for austerity as its IMF masters demand will be kicked out overnight – the “market-friendly” Macri regime was tossed out in a primary for the upcoming presidential election, sending the country’s currency and risk assets crashing. Oh, and those 100 year bonds which could be bought for 75 cents on the dollar just 3 weeks ago can now be purchased at half that price.

Unfortunately, all those 20-year-olds who couldn’t get enough Argentina bonds in the summer of 2017, are strangely missing to buy today’s dip, and not just because S&P downgraded the country to “selective default” late on Thursday – for the simple reason that the government decided to effectively default on some $101BN in bonds, its 9th default since Argentina’s independence from Spain in 1816, but also because of what Argentina’s presidential front-runner told the WSJ in an interview today, namely that the government’s new plan to restructure its short-term debt shows the country is virtually insolvent, hardly the stuff bondholders who have been burned – over and over – on Argentina bonds wanted to hear.

“Now, there is no one taking Argentine debt, or anyone who can pay it,” said Alberto Fernández, who as candidate of the Peronist coalition is now expected to win October’s presidential election. “Argentina is in a virtual, hidden default.”

Actually, the default is neither virtual, nor hidden. Don’t believes us? Just look at the above chart. But in any case, if Argentina is already virtually in default, then “what are the incentives for Fernandez to continue making payments rather than seek a negotiated restructuring?” asked Whitney Baker, founder of Totem Macro in New York, who noted that his comments to the Wall Street Journal “seem to validate that argument, rather than being the cause of incremental uncertainty.” He also noted that given the opposition candidate’s biases, it’s “a great opportunity to blame the default on Macri” and, of course, the IMF “and then seek to negotiate broader debt relief later,” she said.

The default – however one wants to define it – took place earlier this week, when outgoing president Mauricio Macri ’s government unilaterally extended the maturity of all short-term paper and said it wants to restructure its debt with the IMF, after the country’s treasury was unable to roll over obligations with the private sector.

This means that not only will international creditors be shafted, but so will the IMF, whose loan, the largest ever in IMF history, will be impaired.

(… that) money was used to fund “humankind’s most expensive re-election campaign”, which is what Fernandez called the 2018 IMF’s $57 billion bailout of Argentina:

“What I want them to understand in the IMF is that they are guilty of this situation,” Mr. Fernández said. “It was an act of complicity with the Macri administration. It was humankind’s most expensive reelection campaign, and they gave money to a compulsive spender.”

The pain was compounded on Thursday when S&P downgrading Argentina’s debt to selective default on Thursday. “This has immensely stressed debt dynamics amid a depreciating exchange rate, a likely acceleration in inflation, and a deepening economic recession,” S&P said in a release.

Instead of being used to replace more expensive debt, Mr. Fernández said, the dollars from the IMF have evaporated in capital outflows as the government burned foreign-currency reserves to contain the steady depreciation of the Argentine peso. Which, incidentally, is precisely what we said would happen last year.

And indeed, the central bank has spent close to $1.5 billion to meet rising demand for dollars since mid-August, or about 10% of its net foreign-currency reserves. Worse, according to calculations by First Geneva Capital Partners, Argentina will drain its net foreign currency reserves within the month if it continues spending dollars at the current rate. So Buenos Aires has a choice: watch as its currency becomes the next Bolivar, or run out of dollars in days.

All of this, incidentally, was obvious to anyone who wasn’t an idiot, i.e. an IMF employee.

One need look no further than Greece to see just how effective recent IMF interventions have been.

One can’t blame outgoing IMF head Lagarde for trying to keep a low profile: after all her next job is to head the ECB, and after her absolutely disastrous tenure at the IMF, one can’t wait to see just how she destroys the Eurozone as her final parting gift. “