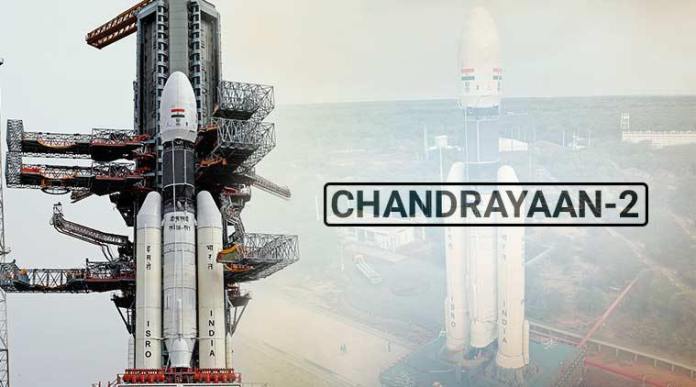 Here is why the Chandrayaan 2 Moon Mission was called off by ISRO (Indian Space Research Organisation). ISRO had constituted a multidisciplinary expert committee on Monday to study the technical glitch. It was found that the helium gas bottle in the cryogenic engine had failed to build pressure due to a leak in a ‘nipple joint’. However, ISRO is yet to pinpoint the primary cause for the leak.

Indian Space Research Organisation (ISRO) has identified the source of the ‘technical snag’ that led the agency to abort the launch of India’s ambitious lunar exploratory mission, Chandrayaan-2. Senior scientists from ISRO spoke to the media and confirmed that the reason for calling off the launch was a leak in the cryogenic engine. The helium gas bottle in the cryogenic engine reportedly failed to build sufficient pressure due to a leak in a ‘nipple joint’.

The cryogenic engine of a rocket is where the fuel is liquified and stored at very low temperatures. The helium gas bottle is used to supply pressure to the fuel and oxidiser in the cryogenic engine. In plumbing, ‘nipple’ simply means a short piece of pipe and a nipple joint is a tool used to join two pipes.

According to a retired official of ISRO, sufficient pressure in the liquid fuel tanks is necessary to maintain a continuous flow of fuel to the combustion chamber. “While the fuel is fed into the combustion chamber from the bottom, helium gas is filled from the top. It seems sufficient pressure was not being built up and hence the launch was called off,” the retired ISRO official told IANS.

The Secretary of US Air Force Heather Wilson has announced they will demonstrate #SpaceWeapon as deterrence in response to India’s ASAT test #MissionShakti sharing for the first time American #SpaceWar plans known as #OlympicDefender with #FiveEyes allies https://t.co/bh7i19BtI3— GreatGameIndia (@GreatGameIndia) April 14, 2019

ISRO had constituted a multidisciplinary expert committee on Monday to study the technical glitch. The ISRO officials heaved a sigh of relief that the technical glitch was detected ahead of the rocket’s launch avoiding the potential loss to the spacecraft.

The 34-litre helium gas bottle is supposed to be at 350 bars of pressure so that the output pressure is regulated at 50 bars. Speaking to The Times of India, an official said that the leak was bringing down the pressure by 4 bars every minute. Despite the leak, the rocket could have still made it, but ISRO exercised abundant caution and called-off the launch. A bigger leak in the gas bottle could potentially affect the combustion and velocity of rocket leading to the loss of control.