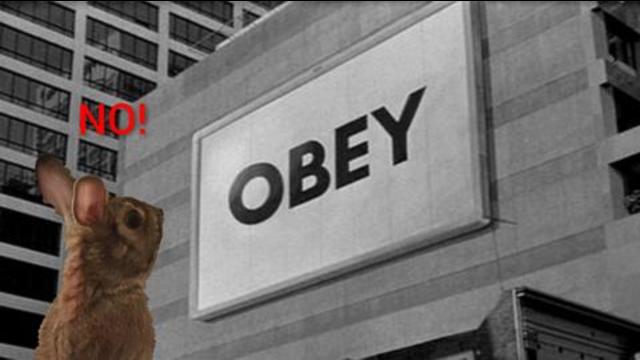 By Graham Smith on AgoristNexus.com

“The ultimate goal of fire hosing isn’t to pass off lies as truth. It’s to rob concepts, like facts and reality, of their power.”

“There’s nothing as humiliating or disempowering as trying to prove the truth.”

Defending the Obvious — An Exercise in Humiliation

Imagine you’re out with some friends on a picnic. It’s a beautiful, sunny day, and the temperature is nice and balmy — not too hot, not cold at all. One of your friends pulls something out of her bag. It’s a red hat.

“Hey guys,” she calls out cheerfully, “do you like my new blue hat?” Everybody reacts with the standard oohs and aahs and obligatory wow-ing, and various commentary on what a nice hat it is. Some even say the particular shade of blue is especially wonderful. You smile and compliment her wonderful hat with everyone else, adding: “But Liz, don’t you mean red?”

Your friend Liz tilts her head to the side, jutting her chin out with brow furrowed, smiling a curious, “are-you-joking” type of friendly smile. You explain cheerfully, “You said blue hat.” A couple seconds pass. An uncomfortable silence. When you look around, everyone is staring at you. Some half smiling. Some straight-faced. The way people might look at a drunk disrupting a piano recital. Blood rushes to your face and a film of cold sweat emerges on your skin.

“What?” you nervously venture. You are smiling, thinking maybe this is all a gag. Liz giggles and asks nervously, “Are you okay? Too many beers already?” After another silence you try to brush it off and explain that maybe she and the others misspoke because the hat is red and she said blue. At this she becomes visibly annoyed and thrusts the red hat directly in front of your eyes with a sharp, clipped gesture. It’s definitely red. “What are you talking about?” she says.

Covid Chaos Is Meant to Destroy Meaning Itself

Propaganda is meant to confuse, demoralize, and erode one’s sense of being grounded in the present reality. This is why Covid19 propagandists use what some call the “firehose” Russian propaganda technique. I’m going to be paraphrasing here from a Vox video (of all places, I know) from 2018 that, while being partisan political garbage from a few years ago, nonetheless includes some powerful insight on the nature of propaganda. According to the video, the “firehose” technique in Russian propaganda includes the following elements:

* no concern for objective reality

* no concern for consistency

This type of propaganda campaign aims to disempower by way of inundation. It is a gaslighting demonstration of power, where the target is made to engage with what is being said, even though what is being said is objectively false or nonsensical. Do all the points on the Russian fire-hosing checklist look familiar?

In much the same way it is degrading to try and prove to somebody that a red hat is indeed red, it’s an exercise in futility and exhaustion to try to point out obvious logical discrepancies in the Covid19 narrative to its dedicated ideologues. This is exactly what the creators of the propaganda campaign want.

Here is an excellent example (one of hundreds, if not thousands) of obvious inconsistencies I’ve come across:

Let’s examine the above image. Assuming there is a highly contagious viral pathogen that is wiping out millions of human lives, collapsing medical systems and throwing the world into mass chaos, turmoil, and confusion, and that masks and distancing can stop it, why would the game of basketball even be played in such a life or death situation? And since they are playing the game, why are they only wearing masks on the bench? Why is touching the same ball not problematic?

People now accept glaring inconsistencies like these every day. Mysteriously, the so-called Covid19 plague can seriously harm you while waiting in line at Starbucks for your double mocha raspberry syrup…whatever…but once seated you can safely remove the mask and eat and talk with your friends.

Do we really imagine coffee is worth dying or killing people for? Going to Starbucks would be off the list of sane activities for most folks entirely in an actual plague. Almost nobody truly seems to believe the propaganda. But nor are they just mindlessly following along. They often seem to envision themselves as active participants in its ostensibly honorable causes. Engaged followers of the message.

Like the Baptist preacher who slobbers and shouts about the impending reality of hellfire and doom for sinners every Sunday, but spends most of his free time watching football on TV with his hand down his pants, so the propagandized adherent to the church of covid seems to simultaneously believe there’s a raging, deadly pandemic, but also not to give a shit about it at all. This with the added bonus that they can yet self-righteously judge others who are not in on the religion. It’s a whole vibe. A preassembled personality. No thought required.

And that’s really the barbed hook of this engineered confusion. It’s not like merely trying to prove that a blue hat is red to a group of friends saying it isn’t — an exercise in absurdity already; it’s like trying to prove that the blue hat is red to people who understand red hats to be symbols of hatred. It goes against everything the other person feels, thinks, and knows to be good and reliable and true. So now you are not only questioning their propagandized reality. Now you are telling them that they are in league with evil, to boot. Thus the rabid rejections that so often accompany trying to talk logic with a Covidian.

So what is the endgame, then, of all this engineered chaos? In two words: complete control. The propaganda is necessary, because if the true nature of what is happening were exposed, many people would stop going along for the ride. Economic control. Population control. Thought control. Movement control. Body control. The preferential treatment of the accepted, submissive class as they support the self-appointed elite social planners by running in their hamster wheels to procure resources and build infrastructure, and conversely, the systematic degradation and destruction of independent thinkers, the self-sufficient, “useless eaters” such as the elderly or disabled, and anyone else not willing to go along with what the World Economic Forum has dubbed ‘The Great Reset.’

There seems to be a global exercise in a kind of neo-eugenics brewing, which we will explore in part 2.