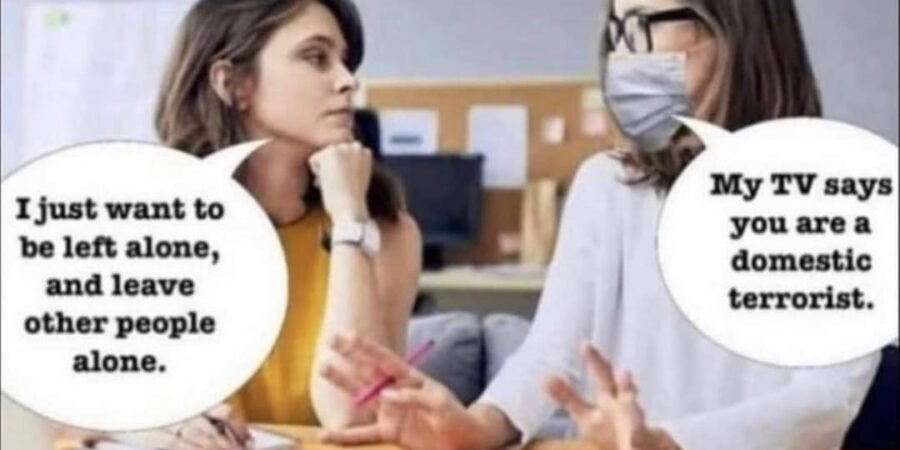 By Peter R. Quiñones on Substack

Have you stopped to ask yourself why your friend or relative who never gave a flying-fuck about their health before March 2020 now does all of a sudden? It’s them, not you.

The psychopath can be your mother, brother, best friend, neighbor and yes, even your DOCTOR. Stick to your guns. Showing these people charts and statistics is useless. Have you ever tried to talk someone out of their religion? Their faith? Logic and critical thinking never works. It’s called faith for a reason. And when it’s not hurting others as in the case of personal, religious faith, it’s part of liberty for all. But the worshippers at the altar of the COVID and woke-progressive faiths are true crusaders. To quote Michael Malice, “They want you dead but will settle for your submission.”

Facts don’t matter anymore. Narrative rules the day. How do we fight this? First; you have to have to be 100% sure you’re not crazy. You’re not. They’re the ones who have lost their minds. Second; you have to figure out personal “work-arounds” for a while. I’m sure you all know what I mean. Third; as much group non-compliance as you can organize. Again, you know what I mean. You’re the smart ones. You’re the ones with your heads on straight. You’re the only reason we’re gonna defeat them.