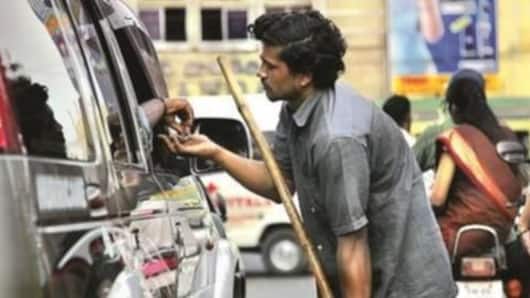 Or, why the RBI must be abolished

Original article by Thorsten Polleit on the Mises Wire

ILR Comment : This is not a joke. See “India’s 9 richest-people hold as much wealth as poorest 50%” (Newsbytes.com)

Wherever you look, prices for consumer goods, real estate, stocks, and bonds are on the rise. That means that the purchasing power of money is on the decline. For if, say, stock prices go up, your money unit can buy fewer stocks. What it also means is that although people holding assets, whose prices increase, become “richer,” people holding money get “poorer.”

You may say: why bother? Some people are smarter than others. They cleverly go into “real assets” and refrain from holding money, while others are just too lazy and miss out on their fair chance to profit. One major problem with this kind of thinking, however, is that it ignores the objectionable root cause of generally rising prices: the fiat money system.

In today’s fiat money system, central banks, in close cooperation with commercial banks, relentlessly increase the quantity of money through credit expansion. That is, they extend credit and thereby issue new money out of thin air, money that is not backed by real savings.

The first receivers of the new money are of course the beneficiaries: they can exchange their new money against goods and services at unchanged prices. As the new money is passed from hand to hand, the demand for vendible items goes up, which translates to higher goods prices.

This is unlike what happens in a genuinely free market, in which people trade voluntarily with one another and both parties benefit. In a fiat money regime, the early receivers of new money reap a “windfall profit” at the expense of all those who come later in line.

As things stand, there is no escape from this coercive redistribution of income and wealth. Governments have monopolized money production, and people have to use the governments’ fiat money. “Alternative money candidates” have either been outlawed or made uncompetitive by legal tender laws and/or by subjecting them to capital gains taxes and/or VATs (value-added taxes).

The issuance of fiat money cannot be, and is not meant to be, beneficial for all; it is done to favor some at the expense of others. In general, those who have easy access to bank credit clearly belong to those who benefit: governments, commercial and investment banks, big business, the financial industry at large.

The disadvantaged are, generally speaking, those groups who do a kind of business that is actually quite remote from central and commercial banks’ money production: businesses that do not receive orders and contracts from the group of early receivers of the new money.

A Misleading Definition of Inflation

In recent years, mainstream economics has been arguing that inflation is actually a rise in consumer goods prices by more than 2 percent per year, and many people seem to buy this. However, this is a misleading, deceptive conceptualization of the “inflation phenomenon” for various reasons.

The increase in fiat money does not only show up in consumer goods prices, but also affects asset prices—the prices of, say, stocks, bonds, real estate, art, etc. In the last decades, central banks’ inflationary policies have shown up predominantly in rising asset prices and not in sharp increases in consumer prices.

It should be clear, however, that a rise in asset prices erodes the purchasing power of money just as effectively as an increase in consumer goods prices does. Nevertheless, central banks, with the intellectual support of mainstream economics, defend the idea of measuring inflation in terms of changes in consumer goods prices but not asset prices.

In the same period, it has lost 53 percent of its purchasing power in terms of housing. In other words, people have to spend more than double the amount of money on a house today compared to twenty years ago (other things being equal), or they have to save twice as long or borrow twice as much.

The major consequence of the issuance of fiat money is that artificial booms are set in motion. The increase in credit supply not backed by real savings pushes the market interest rate down to an artificially low level, which in turn discourages savings, increases consumption, and it also fuels additional investment.

The painful news is that the boom brings overconsumption and malinvestment. People live beyond their means. They consume more and save less compared to what they would have if the the market interest rate had not been artificially lowered. Firms engage in investments which under unhampered market conditions are actually not profitable.

People enjoy the boom, and they loathe the bust. So, once they have initiated the boom, central banks can count on support from politicians, banks, industrial firms, unions, employees, and even pensioners to take all kinds of measures to keep it going. No one wants to pay the tab run up by the boom.

As a result, the central bank brings interest rates to ever lower levels and pumps ever more credit and money into the system to keep the boom going. The chances are that under such a policy the deceptive economic expansion can be kept going for a while, but it will take ever more “aggressive measures” to do so.

It does not take much to understand what this corrupt incentive structure brings: continued central bank inflation. They will try to keep inflating asset prices, because it supports the boom and they get away with it: people do not complain about “asset price inflation” and they do not blame central banks’ monetary policies for it.

That said, the lesson to learn is this: fiat money—be it US dollar, euro, Chinese renminbi, British pound, Swiss franc, etc.—will most likely continue to lose its purchasing power over time. Some faster, some perhaps less quickly. But people should be aware that fiat money is no reliable store of value.

There might be a point in time when the fiat money system crashes altogether, for inflation is a policy that cannot last. We do not know when the death knell of the fiat money regime will ring. That said, the minimum advice is this: do not entrust your life savings to fiat currency, and do not expect the crash just yet.