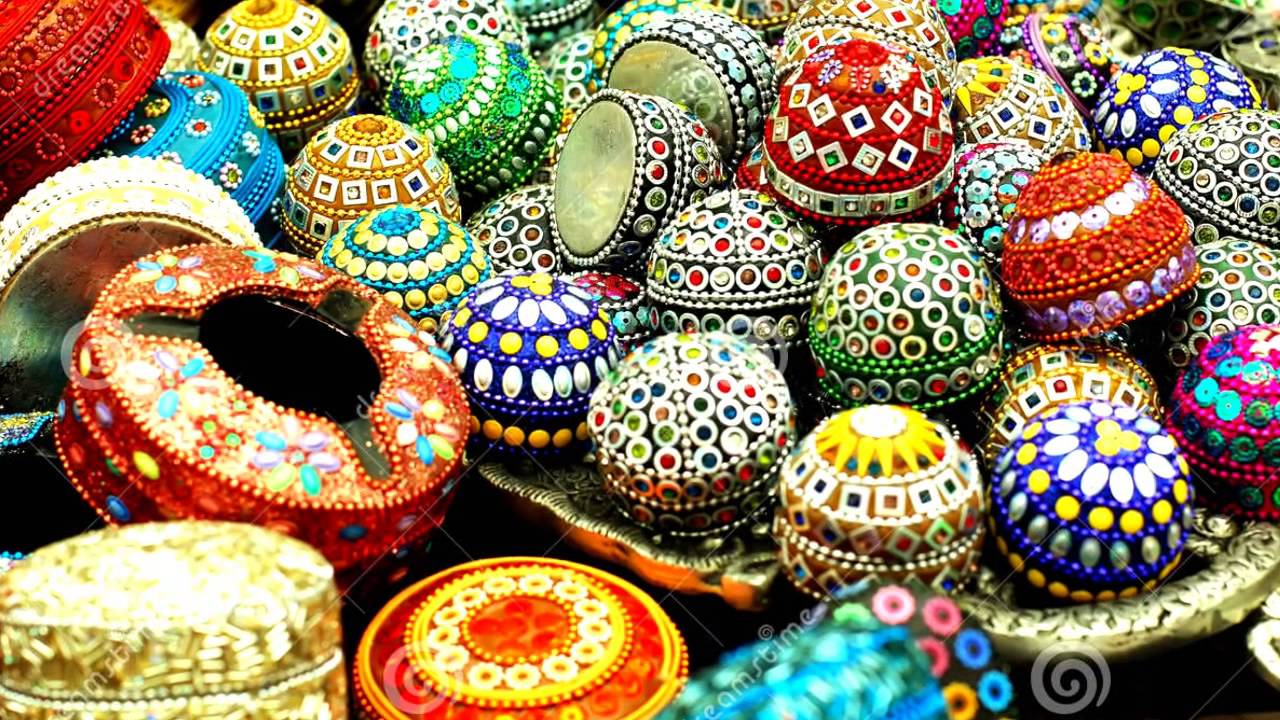 Critics level two charges against capitalism: First, they say, that the possession of a motor car, a television set, and a refrigerator does not make a man happy. Secondly, they add that there are still people who own none of these gadgets. Both propositions are correct, but they do not cast blame upon the capitalistic system of social cooperation.

People do not toil and trouble in order to attain perfect happiness, but in order to remove as much as possible some felt uneasiness and thus to become happier than they were before. A man who buys a television set thereby gives evidence to the effect that he thinks that the possession of this contrivance will increase his well-being and make him more content than he was without it. If it were otherwise, he would not have bought it. The task of the doctor is not to make the patient happy, but to remove his pain and to put him in better shape for the pursuit of the main concern of every living being, the fight against all factors pernicious to his life and ease.

It may be true that there are among Buddhist mendicants, living on alms in dirt and penury, some who feel perfectly happy and do not envy any nabob. However, it is a fact that for the immense majority of people such a life would appear unbearable. To them the impulse toward ceaselessly aiming at the improvement of the external conditions of existence is inwrought. Who would presume to set an Asiatic beggar as an example to the average American? One of the most remarkable achievements of capitalism is the drop in infant mortality. Who wants to deny that this phenomenon has at least removed one of the causes of many people’s unhappiness?

No less absurd is the second reproach thrown upon capitalism — namely, that technological and therapeutical innovations do not benefit all people. Changes in human conditions are brought about by the pioneering of the cleverest and most energetic men. They take the lead and the rest of mankind follows them little by little. The innovation is first a luxury of only a few people, until by degrees it comes into the reach of the many. It is not a sensible objection to the use of shoes or of forks that they spread only slowly and that even today millions do without them. The dainty ladies and gentlemen who first began to use soap were the harbingers of the big-scale production of soap for the common man. If those who have today the means to buy a television set were to abstain from the purchase because some people cannot afford it, they would not further, but hinder, the popularization of this contrivance.

Again there are grumblers who blame capitalism for what they call its mean materialism. They cannot help admitting that capitalism has the tendency to improve the material conditions of mankind. But, they say, it has diverted men from the higher and nobler pursuits. It feeds the bodies, but it starves the souls and the minds. It has brought about a decay of the arts. Gone are the days of the great poets, painters, sculptors and architects. Our age produces merely trash.

The judgment about the merits of a work of art is entirely subjective. Some people praise what others disdain. There is no yardstick to measure the aesthetic worth of a poem or of a building. Those who are delighted by the cathedral of Chartres and the Meninas of Velasquez may think that those who remain unaffected by these marvels are boors. Many students are bored to death when the school forces them to read Hamlet. Only people who are endowed with a spark of the artistic mentality are fit to appreciate and to enjoy the work of an artist.

Among those who make pretense to the appellation of educated men there is much hypocrisy. They put on an air of connoisseurship and feign enthusiasm for the art of the past and artists passed away long ago. They show no similar sympathy for the contemporary artist who still fights for recognition. Dissembled adoration for the Old Masters is with them a means to disparage and ridicule the new ones who deviate from traditional canons and create their own.

John Ruskin will be remembered — together with Carlyle, the Webbs, Bernard Shaw and some others — as one of the gravediggers of British freedom, civilization and prosperity. A wretched character in his private no less than in his public life, he glorified war and bloodshed and fanatically slandered the teachings of political economy which he did not understand. He was a bigoted detractor of the market economy and a romantic eulogist of the guilds. He paid homage to the arts of earlier centuries. But when he faced the work of a great living artist, Whistler, he dispraised it in such foul and objurgatory language that he was sued for libel and found guilty by the jury. It was the writings of Ruskin that popularized the prejudice that capitalism, apart from being a bad economic system, has substituted ugliness for beauty, pettiness for grandeur, trash for art.

As people widely disagree in the appreciation of artistic achievements, it is not possible to explode the talk about the artistic inferiority of the age of capitalism in the same apodictic way in which one may refute errors in logical reasoning or in the establishment of facts of experience. Yet no sane man would be insolent enough as to belittle the grandeur of the artistic exploits of the age of capitalism.

The preeminent art of this age of “mean materialism and money-making” was music. Wagner and Verdi, Berlioz and Bizet, Brahms and Bruckner, Hugo Wolf and Mahler, Puccini and Richard Strauss, what an illustrious cavalcade! What an era in which such masters as Schumann and Donizetti were overshadowed by still superior genius!

Then there were the great novels of Balzac, Flaubert, Maupassant, Jens Jacobsen, Proust, and the poems of Victor Hugo, Walt Whitman, Rilke, Yeats. How poor our lives would be if we had to miss the work of these giants and of many other no less sublime authors.

Let us not forget the French painters and sculptors who taught us new ways of looking at the world and enjoying light and color.

Nobody ever contested that this age has encouraged all branches of scientific activities. But, say the grumblers, this was mainly the work of specialists while “synthesis” was lacking. One can hardly misconstrue in a more absurd way the teachings of modern mathematics, physics and biology. And what about the books of philosophers like Croce, Bergson, Husserl, and Whitehead?

Each epoch has its own character in its artistic exploits. Imitation of masterworks of the past is not art; it is routine. What gives value to a work is those features in which it differs from other works. This is what is called the style of a period.

In one respect the eulogists of the past seem to be justified. The last generations did not bequeath to the future such monuments as the pyramids, the Greek temples, the Gothic cathedrals and the churches and palaces of the Renaissance and the Baroque. In the last hundred years many churches and even cathedrals were built and many more government palaces, schools and libraries. But they do not show any original conception; they reflect old styles or hybridize divers old styles. Only in apartment houses, office buildings and private homes have we seen something develop that may be qualified as an architectural style of our age. Although it would be mere pedantry not to appreciate the peculiar grandeur of such sights as the New York skyline, it can be admitted that modern architecture has not attained the distinction of that of past centuries.

The reasons are various. As far as religious buildings are concerned, the accentuated conservatism of the churches shuns any innovation. With the passing of dynasties and aristocracies, the impulse to construct new palaces disappeared. The wealth of entrepreneurs and capitalists is, whatever the anticapitalistic demagogues may fable, so much inferior to that of kings and princes that they cannot indulge in such luxurious construction. No one is today rich enough to plan such palaces as that of Versailles or the Escorial. The orders for the construction of government buildings do no longer emanate from despots who were free, in defiance of public opinion, to choose a master whom they themselves held in esteem and to sponsor a project that scandalized the dull majority. Committees and councils are not likely to adopt the ideas of bold pioneers. They prefer to range themselves on the safe side.

There has never been an era in which the many were prepared to do justice to contemporary art. Reverence to the great authors and artists has always been limited to small groups. What characterizes capitalism is not the bad taste of the crowds, but the fact that these crowds, made prosperous by capitalism, became “consumers” of literature — of course, of trashy literature. The book market is flooded by a downpour of trivial fiction for the semibarbarians. But this does not prevent great authors from creating imperishable works.

The critics shed tears on the alleged decay of the industrial arts. They contrast, e.g., old furniture as preserved in the castles of European aristocratic families and in the collections of the museums with the cheap things turned out by big-scale production. They fail to see that these collectors’ items were made exclusively for the well-to-do. The carved chests and the intarsia tables could not be found in the miserable huts of the poorer strata. Those caviling about the inexpensive furniture of the American wage earner should cross the Rio Grande del Norte and inspect the abodes of the Mexican peons which are devoid of any furniture. When modern industry began to provide the masses with the paraphernalia of a better life, their main concern was to produce as cheaply as possible without any regard to aesthetic values. Later, when the progress of capitalism had raised the masses’ standard of living, they turned step by step to the fabrication of things which do not lack refinement and beauty. Only romantic prepossession can induce an observer to ignore the fact that more and more citizens of the capitalistic countries live in an environment which cannot be simply dismissed as ugly.