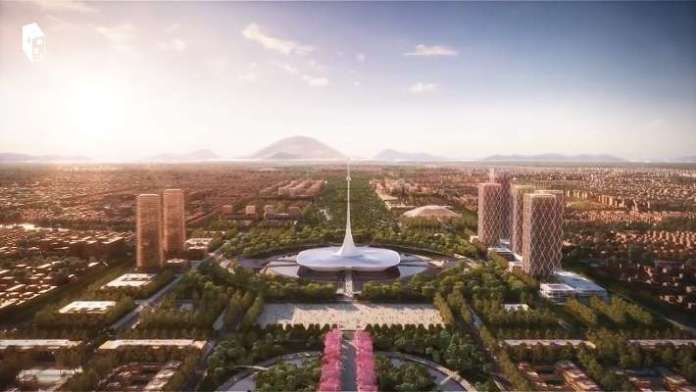 In a significant move, which will have repercussions at multiple levels, the World Bank has decided to pull out of the $300 million lending to the Amaravati Capital City project in Andhra Pradesh. Activists have claimed it a major victory for the people. After Bolivia, now Indians have declared freedom from Central Bankers.

Working Group on International Financial Institutions (WGonIFIs) and the affected communities of the Amaravati Capital City Project have welcome the decision. The Bank arrived at this decision after a series of representations it received from many people’s movements and civil society organisations over the past years, and a complaint to its accountability mechanism, Inspection Panel, by the affected communities.

“We are happy that World Bank took cognizance of the gross violations involved in the Amaravati Capital City project, threatening the livelihood of people and fragile environment. After Narmada and Tata Mundra, this is the third major victory against the World Bank Group.

We are happy that the Inspection Panel which was created due to the struggle of Narmada Bachao Andolan played its critical role here. While we celebrate this victory of people, who stood up to the intimidation and terror of the state, we warn the government and financial institutions not to push their agenda without the consent of the people” said Medha Patkar, senior activist of Narmada Bachao Andolan and National Alliance of People’s Movements.

Ever since the Amaravati Capital City Project was conceptualized in 2014, environmental experts, civil society organisations and grassroots movements have expressed their anguish over the grave  violations of the social and environmental laws, financial unviability, massive land-grabbing of the fertile land in the garb of voluntary land-pooling, open threats to the complainants by none other than the then Chief Minister, along with  concerns of losing fertile farmlands and livelihoods.

Mallela Sheshagiri Rao from the Capital Region Farmers Federation said, “With uncertainty hovering above us in respect to our land and livelihood, we had suffered sleepless nights with fear and pain. The struggle has made a mark in our lives that we can never forget. We hope the larger message of World Bank’s pulling out of this project will be heard by the state and other financiers and will address the concerns of people with honesty and commitment.”

Another co-financier of the project Asian Infrastructure Investment Bank (AIIB), projected themselves as the Post-Paris Bank, signalling the commitment to tackle climate emergency, is in focus now. While the project is still listed under consideration in their official documents, having entered in this project only as a co-financier and AIIB used World Bank’s policies to adhere to in this project, as a co-financier, the status of the AIIB now is unclear, with World Bank pulling out.

“For a change, good sense has prevailed upon the Bank to withdraw from the disastrous programme.  This also vindicates our stance that despite its rhetoric of a Post-Paris Bank, Asian Infrastructure Investment Bank (AIIB), which is a co-financer in the project, can no longer hide behind the World Bank which it has been doing as a co-financier,” said Sreedhar R, Chair, International Committee, NGO Forum on ADB and Director, Environics Trust.

Tani Alex of Centre for Financial Accountability said, “This is another instance of people’s power forcing institutions like World Bank responsive to their concerns. While the people affected by the project stood a firm ground, support and solidarity from a number of other organisations amplified their concerns at appropriate forums. This is a victory of people and their unnerving demands for accountability and justice.”

After bifurcation of the erstwhile Indian state of Andhra Pradesh in June 2014, both the new states of Telangana and Andhra Pradesh decided to share Hyderabad as capital for 10 years. In September 2014, N Chandrababu Naidu, the former Chief Minister of Andhra Pradesh announced Amaravati as the proposed capital city, to be developed over many years. The World Bank and AIIB were under consideration to finance the USD 715 million project.

Even in its risk assessment, World Bank had assigned this Project category A, signifying the social and environmental impacts. The project was criticized for building the city on the floodplains of river Krishna, diverting fertile farmlands and forests, displacing around 20,000 families, forcefully acquiring lands, and favoring contractors for the construction of the city. A complaint with the Inspection panel (Independent accountability mechanism) of the World Bank was filed by the affected community in 2017 to investigate the project for violation of the World Bank’s safeguard policies. This complaint was under process and the Board of the Bank was waiting for the recommendation on the eligibility of investigation from the Inspection Panel.