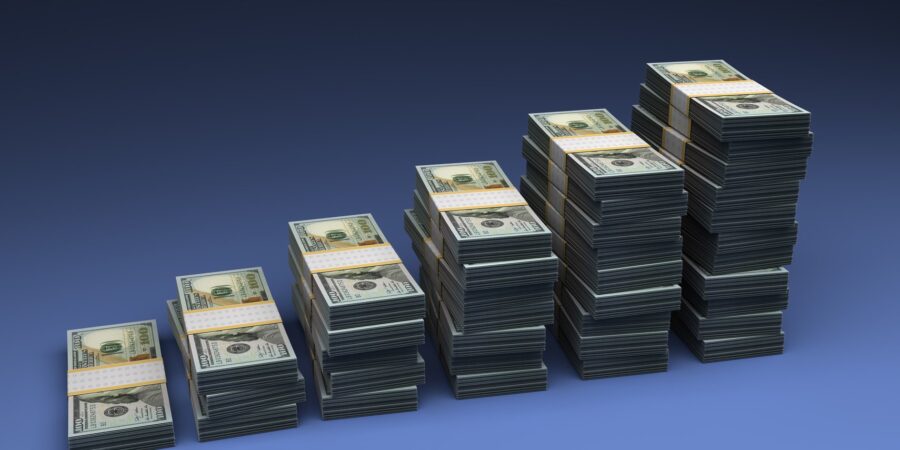 The most widespread monetary fallacy is probably the naïve belief that economic growth is possible only to the extent that it is accompanied by a corresponding growth of the money supply.

Suppose the economy grows at an annual rate of 5 percent. Then according to that fallacy it is necessary to increase the money supply also by 5 percent because otherwise the additional goods and services could not be sold.

The champions of this fallacy then point out that such growth rates of the money supply are rather exceptional for precious metals. Gold and silver are therefore unsuitable to serve as the money of a dynamic modern economy. We better replace them with paper money, which can be flexibly increased at extremely low costs to accommodate any growth rates of the economy.

Why It’s a Fallacy

The qualification “virtually” takes account of the fact that there are certain technological limitations on the use of the precious metals. Suppose there are high growth rates over an extended period of time. In this case, it might be necessary to reduce coin sizes to such an extent that producing and using these coins becomes unpractical.

This problem is very real in the case of gold. It has never existed in the case of silver which is also why many informed writers consider silver to be the money par excellence.

In any case, such technological problems pose no problem. As Bishop Oresme explained more than 700 years ago, the thing to do in such cases is simply to abandon the use of the unpractical coins, say gold coins, and switch to another precious metal, say silver. And, we may add, on the free market there are strong incentives to bring about such switching promptly and efficiently. No political intervention is necessary to support this process.

A more sophisticated variant of the growth-requires-more-money doctrine grants that any quantities of goods and services could be traded at virtually any money supply. But these advocates argue that, if entrepreneurs are forced to sell their products at lower prices, these prices might be too low in comparison to cost expenditure. Selling product inventories at bargain prices entails bankruptcy for the entrepreneurs.

But this variant is equally untenable, because it is premised on a mechanistic image of entrepreneurship. Fact is that entrepreneurs can anticipate any future reductions of the selling prices of their products. In the light of such anticipations they can cut offering prices on their own cost expenditure and thus thrive in times of declining prices. This is not a mere theoretical possibility but the normal state of affairs in periods of a stable or falling price level. For example, in the last three decades of the nineteenth century, both Germany and the U.S. experienced high growth rates at stable and declining consumer-price levels. The same thing is observed more recently in the market for computers and information technology, the most vibrant market since the 1980s, which has combined rapid growth with constantly falling product prices.