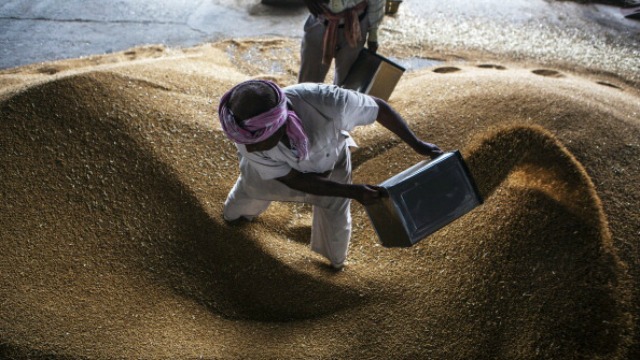 Originally published by Keshav Bedi on his blog under the title ‘What’s wrong with Indian agriculture and recent agricultural laws?‘

[This is written primarily for non Indian audience, however, others can benefit from it too]

Agriculture in India is a subject in state list. Which means, generally, state governments in India make laws on it, and not the union. Different states have different laws dealing with agriculture in their states. What most states have in common are “mandis” where produce by farmers is legally brought and sold. Mandis are nothing but heavily regulated markets, governed by APMC (Agricultural Produce and Marketing Committee) Act.

Let’s pause for moment and see how things have worked historically. In the 1950s and ’60s, India had severe shortages of wheat and rice. To motivate farmers to grow these two crops, union government offered what is called MSP (Minimum Support Price), which is minimum floor price at which government procures grains from farmers. [Union government procures these grains via FCI (Food Cooperation of India), and distributes it through PDS (Public Distribution System) to poor public at subsidized rate at what are called as “Ration shops.”]

Remember, this was the period when we had shortages of foodgrains.

Government was successful in its endeavours and India had what is now called as green revolution. It’s a label for spurt in production of wheat and rice to such an extent that India no longer needed it from elsewhere.

Now, situation is no longer the same. Far from it, we produce wheat and rice way more in excess of our requirement. So much so, that while our requirement for PDS is only 20-30 million tonnes, we have a stock piling of around 90 million tonnes. Around ₹2 trillion worth of money is locked in these stocks without any purpose. A screwed system of incentives has come into place, as a result of which Punjab is depleting water table by growing crops which are no longer needed, polluting air of entire north India by stubble burning, and so on.

Let’s now see some other facts.

1) Around 40%+ of Indian workforce is employed in agriculture. But the contribution of agriculture in GDP is merely 12%. Which means a large section of Indian population lives on meagre national income. Remember this also in the context of discussion on subsidy. When we’re talking of subsidizing agriculture, we’re talking about subsidizing 40%+ of India’s labor force and their families. I’ll let the reader be the judge of it whether this is feasible or not.

If India has to develop, labor force ought to move out of agriculture into other vocations.

2) Owing to political compulsions, union government announces MSP for 23 crops. However, this MSP is only notional. Government doesn’t buy all 23 crops at MSP. It will go broke if it procures all 23 crops at MSP pan India. But the political discourse in India has always been to increase farmers income by increasing MSP and extending its ambit. Hence, every government that comes in power announces it, but it hardly has any meaning.

3) Only 6% of farmers in India have been selling their produce at MSP to the government. Remaining more than 90% of farmers were selling their crops to the private sector. However, until now, they couldn’t sell directly to private sector legally. They had to go through mandis, where middlemen (or arthiyas as they’re called) charge their commission, state governments levy their taxes. Most of the times, buyers collude and buy farmers’ produce at throwaway price in auction at these mandis.

What union government has done with present laws is that they have made it legal for farmers to sell outside mandis to anyone they want to sell. This directly harms middlemen and state governments, because volume will go down in mandis, and their revenues, consequently, will go down.

And surprisingly, government hasn’t even said no. They have just allowed for the creation of parallel private markets. The fear of farmers is that, eventually, mandis will go away and corporates will suck their blood. Their argument is “it has been working for us so far, why bring anything new?” But just because its working for them doesn’t mean that the system is working.

There are huge costs to this system and everyone is bearing those costs.

The racket that is running currently is as follows: union government subsidizes Punjab’s farmer by buying wheat and rice from them at MSP (Since market price is often below MSP). In addition, union government pays taxes which state government levies in mandis, and it also pays for the commission of middleman. It then stores this produce, which is of no use. Some of the produce is sold at Ration shops by the government, by giving a further subsidy.

5) Among many problems of Indian farmers, one problem is that there is no arrangement for cold storage. So when, after harvest, farmers bring their crops to mandis, prices crash. And in lean season, when they have nothing, prices go up. Why do we not have storage facilities? Because of a law called Essential Commodities Act which authorises government to cease godowns whenever it feel there’s an emergency. Who will invest in storages in such a condition? Government can seize godowns anytime and buy at the price it wants.

Union government, therefore, relaxed the law a bit, so that private players, who have big pockets, can invest in such facilities. But the propaganda again is that corporates will suck blood out of farmers and consumers by hoarding.

Almost all political parties had promised reforms of these kinds in their election manifesto. But on seeing farmers protest, like chameleon, they have changed their colors. Everyone wants to cash in on prospective votes for future election. And the sick demand is continuation and even enlargement of what already ails Indian agriculture. Namely, giving legal status to MSP, enforcing it on even private sector, subsidizing diesel, scrapping law against stubble burning et al. [Farmers already get subsidized input, loan waivers, and even their output is subsidized by government.]

Nobody, not even union government, has the nerve to tell farmers the reality.