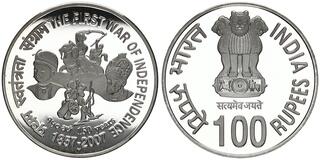 By Patrick Barron on Mises.org

Austrian school economists know that unsound money has been at the heart of disastrous government policies since time immemorial. The greater the ignorance of money, the greater the monetary debasement in order to fund government’s latest folly.

Monetary debasement always ends badly, but end it will. Robert L. Shuettinger and Eamon Butler, cofounder and director of the Adam Smith Institute, wrote Forty Centuries of Wage and Price Controls: How Not to Fight Inflation (2009), a very readable short book that covers a vast expanse of time. In The Ethics of Money Production,Jörg Guido Hülsmann outlined all the various schemes used over the millennia by those in government to counterfeit the lifeblood of the economy for their own purposes. But Professor Hulsmann, who wrote the book in 2010, probably could not have predicted the scale of today’s money expansion. What is the point of all this?

Well, the point is that the ignorant public and the tyrants who rule them apparently believe that all that is wanting to achieve some great goal is money. And since government can conjure all the money that it desires out of thin air, government ought to do so. It’s really as simple as that.

Along the way some almost universally accepted economic principles have had to be shunted aside. John Maynard Keynes, author of The General Theory of Employment, Interest, and Money and considered to be the father of modern macroeconomics, managed to concoct a new economic school of thought that completely ignored Say’s law. No longer was money an indirect medium of exchange to facilitate the transfer of real goods and services for other real goods and services, what Frank Shostak calls the exchange of “something for something.” No. Now money itself could be conjured out of thin air and used to confiscate real goods and services. No longer would government be forced to convince its constituents that its latest spending proposal was so necessary that it could justify an increase in taxes and/or the reduction or elimination of some other spending programs. Barring the failure of those two funding options, it would no longer be forced, as it had in the past, to convince savers that its credit was good. In other words, spending would be completely unshackled from the reality of uncertainty and scarcity.

The coronavirus pandemic has exposed the hollowness of what is called modern monetary theory (MMT). The horrible consequences of government shutdowns throughout the country have been truly “papered over” with trillions of dollars of fiat money through so-called stimulus checks, handouts to politically connected businesses, and boosts in unemployment payments. Real money would have revealed the damage to the world economy long ago, and I am do not doubt that shutdowns would have quickly stopped being used as a tool for controlling the virus. As it is, the shutdowns linger in many parts of the world, because the consequences are not yet fully seen.

The End of the Credit Cycle

Yet the coronavirus-inspired shutdowns and helicopter money to placate a frightened populace are merely the latest example of foolish government policies made possible only by the government’s ability to conjure money out of thin air. The broader background of weakening bank balance sheets has ensured a recession and possibly a depression through bank credit expansion funded not by an increase in real savings but central banks. In his latest warning that the end of the most recent credit cycle is nigh, Alasdair Macleod of Goldmoney.com paints a bleak picture of the weakness of the “globally systemically important banks” (G-SIBs):

the elephant in the room is systemic risk — visible to all but simply ignored. This is partly due to everyone in government and central banks, as well as their epigones in the investment industry and mainstream media, believing our economic problems are only a matter of Covid-19.

Governments have introduced emergency plans. The US Government is distributing money by metaphorical helicopters, and Britain has a furlough scheme and tax deferments. But they do little to alleviate the concerns of highly leveraged commercial bankers, facing the prospects of soaring bad debts. Bank balance sheet asset values to market capitalisation ratios strongly suggest the banking system cannot cope with what is ahead.

There is NOTHING that government can do to help the economy other than remove barriers to wealth creation and preservation that it itself created and allow the people the freedom to pursue their own ends. Since government creates nothing itself, all interventions interfere with what the people themselves desire and are nothing more than transfers of wealth for the benefit of some and the destruction of wealth for all. Yet wealth destruction may not be the worst thing that can happen. A nation can lose its freedom entirely when government doubles down and doubles down time and again in the pursuit of phantom fixes with ever increasing amounts of fiat money conjured out of thin air. It happened in Rome (Inflation and the Fall of Rome, a speech by Joseph R. Peden). It happened in Weimar Germany (When Money Dies, by Adam Fergusson). It certainly can happen here and now.