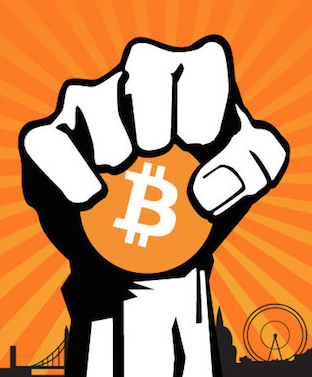 It’s now possible to send a text message to your family asking for bitcoin, and receive it minutes later for a tiny fee. Government censorship isn’t possible, as bitcoin isn’t routed through a bank or third party and instead arrives into your phone wallet in a peer-to-peer way. Then you can, moments later, sell your new bitcoin into fiat through a local Craigslist-style exchange, or load it onto a flash drive (or even memorize a recovery phrase) and escape Venezuela with complete control over your savings. A popular alternative – have your family wire money to a bank in Colombia, walk across the border to withdraw, then walk back to Venezuela with cash in hand – can take far longer, cost more, and be far more dangerous than the Bitcoin option.

Venezuela isn’t the only place where people can use Bitcoin as an escape valve. In Zimbabwe, Robert Mugabe printed endless amounts of cash and inflated the savings of his citizens into nothing, but his successors can’t print more bitcoin. In China, Xi Jinping can track all of your transactions on Alipay and WePay, but he cannot orchestrate mass surveillance on all Bitcoin payments. In Russia, Vladimir Putin can target an NGO and freeze its bank account, but he can’t freeze its Bitcoin wallet. In a refugee camp, you might not be able to access a bank, but as long as you can find an Internet connection, you can receive bitcoin, without asking permission and without having to prove your identity.