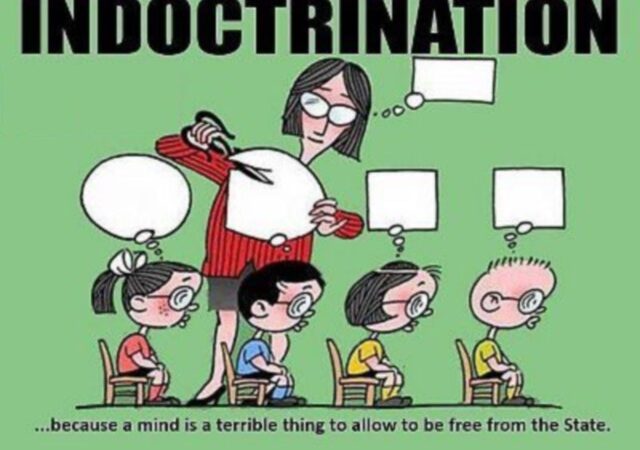 By Madhusudan Raj at Mises India

After coming to power in 2014 the Indian prime minister Narendra Modi is spearheading a movement to change India completely. He and his ideological backers RSS want a New India which is supposedly rooted in ancient Indian traditions. They want to discard the “Old India” which they believe was built by the British colonial masters.

In their effort to build this New India they have drafted a new national education policy. The vision of this policy is,

The implementation of this policy has slowly begun. In this brief article I am going to discuss this policy and some of its most important implications.

First, before we discuss this new national education policy we need to discuss whether any such national education policy is required. We must question the very need of such national policies. Should education be centralized and provided by the state in a uniform fashion to everyone? Or should it be free market education where everyone has a choice of studying whatever subjects they want to based on their own curiosity? As Murray Rothbard and world famous teachers like John Taylor Gatto and John Holt, or self taught geniuses like Benjamin Franklin etc., have said, education is better left to the wishes of the learners i.e., students and their parents. This is necessary because nature has made us all in different molds. Every child is different with different educational needs. Rothbard puts it nicely,

One of the most important facts about human nature is the great diversity among individuals. Of course, there are certain broad characteristics, physical and mental, which are common to all human beings.3 But more than any other species, individual men are distinct and separate individuals. Not only is each finger- print unique, each personality is unique as well. Each person is unique in his tastes, interests, abilities, and chosen activities. Ani- mal activities, routine and guided by instinct, tend to be uniform and alike. But human individuals, despite similarities in ends and values, despite mutual influences, tend to express the unique imprint of the individual’s own personality. The development of individual variety tends to be both the cause and the effect of the progress of civilization. As civilization progresses, there is more opportunity for the development of a person’s reasoning and tastes in a growing variety of fields. And from such opportunities come the advancement of knowledge and progress which in turn add to the society’s civilization. Furthermore, it is the variety of individual interests and talents that permits the growth of specialization and division of labor, on which civilized economies depend.

Since each person is a unique individual, it is clear that the best type of formal instruction is that type which is suited to his own particular individuality. … It is obvious, therefore, that the best type of instruction is indi- vidual instruction. A course where one teacher instructs one pupil is clearly by far the best type of course. It is only under such con- ditions that human potentialities can develop to their greatest degree. It is clear that the formal school, characterized by classes in which one teacher instructs many children, is an immensely inferior system. (Source: Education: Free and Compulsory)

Against the backdrop of this human diversity, the uniform national education will kill the Individual and with it India.

The most erroneous assumption is to the effect that the aim of public education is to fill the young of the species with knowledge and awaken their intelligence, and so make them fit to discharge the duties of citizenship in an enlightened and independent manner. Nothing could be further from the truth. The aim of public education is not to spread enlightenment at all; it is simply to reduce as many individuals as possible to the same safe level, to breed and train a standardized citizenry, to put down dissent and originality. That is its aim in the United States, whatever the pretensions of politicians, pedagogues and other such mountebanks, and that is its aim everywhere else.

This policy only makes sense from the state’s perspective. Our ruling masters want to breed a standard docile citizenry who will never question the government and its policies no matter how unjust or injurious they are. Public education always breeds mediocrity. It kills individual efforts and produces robot like zombies. Governments always hate those individuals who can critically think for themselves. Politicians don’t like anyone who dissents or questions their authority, and so this new national education policy.

After knowing the above facts, for me there is nothing much else to discuss about this policy, but for the sake of discussion let us take up one central feature of this policy and analyze it.

As a recent Mises India article discussed, the process of concentration of power in New Delhi frim the Prime Minister’s office has been increasing since 2014, and this new national education policy is yet another step in the direction of centralization of power. The draft report says,

The organisational set- up and the coordination structures for the Rashtriya Shiksha Aayog (RSA)/National Education Commission (NEC) will draw their authority from the highest political levels of the country. This highest body is being placed under the responsibility of the Prime Minister himself/herself so that in his/ her role as the highest functionary of the government of the country, the Prime Minister can bring his/her authority to create the necessary synergies and provide direction to this national endeavour, as a part of the country’s overall vision of a knowledge society. (p. 32)

In fact, the whole national education policy is drafted to fulfill the wishes of prime minister Narendra Modi. The report says,

India aspires to take its place beside the United States and China as the third largest economy by 2030-2032, the same period during which this Policy will bring about the biggest transformation. India is the sixth largest economy now and we will reach five trillion in five-seven years taking us to fourth or fifth position. By 2030-2032 we will be the third largest economy at over ten trillion. Our ten trillion economy will not be driven by natural resources, but by knowledge resources. We have not looked ahead into the implications of being the world’s third largest economy. It will be a totally different environment. Ecosystems force us to think differently and achieving this milestone will have ramifications all across the country. Are we ready to take our place besides the USA and China as the top three largest economies of the world and be confident of sustaining it in the following years? To do this, we will need a knowledge society based on a robust education system, with all the requisite attributes and characteristics in the context of changes in knowledge demands, technologies, and the way in which society lives and works. In this context, the Prime Minister’s recent call to leverage the Fourth Industrial Revolution to take India to new heights is particularly apt. (emphasize mine) (p. 33)

India doesn’t aspire to anything because India as a collective entity does’t exist. It is an imaginary entity in whose name state officials like politicians, bureaucrats, and technocrats who drafted this policy, are trying to impose their ideas of India on 1.4 billion Indians.

There is nothing new in this new education policy. Just like past policies, this is the same central planning exercise in education sector, and just like all other central planning systems this system will also fail in achieving its lofty objectives. True education is the one which is left to the learners themselves. The schooling system cannot provide education.

As far as all the lofty goals are concerned, of critical thinking or quality education etc., that are  mentioned in the draft policy, all those goals can easily be achieved if education is left to the individuals instead of being centrally planned and provided by the state. In this regard, the education sector of India must be freed of any governmental/state interference. Public education should be dismantled and such national education policies, and the education ministry itself, must be scrapped and abolished. Alternative educational approaches like homeschooling or unschooling must be legalized and education must be left to the private affairs of learners.